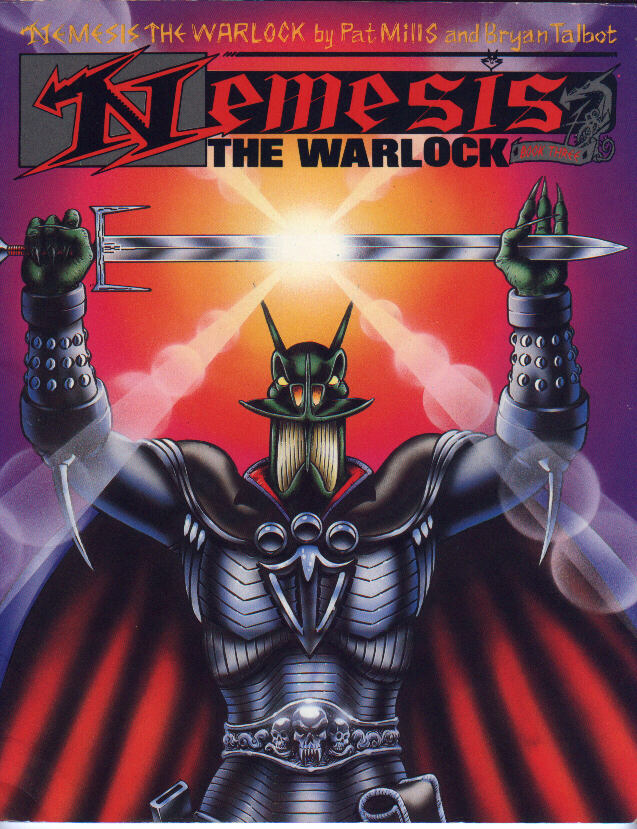 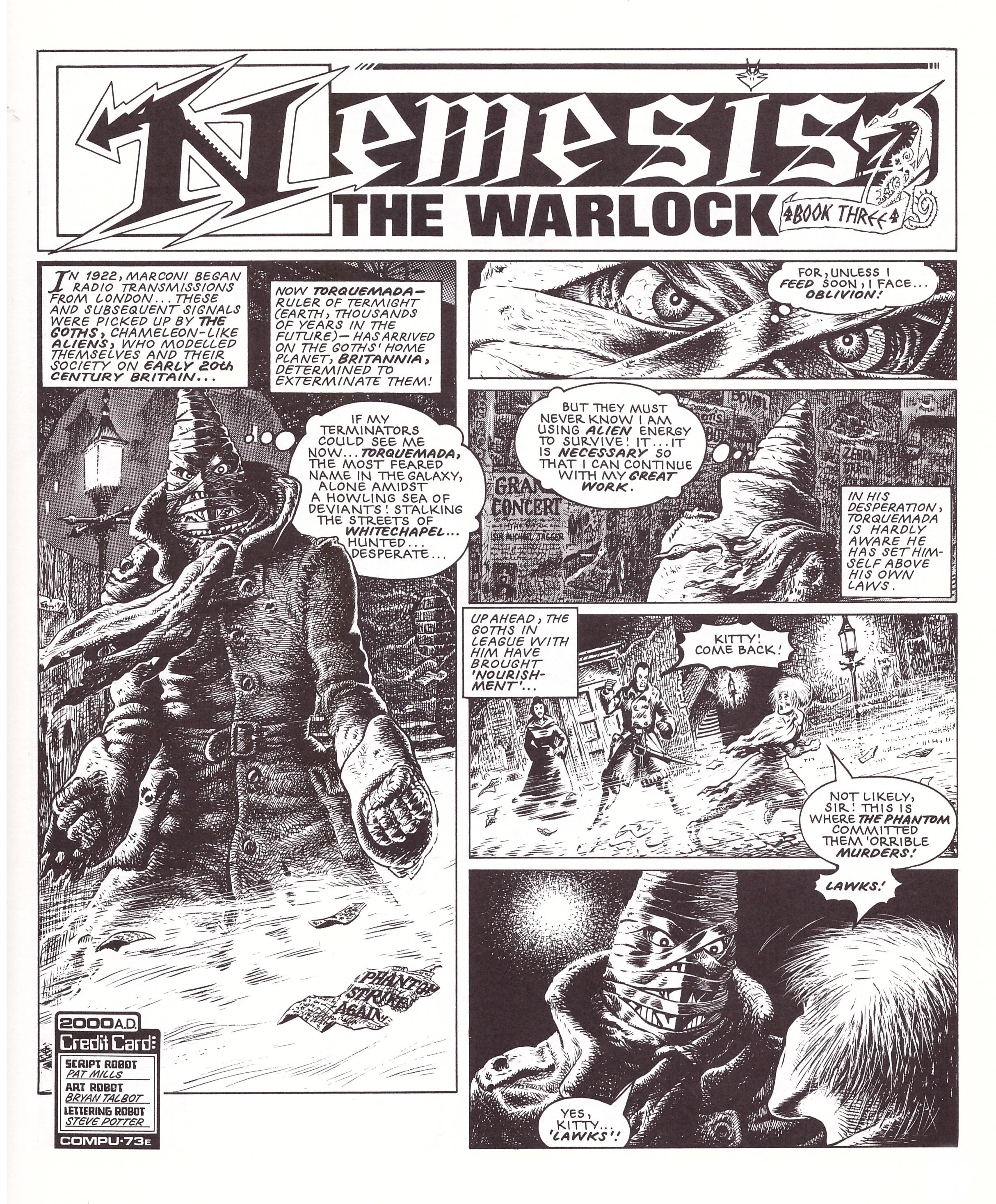 Book Three of Pat Mills’ Nemesis the Warlock, also known as ‘The Gothic Empire’, brings a new artist to the project, but the quality remains high.

This was originally published at the end of 1984 and the beginning of 1985 in 2000 AD as Book Four of Nemesis. Titan’s decision to ignore the Jesus Redondo-drawn Book Two, as discussed in other reviews, meant that this material first appeared in reprint form as Book Three. But actually, this was where the saga was meant to have started. After the two original stories, ‘Terror Tube’ and ‘Killer Watt’, Mills and Kevin O’Neill began work on a story set on a world where shape-changing aliens had received radio transmissions from Earth, and consequently modelled their society after early twentieth-century Britain, only with bizarre technical developments – what would be called ‘steampunk’ if the term had been invented then. However, they realised after O’Neill had drawn a couple of episodes that more background was needed to establish the characters, and so the previous three books were written.

By the time it came to return to ‘The Gothic Empire’, the amount of time O’Neill was putting into the strip was seriously delaying production, and the prospect of more lucrative work from DC Comics caused him to leave Nemesis. In his place came Bryan Talbot, who had demonstrated his suitability for depicting this sort of Victoriana and Edwardiana through the proto-steampunk Adventures of Luther Arkwright.

Talbot makes the strip his own right from his very first page (see sample image). He does not attempt to duplicate his highly detailed Luther Arkwright style, thus avoiding the delays that bedevilled O’Neill. Nor does he ape O’Neill’s style, though echoes of the latter’s grotesqueries remain. Instead, Talbot employs a slightly muddier version of his usual style, with lots of echoes of Victorian book illustration. He is particularly successful at depicting the shape-shifting Goths, showing them as imitators of human form who haven’t quite got it right, and are hence noticeably ‘alien’. There are also some dynamic fight scenes.

It helps enormously that Mills is also on stonking form. He brings back Ro-Jaws and Hammerstein from Ro-Busters, and the ABC Warriors, whose reappearance is all the more poignant for having been delayed for four years while the set-up books were written. The narrative flows freely, both within episodes and from one episode to the next, so that it is only rarely that the resolution of a cliff-hanger seems forced. The prime example of this is when Nemesis declares at the end of one episode that he can do nothing to save Ro-Jaws from execution, then stops said execution in the first panel of the next story. Torquemada’s characterisation is deepened, and it’s no surprise that Torquemada won the Eagle Award for Best Villain in 1986. At the same time, Mills begins to undermine Nemesis’ status as a hero as for the first time, but not the last, the Warlock vows to exterminate humanity.

This is the high-water mark for Nemesis, and it would have been an entirely satisfactory point for the strip to end. However, Mills felt there was more to say, and the story continues in Book Four. The material published in Book Three is also to be found, as Book Four, in The Complete Nemesis the Warlock Book 01.