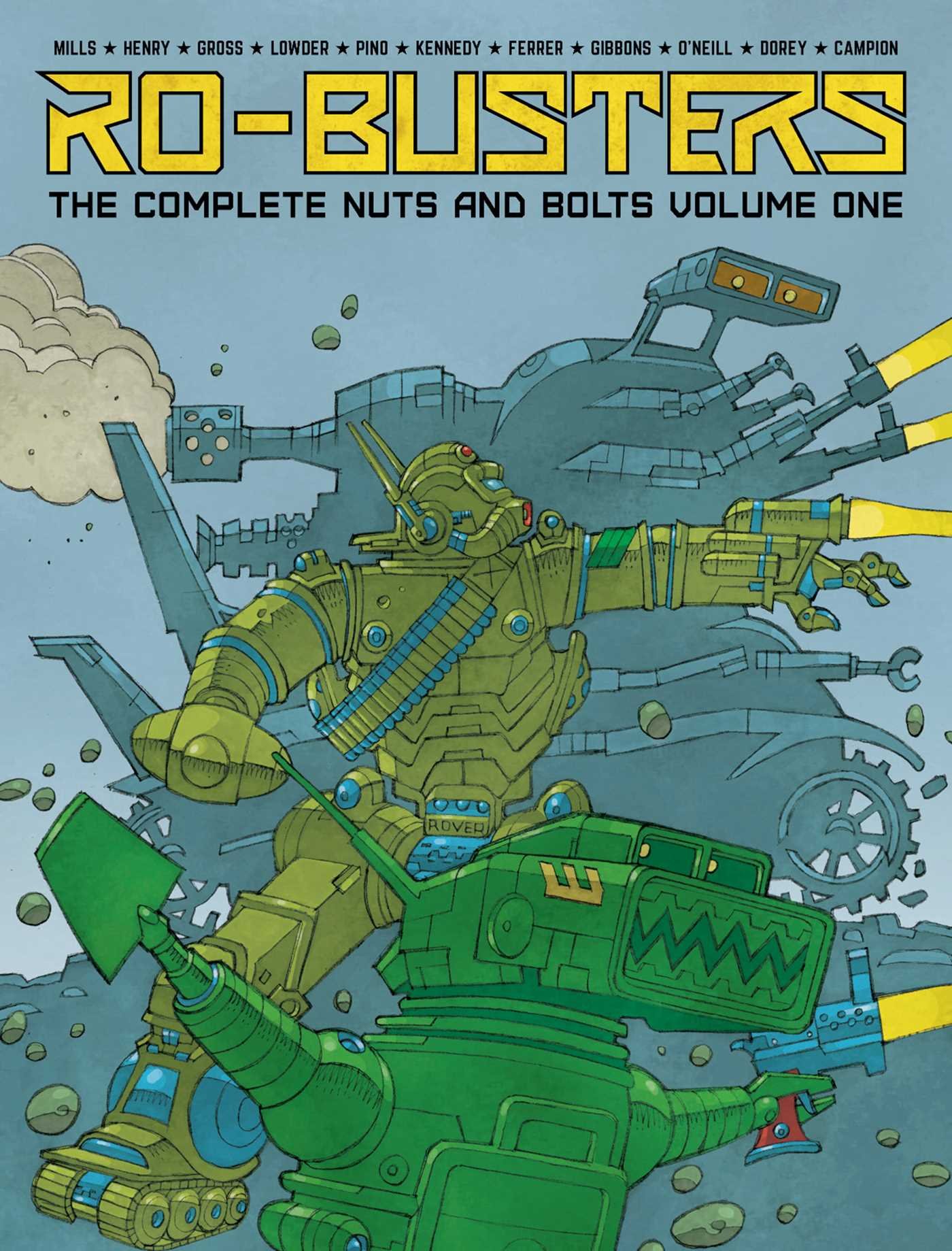 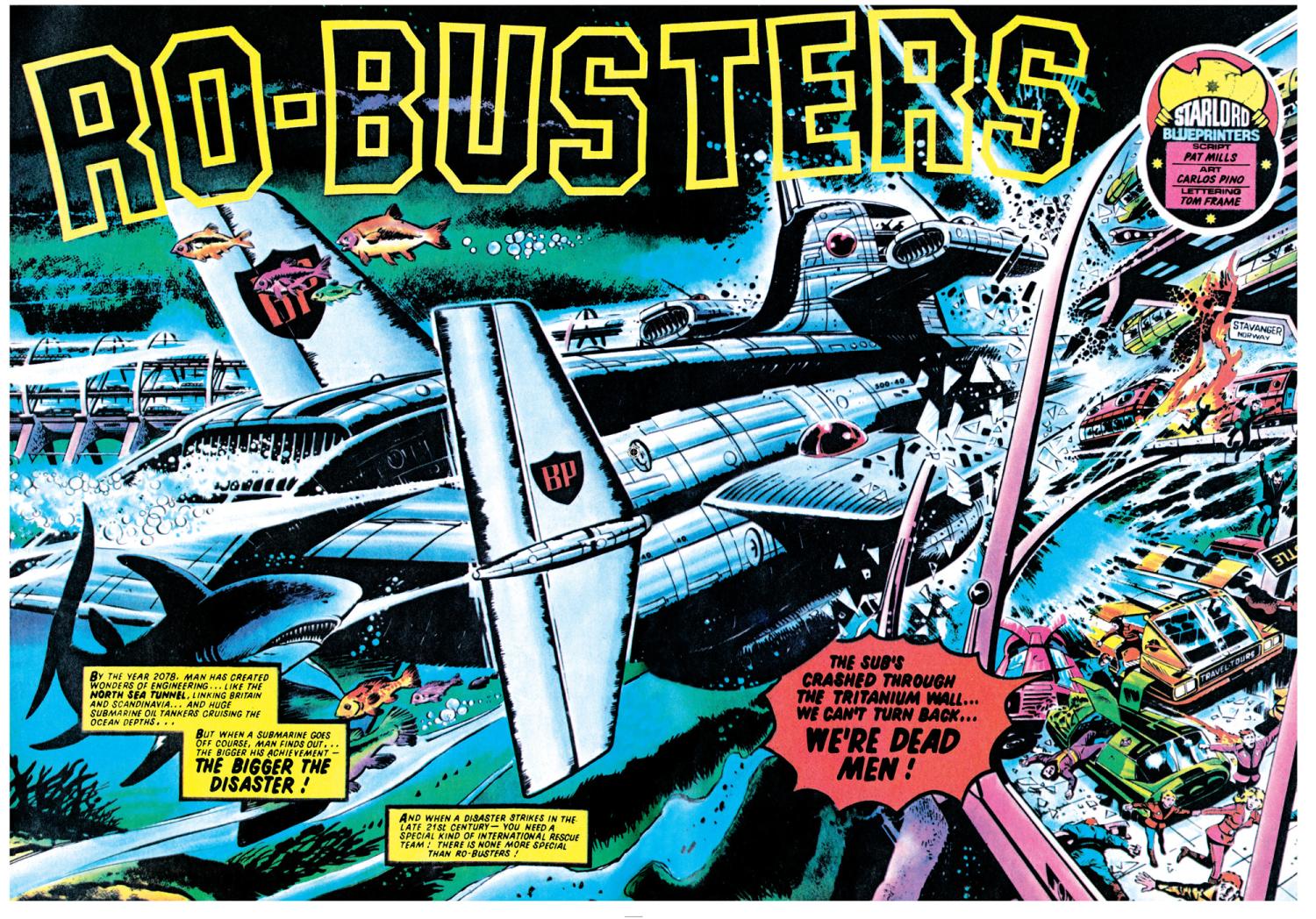 Ro-Busters originated in what was intended as a companion comic to 2000AD, but the new title, Starlord, introduced in 1978, would feature far more colour sections.

It proved a short-lived venture, but something about a rescue organisation of robots, able to access areas beyond human capability, struck a chord. When Starlord was cancelled the strip transferred to 2000AD, and ran there until writer Pat Mills morphed it into ABC Warriors. All previous reprintings have been in black and white, and some colour pages transferred particularly poorly when seen in The Complete Ro-Busters.

The Complete Nuts and Bolts rectifies that problem, but it has to be asked why anyone considered this worth doing. While Kevin O’Neill’s fantastic cast designs surely influenced their popularity, the strip was aimed squarely at the juvenile market, and Mills tailored his scripts accordingly. He’s inventive with the disasters requiring the attendance of Ro-Busters, and makes an effort with the characterisation of the pair that became favourites, unruly sewer droid Ro-Jaws, and resilient ex-military robot Hammerstein. Otherwise, though, his plots lack much in the way of suspense or surprise.

What life there is, is sucked out by the resolutely bland art of Carlos Pino and José Luis Ferrer, and while British comics stalwart Ian Kennedy is marginally better, he sticks to the eccentricity of the established page designs. One of his two contributions features a giant space rocket lodged among the higher floors of a skyscraper. Would that even be considered today?

Other than O’Neill, the only person really going that extra mile is Dave Gibbons, who draws an early strip about an experimental gas loose in a prison.

Volume one, then, isn’t much to write home about. If there is to be a volume two, though, it will be far better. Mills found a way to make the strip interesting, Gibbons draws the best story in the run, and there’s also work from O’Neill and Mike McMahon. Much of that content can be found in the best of the three Ro-Busters collections (on the basis that it’s selective), Ro-Busters: The Disaster Squad of Distinction.