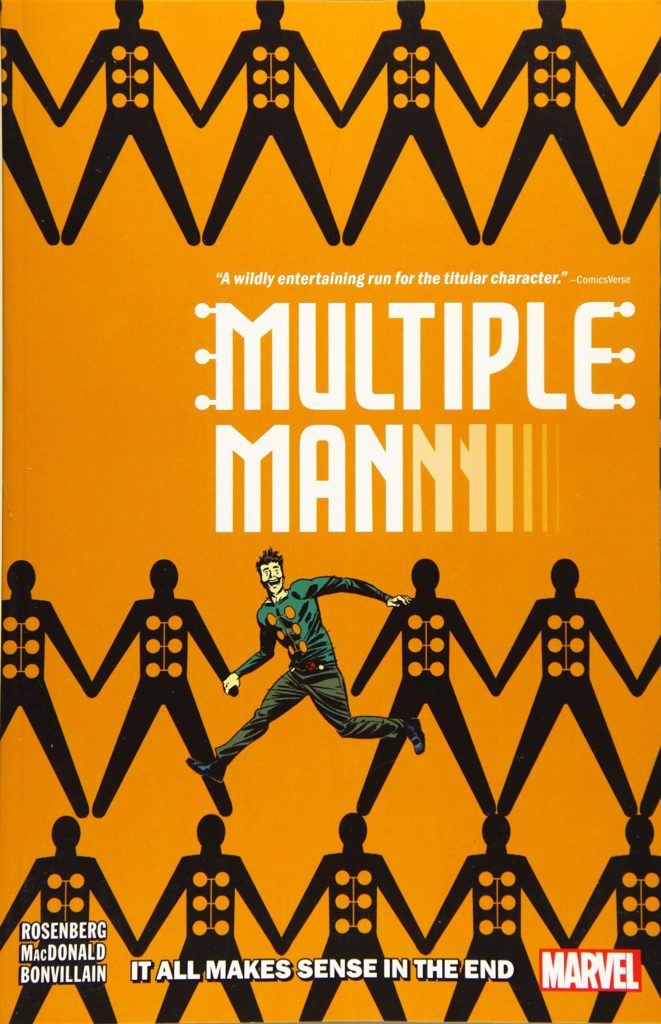 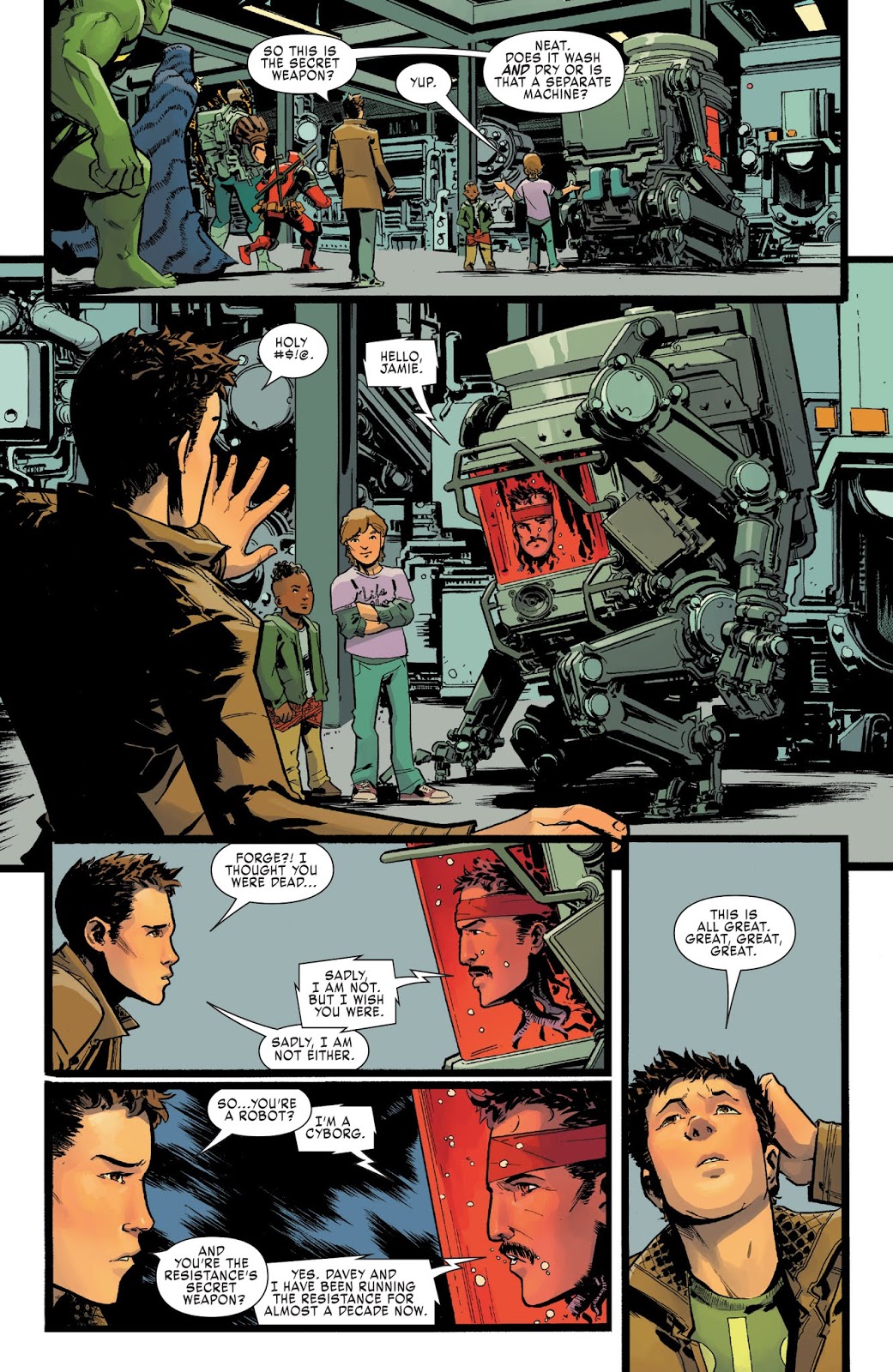 Since the 1970s Jamie Madrox has been part of Marvel’s mutant community without ever becoming a headliner. He helmed X-Factor during a long run by Peter David, and earned one earlier solo graphic novel. Just the type of character, then, that Marvel could kill during an ‘event’ without too many complaints, while maintaining the pretence that he’ll not be back. However, Multiple Man comes with an easy return clause, being as his mutant power is to create multiples of himself. He can absorb them all back at will, but was known to leave some of them be to live separate lives.

Credit Matthew Rosenberg with not taking the easy option. He certainly extrapolates along the lines of what Madrox can do, while complicating that by throwing in time travel, all of which makes the volume title (not included on the cover of all printings) a clever one. Also clever is the way Rosenberg manages to include several other popular Marvel heroes, or at least combined versions of them, and he nails Madrox’s sardonic attitude via the dialogue. What it all boils down to is that Madrox is supposed to be dead, but somehow he’s not, and it might just be better for everyone if he were. It’s complicated, at times it’s very funny, and it’s really nicely drawn.

That’s down to Andy MacDonald, who impresses even if it’s taken into account that he has a head start on other superhero artists because it doesn’t matter if all his people look the same. In fact it’s pretty well essential that they do beyond a certain point. MacDonald’s a workshorse, Madrox’s costume being fiddly enough (thanks to John Buscema), without having to draw it dozens of times, often in the same panel. If that wasn’t effort enough, Rosenberg’s script calls for use of another of Marvel’s trickier characters to draw. MacDonald still packs those panels, providing background detail in addition to foreground action, and one great clunky robot.

Despite all the alternates, all the skipping through time and further complications, Rosenberg’s opening chapter is relatively straightforward, but it quickly ratchets up to complex thereafter. And after that, it becomes even more complex, taking some following, but as well as all making sense in the end, it all works out in the end. Well, sort of, just like The Big Lebowski worked out in the end, sort of. It All Makes Sense in the End is an enjoyable romp making excellent use of Madrox, his powers and the vagueness of time travel. If you’ve ever had a fondness for Multiple Man, don’t miss out.