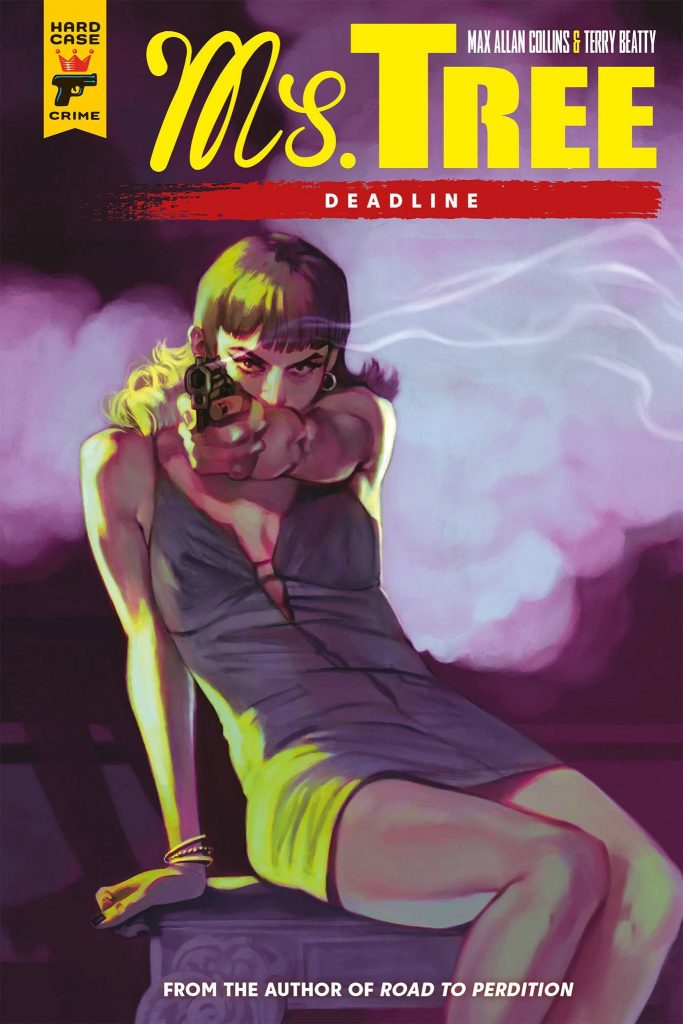 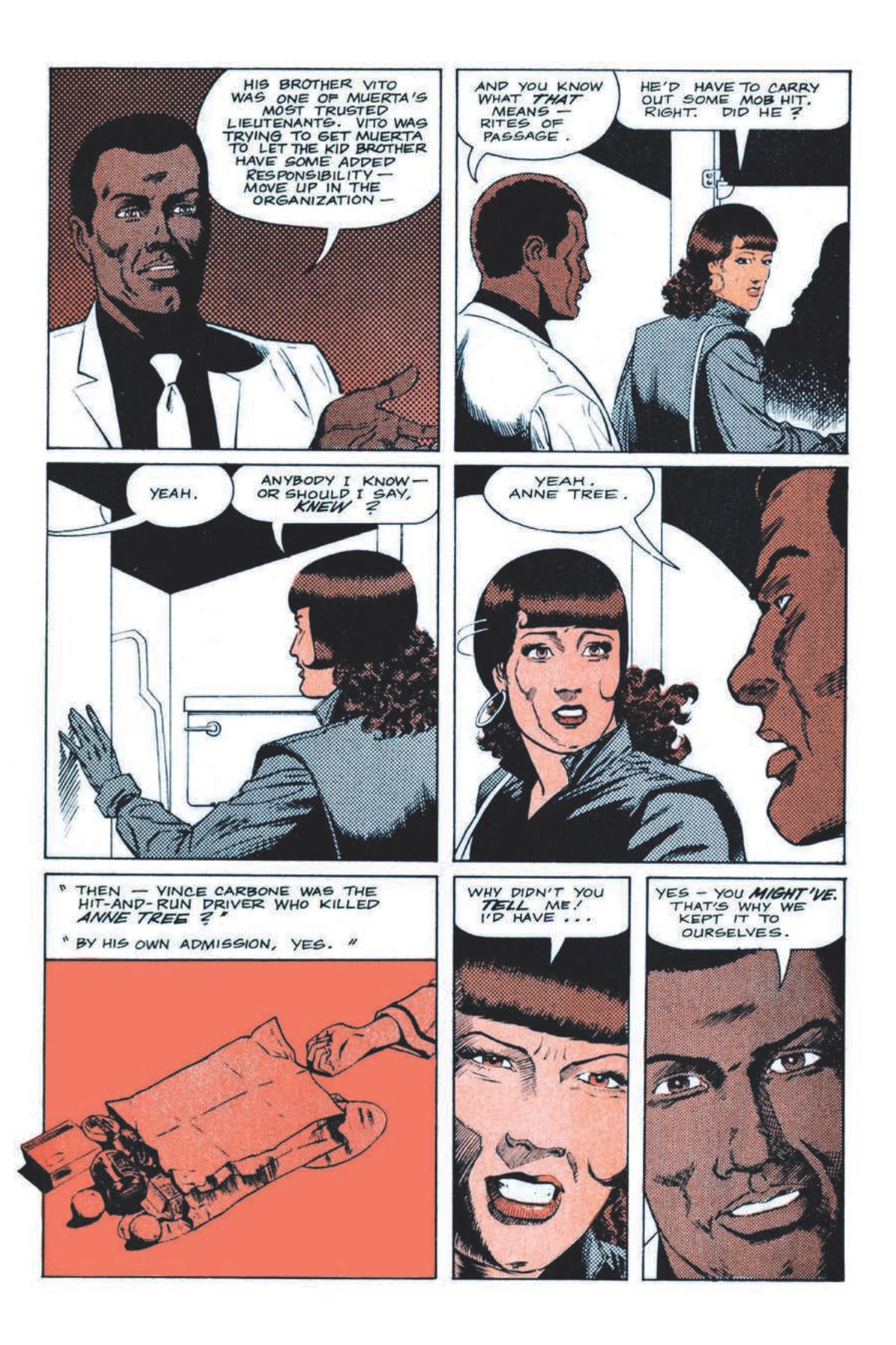 Having begun their selection of Ms. Tree reprints with a dip into her later career, Hard Case returned to the beginning with The Cold Dish, and before a big leap to a later story Deadline continues from where that left off. However, where it left off was with colour comics, and when Ms. Tree switched publishers back in the 1980s full colour was no longer an option.

Artist Terry Beatty devised a compromise familiar to readers of British weekly comics from the 1930s onward, combining black and white with just the single extra colour for a distinctive alternative. Here it’s most often red, although there’s one mistaken step into light blue midway through an eight chapter story. It’s pleasing to note the art has been remastered as it originally experienced some teething problems. When first published Ms. Tree’s face was vivid red on the sample page.

In his introduction Max Allan Collins notes Ms. Tree as a vehicle for stories he couldn’t publish in the daily Dick Tracy newspaper strip he also wrote, and thinly disguised comments about Rupert Murdoch’s newspaper proprietorship presumably fall into that category. As would several other inclusions, not least the rapes of the title story. It concerns a female serial killer and a sleazy journalist working on Ms. Tree’s biography. Her co-operation would be preferable, but isn’t essential. As ever, Mafia boss Dominic Muerta is an influential presence, if not always seen.

The corpses pile up early as Collins supplies mysteries, dropping clues for readers to figure out before Ms. Tree, and it’s a rare day when he hasn’t hit the right balance. What holds Ms. Tree back, though, is her unlikeable personality. She has good cause to be angry, and in her investigative trade being tough-talking and capable of violence is a distinct benefit, but it’s only in the occasional narrative caption that she has a nice word for anyone. Even innocents are treated with a snotty, patronising attitude, although flip genders and Collins would be presenting a noir archetype. Still, it’s wearing, and peppering her dialogue with what were topical references at the time hasn’t aged well either.

‘Deadline’ moves along at a clip, but the subsequent ‘Skin Deep’ suffers from the same formula of knocking on one door after another being followed and the cast being too caricatured. However the following ‘Runaway’ benefits greatly from the investigation being closer to home, so to speak, and giving a greater meaning to Ms. Tree’s abrasive personality. It’s followed by ‘Runaway II’ from two years later, which is the collection’s highlight. There’s greater confidence to Beatty’s art, which is altogether more ambitious and stylish, and a greater invention to the smaller moments from Collins. It uses the porn industry as a backdrop, smartly tying up Ms. Tree to such an extent readers almost forget she’s investigating a death. Unfortunately some spoilers are dropped with regard to the content of what’s likely to be the next collection. A brief and slight teaming with Mike Mist brings Deadline to a close.

Just in case it occurs to wonder why the chapters are short, it’s because when originally serialised it was two to a comic, each ending on a cliffhanger, but separated by other material.