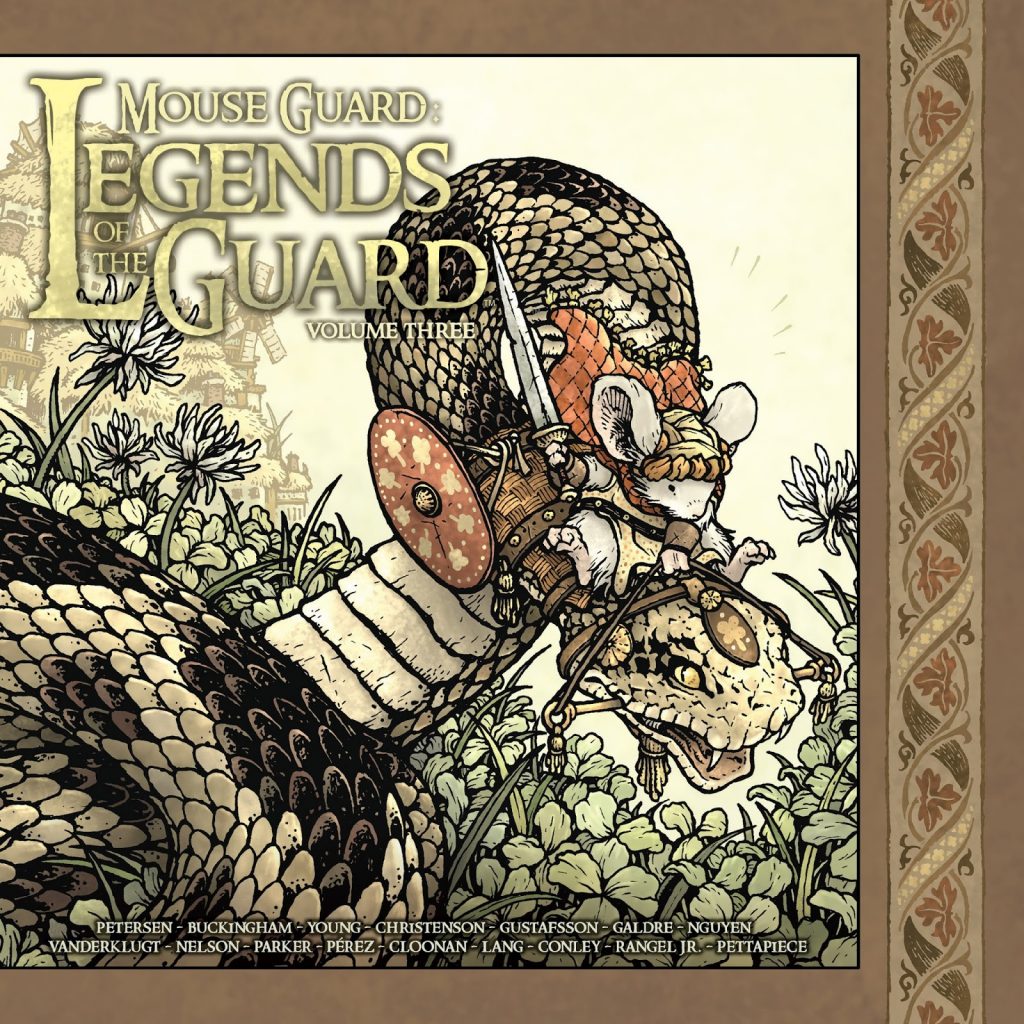 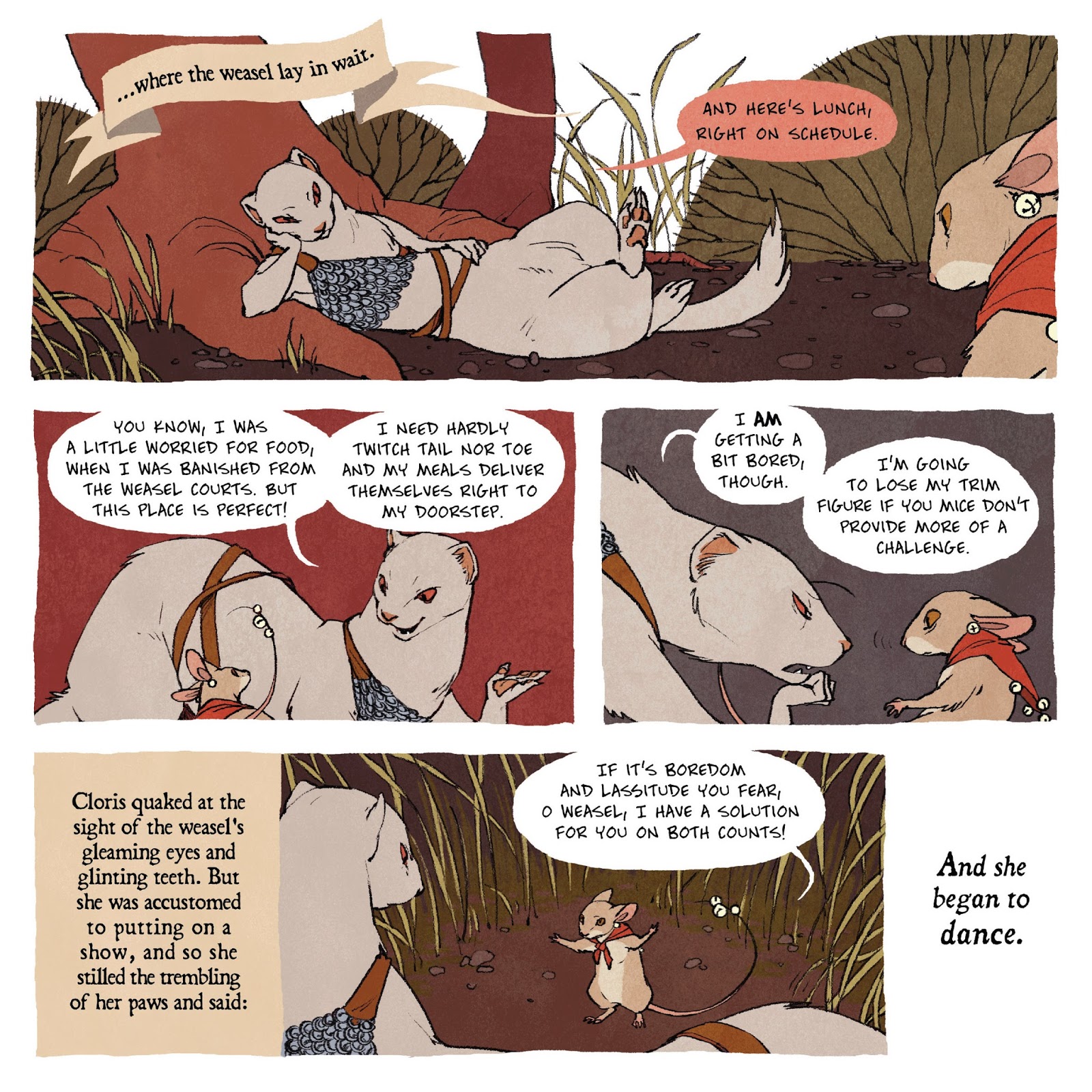 This third Legends of the Guard collection follows the pattern of the first two, David Petersen stating in the introduction that he wants to mix highly praised visual storytellers with talents he feels are under-appreciated. So we have animal fable master Mark Buckingham sharing the pages with the amazing Aaron Conley, with the sample art the work of another lesser known talent who shines, Kyra Vanderklugt. Hers is a standout strip about how to deal with a threat. As before, Petersen’s contribution is restricted to framing and connecting pages certifying the individual stories as told by inn patrons in the hope of clearing their unpaid bills, which still means a lot of his art.

The Mouse Guard operate in a feudal world where they are the intelligent beings dealing with many known creatures, such as geese in Buckingham’s story, whose intelligence level is the same as in our world.

It’s an astonishingly rare anthology where the appeal of every contribution locks in, but this is a better selection than the previous volume, with the majority of stories unpredictable, poignant and tragic. Sometimes they’re all three, such as Dustin Nguyen’s extremely brief and compassionate two-pager. Readers will learn of how to build a tower to the moon, about the bravery of a sacrifice beyond measure and the sad story of an inventor coming to realise how his creations can be used.

Artistically this is also a chocolate box treat with wildly different styles applied, yet all appropriate in the world of the Mouse Guard. Ramón K. Pérez has been influenced by Mike Mignola, Skottie Young’s freestyle cartooning is always delightful, and Becky Cloonan works more in the realm of book illustration, representational illustrations accompanying her ethereal tale.

Petersen’s love for his world shines through. In addition to the connecting pages and a brief epilogue, he supplies the covers to the serialised versions, each with a tale attached, a character list, explaining their importance, and schematics of the inn where the stories are told. He also gives great due to the contributors, each allocated a full page noting previous work, presenting sepia pages from their stories and photographs.

There’s plenty to value in each Legends of the Mouse Guard collections, but this is the best of them to date.