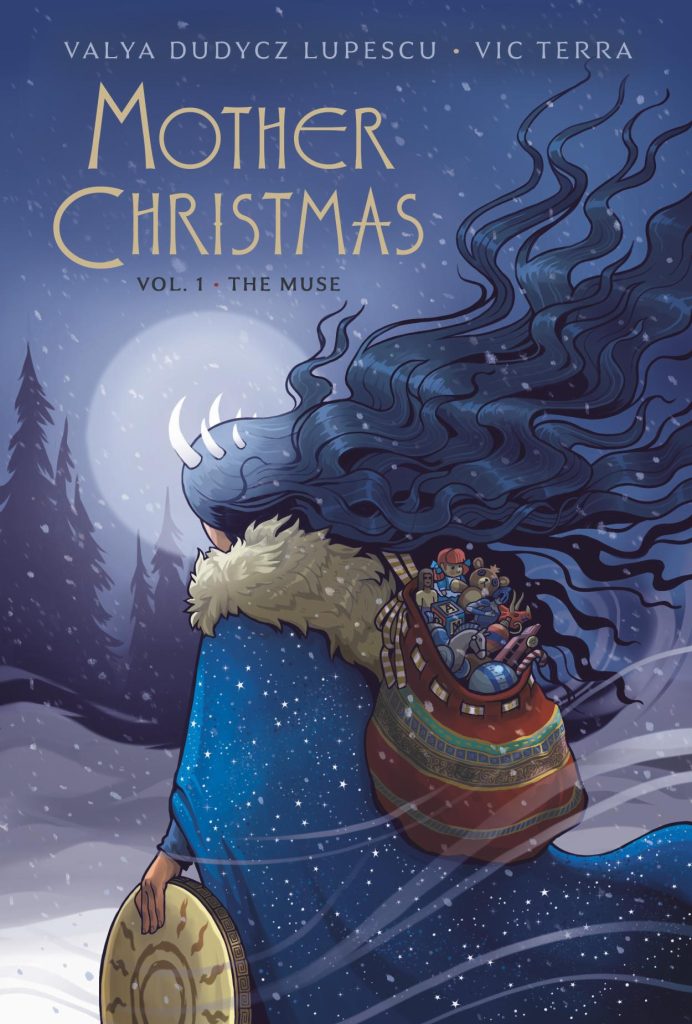 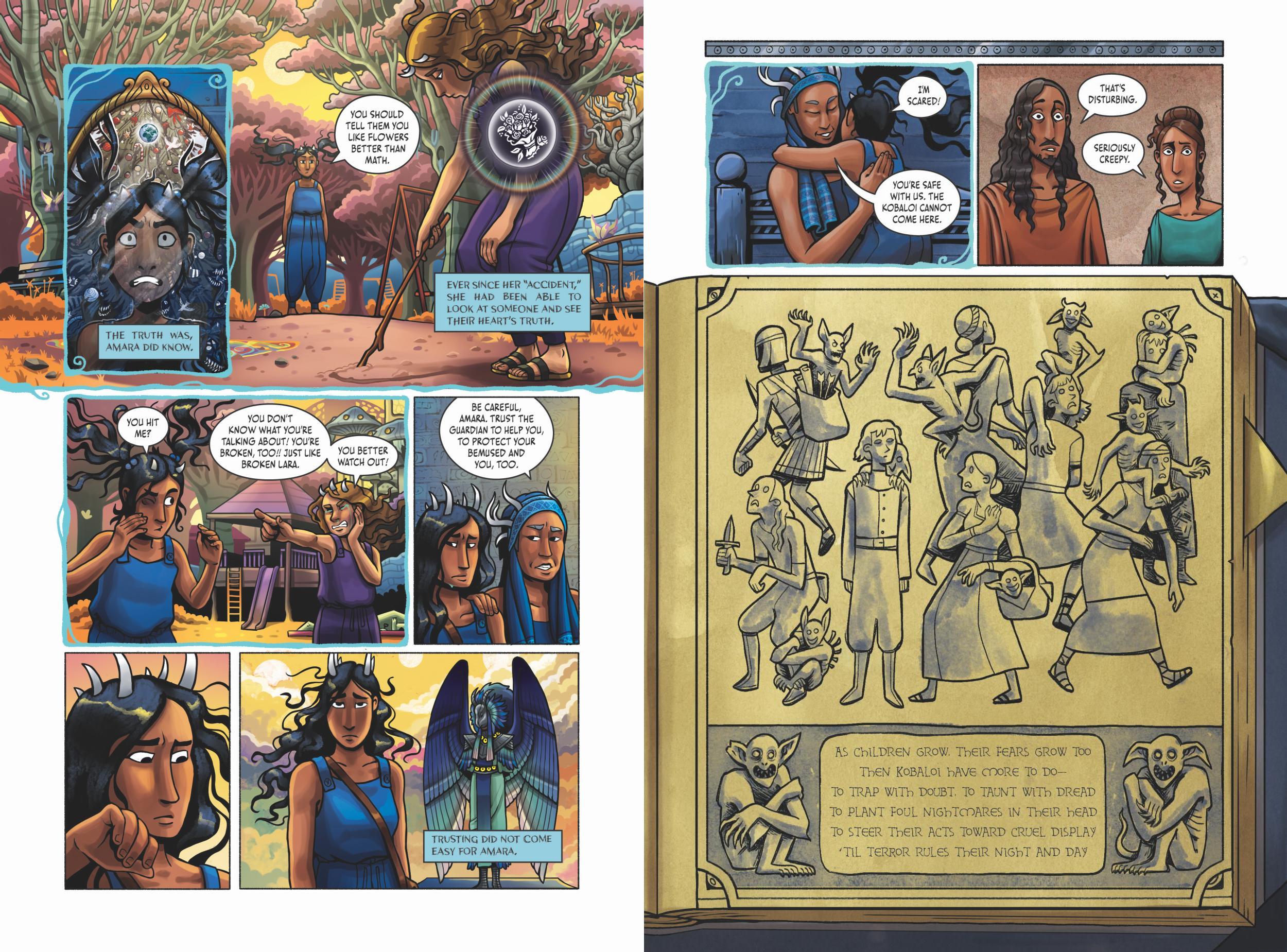 The secret origin of Santa Claus is a big topic to be taking on, but that’s what Mother Christmas provides, blending the legend of Saint Nicholas with infinite possibilities.

It begins with Amara, one of the ancient muses sent to inspire artistic inspiration among humans. They’re bound to fate, but Amara finds the restrictions limiting, and her rule-breaking provides an insight not all muses have. The truthfulness allied to that causes problems for her.

Likewise Valya Dudycz Lupescu’s story could have followed the magical path of least resistance in providing a cheery, updated fairy tale, but instead she includes complexities and stumbling blocks making this more than a fairy tale. Mentions of religions and beliefs are frequent, among them the procedures required to become an Oracle in ancient Greece, and that muddies the waters. So does the ability to see invisible demons attached to people, living off their negative emotions and controlling their energies.

Brazilian artist Victória Terra takes a lot on. She also made a choice, selecting not just to tell the story plainly in one style, even if the approach taken for Amara’s day to day experiences is effective and detailed cartooning conveying personalities and life. Terra’s a restless artist, though, and there are various diversions into other styles, such as the sample art reflecting medieval illustrations of demonic possession, eye-catchingly designed spreads, pages embellished with mosaic-style toppers, or guardians transforming into beautiful dragons. It really is devotion above and beyond the call of duty and adds to the richness of Amara’s story.

As noted by this being Vol. 1, Amara’s tale isn’t finished here. In fact when it ends Mother Christmas has only been mentioned as a teaser in the opening pages, and the space allocated to the man who would become Saint Nicholas is slim. Lupescu’s journey to him comes via Amara being assigned as muse to his sister Flavia, befriending her in human form being permissible. Beforehand it’s reiterated “A Muse is not a friend or confidant. Watch and inspire”. Amara finds adhering to that difficult, emotional involvement occurring almost from the start of her assignment.

She meets and likes Nicholas, but The Muse is ultimately more concerned with highlighting Amara’s inner conflicts and the religious clashes of early Christianity than getting to the point. While Lupescu’s fable is engaging, the title promises something more immediate, and some readers may be disappointed that it doesn’t deliver. 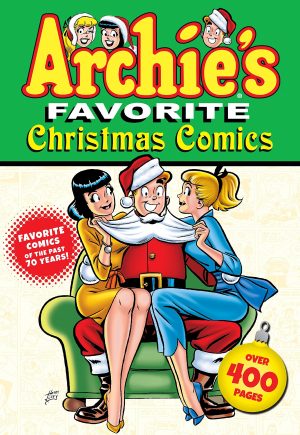