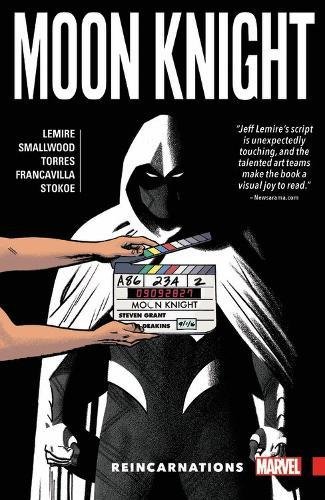 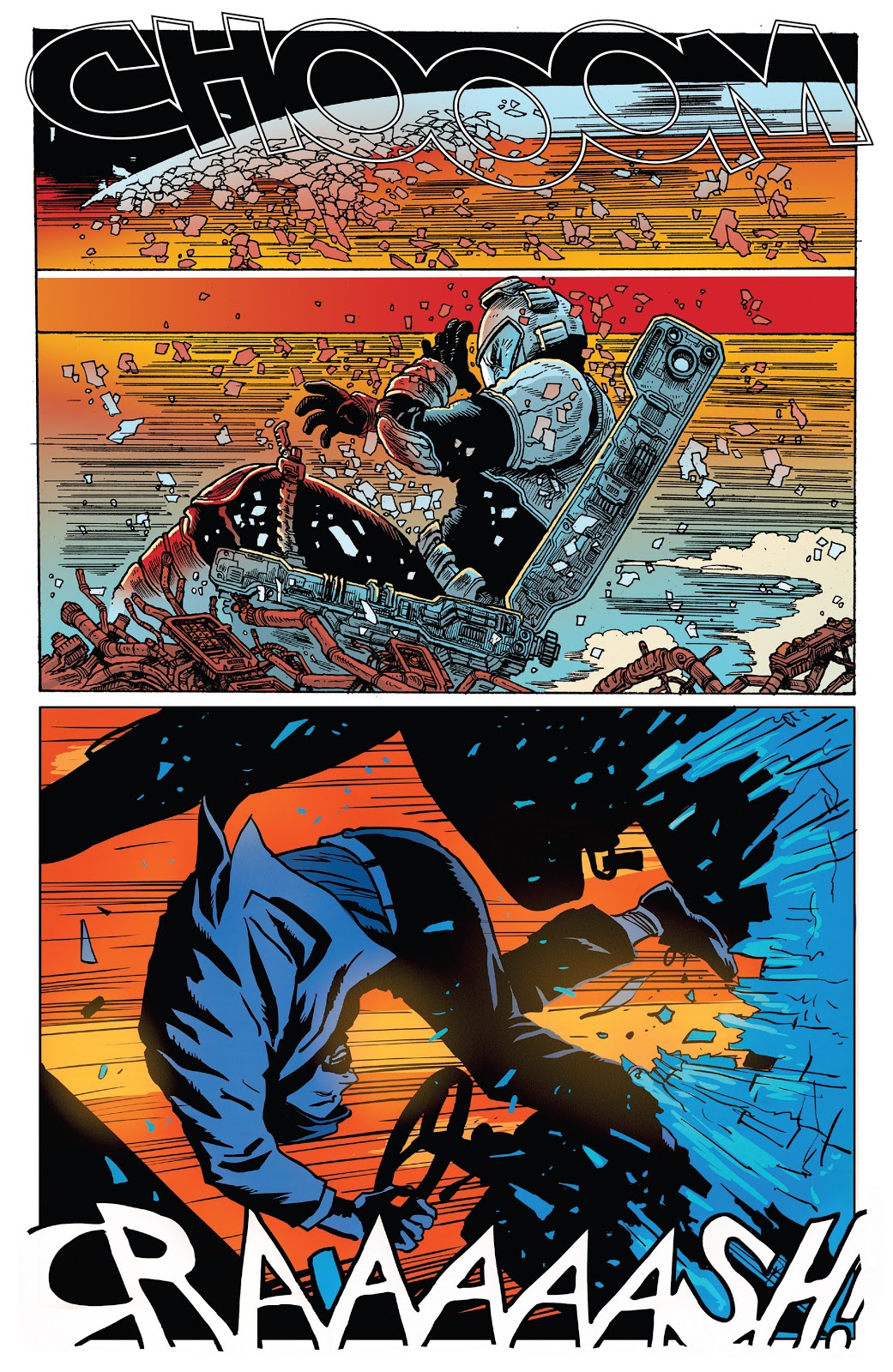 To reach the point where Reincarnations opens, Marc Spector/Moon Knight was taken on a bewildering journey recasting him as a psychiatric institute inmate needing to lead all his friends to safety as the ancient Egyptian gods toyed with Earth. The somewhat ambiguous ending to Lunatic had Spector wake up with his girlfriend Marlene, both of them working on a Moon Knight film.

Ambiguity continues to be the order of the day as the strangeness continues, Jeff Lemire now expanding his explorations to encompass Moon Knight’s other identities, millionaire Steven Grant and New York cabbie Jake Lockley. The use of very different artists to illustrate the assorted facets of the single personality is enticing. The straightforward clean line of Wilfredo Torres handles the film set sequences, Francesco Francavilla takes Lockley on a scary ride through the streets of New York and James Stokoe’s space fantasy is the weirdest of all. The latter two are seen on the sample page, indicating Lemire’s sophisticated cross-cutting between the different spotlights, no great problem in the digital age, with their vastly different styles reflecting Moon Knight’s schizophrenia. Lemire connects the fractured narratives via repeated themes and characters intruding on Moon Knight’s assorted personalities and their disorienting experiences.

For all that there are common themes, Lemire’s plot drops him between a rock and a hard place because in order for him to be convincing these experiences have to be extended, but there’s not enough substance to them to ensure they command the attention. Not even some dazzling art can manage that. It’s clever, but hollow.

Oddly then, it leaves the reprint content padding out the collection as the best of it. It’s melodramatic, and Bill Sienkiewicz in transition between styles is holding himself back, but Doug Moench provides a story of a deranged killer with an unusual poignancy to it.

By the end of Reincarnations there’s been a form of integration and understanding that takes Moon Knight pretty well back to where he was over the final pages of the previous collection. Lemire concludes his exploration of Moon Knight with Birth and Death. Alternatively, his entire run is available in one hardcover volume, which doesn’t include the Moench and Sienkiewicz piece.