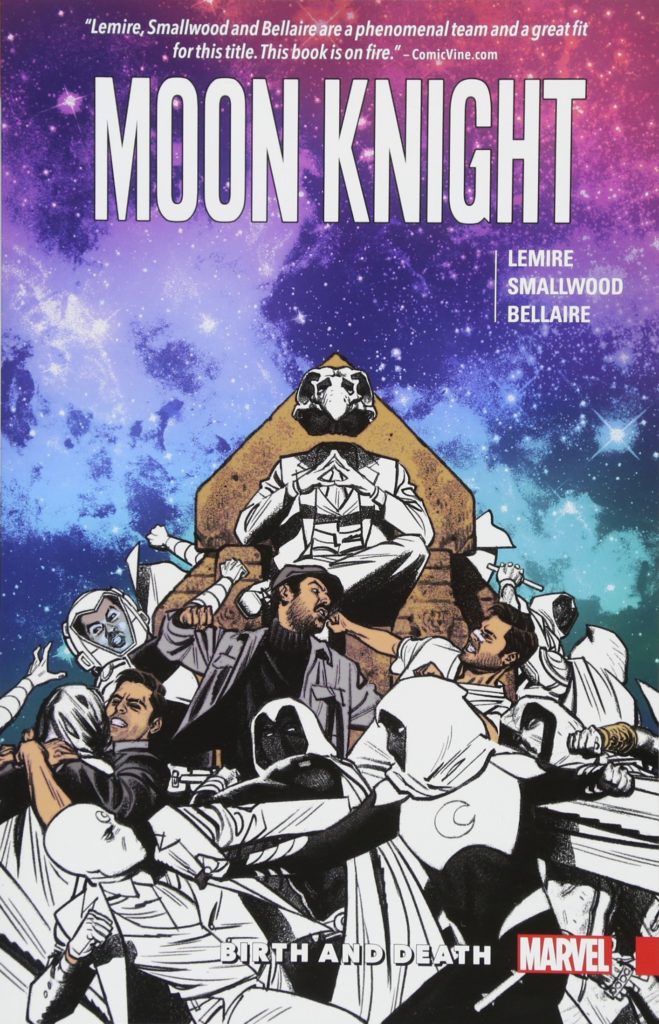 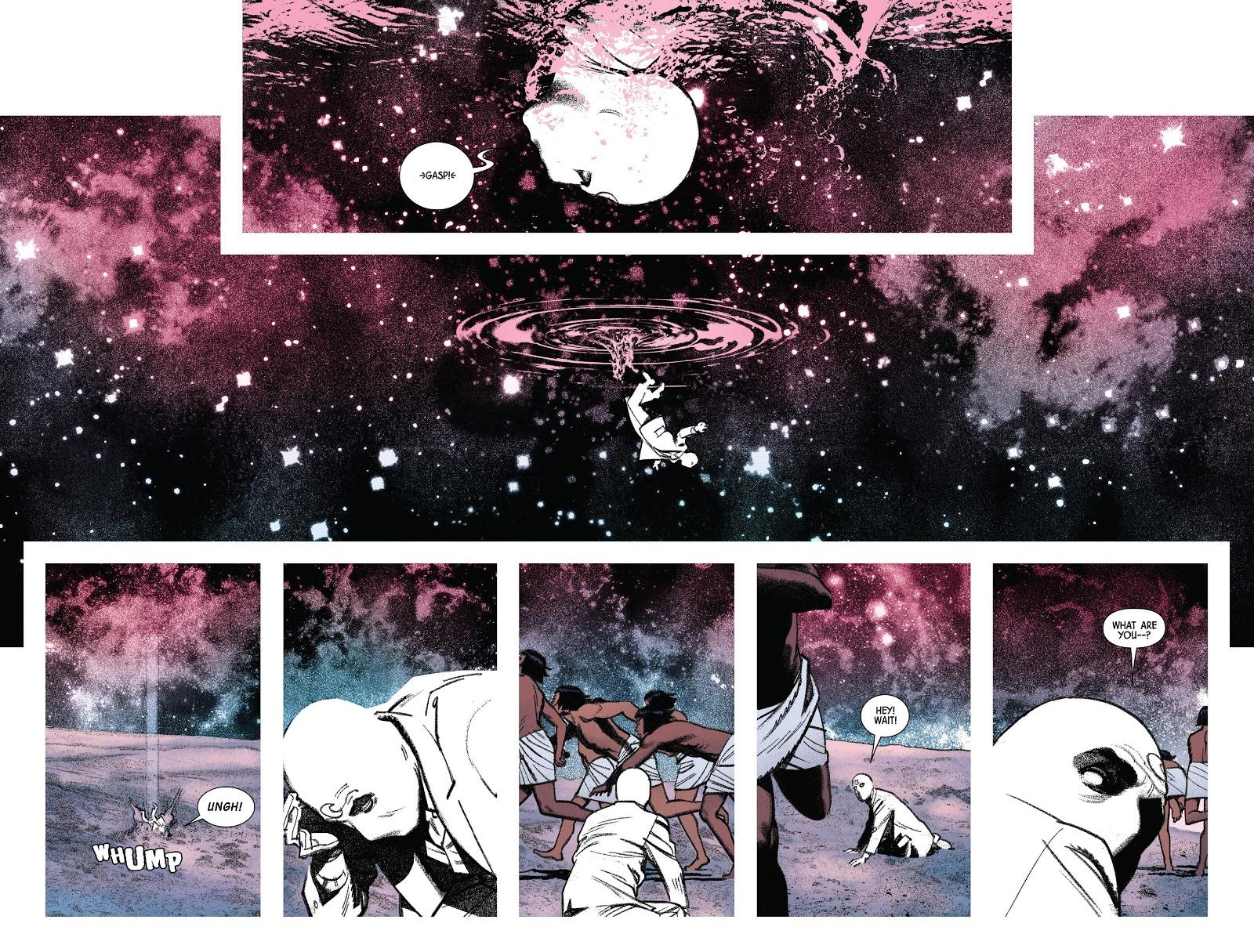 Since graduating into his own series back in the late 1970s, Moon Knight’s crimefighting identity has been entwined with that of the Egyptian god Khonshu. This has sometimes been mysterious and undefined, while at other times the connection has been more explicit. Jeff Lemire investigates this as the basis of his Moon Knight series, revealing at the end of Lunatic that Khonshu wasn’t all Moon Knight has been led to believe. This led to the fractured wanderings of Reincarnations, which concluded with Moon Knight at least complete again, but as seen by Greg Smallwood’s sample art, matters aren’t going to become less complicated in a hurry.

Smallwood’s been an artistic chameleon as he switches about through the threads Lemire weaves, adopting a suitable approach for each. The sample spread is nearer the scratchy, unfocussed altered world that Moon Knight previously staggered through, but that transforms into some wild imaginings influenced by the airbrush artists populating the 1970s Heavy Metal. Additionally, there’s a rich figurative realism as Moon Knight’s activities in the present are informed by scenes from his youth.

Lemire cuts deftly between assorted scenes, events closing one cleverly connecting to the next, and the symbolism again informing what we’ve already read. The result certainly lives up to the title, but for all the skill involved Birth and Death remains unsatisfying. The nicest aspect is taking a character who could always be seen as having mental problems and addressing that full on without offering any easy solution. It compensates for some previous trivialisation. Lemire’s brief is now revealed as reconstituting Moon Knight, shedding him of some complex baggage, and the renewal certainly achieves that, but the fault is too many ingredients in the pot. The powerful emotional simplicity present in much of Lemire’s personal work is absent here, and that’s strange because both subject and theme allow for it. A clever notion concerning time apart, there’s also a convenient predictability to how things eventually play out.

Artistic creativity in creating worlds to wonder at lifts this slightly above average, but Birth and Death is a frustrating two steps forward, one step back read. All three trades are combined in a hardcover edition enabling the entire story to be read in a single sitting.