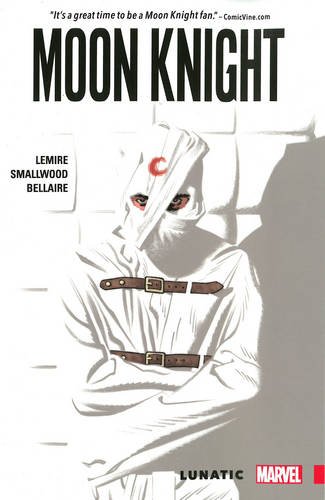 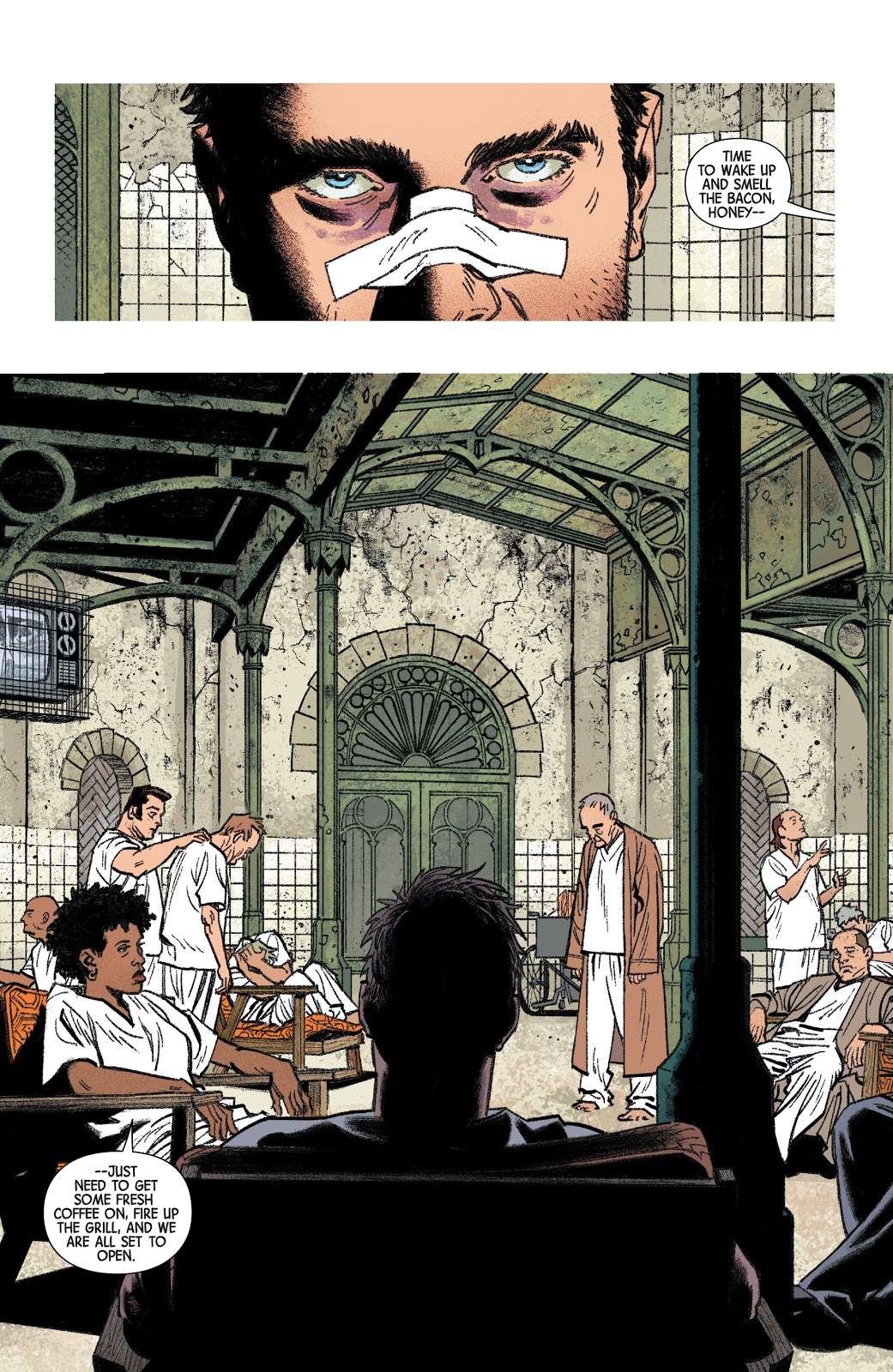 From the earliest days of Moon Knight it was possible to question his sanity. Did he really die in Egypt to be resurrected by the Moon God, Khonshu? Or is he just hearing voices? Was maintaining three different civilian identities a smart way of moving in different circles or signs of a splintered personality? Those aspects are what interest Jeff Lemire, as he and Greg Smallwood introduce us to psychiatric patient Marc Spector, diagnosed with Disociative Identity Disorder at twelve and constructing an elaborate fantasy life around his fellow patients. That provides a starting point, into which Lemire drops in some allusions to the idea of Moon Knight’s personality reflecting the ideals of an Egyptian god, suggesting there may be other Egyptian gods also messing with Earth. Or is it all actually in his head?

Greg Smallwood’s starting point is to create a Moon Knight visually distinct from his previous appearances, and he’s clever about that. As Spector he’s regularly battered in the psychiatric facility, and occasional attempts are made to patch him up, so he’s given a patchwork of white plasters over his nose, suggesting both a victim and someone to be avoided. A new costume is equally notable, a white suit and tie with a wrapover head mask. He’s now picked out as distinct against any background, something colourist Jordie Bellaire exploits well. The other artists are employed during the final chapter’s succession of illusions, well chosen for unique visions.

Lemire and Smallwood continue with Reincarnations, but Lunatic stands alone as a journey from starting point to end, a journey either from or to sanity depending on how you interpret it, which is clever. It looks distinctive, has enough ambiguity about it to keep readers guessing, and blossoms nicely into solid entertainment. Because of that ambiguity it’s uncertain what’s left at the end, and it could be that Lemire’s changes to Moon Knight’s long standing supporting cast may not be universally appreciated. We’ll see.

The creative team’s run lasts for three standard trades, or alternatively they’re combined in the hardback Moon Knight edition with Lemire and Smallwood named on the cover. 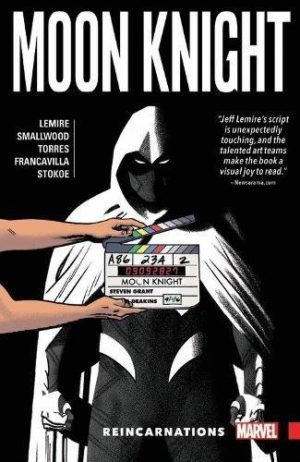 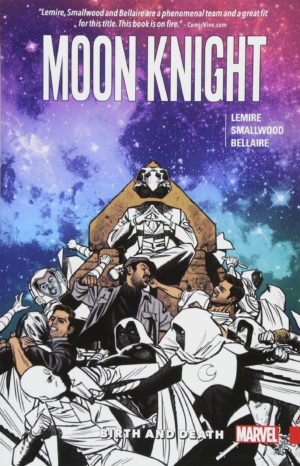 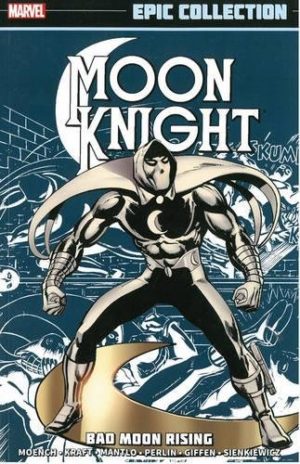