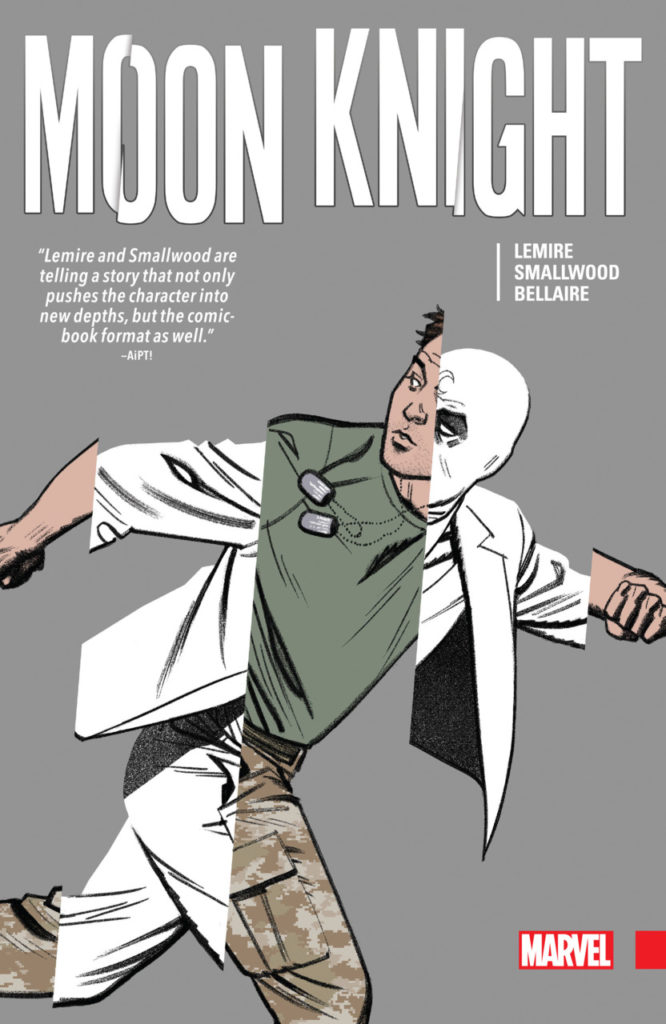 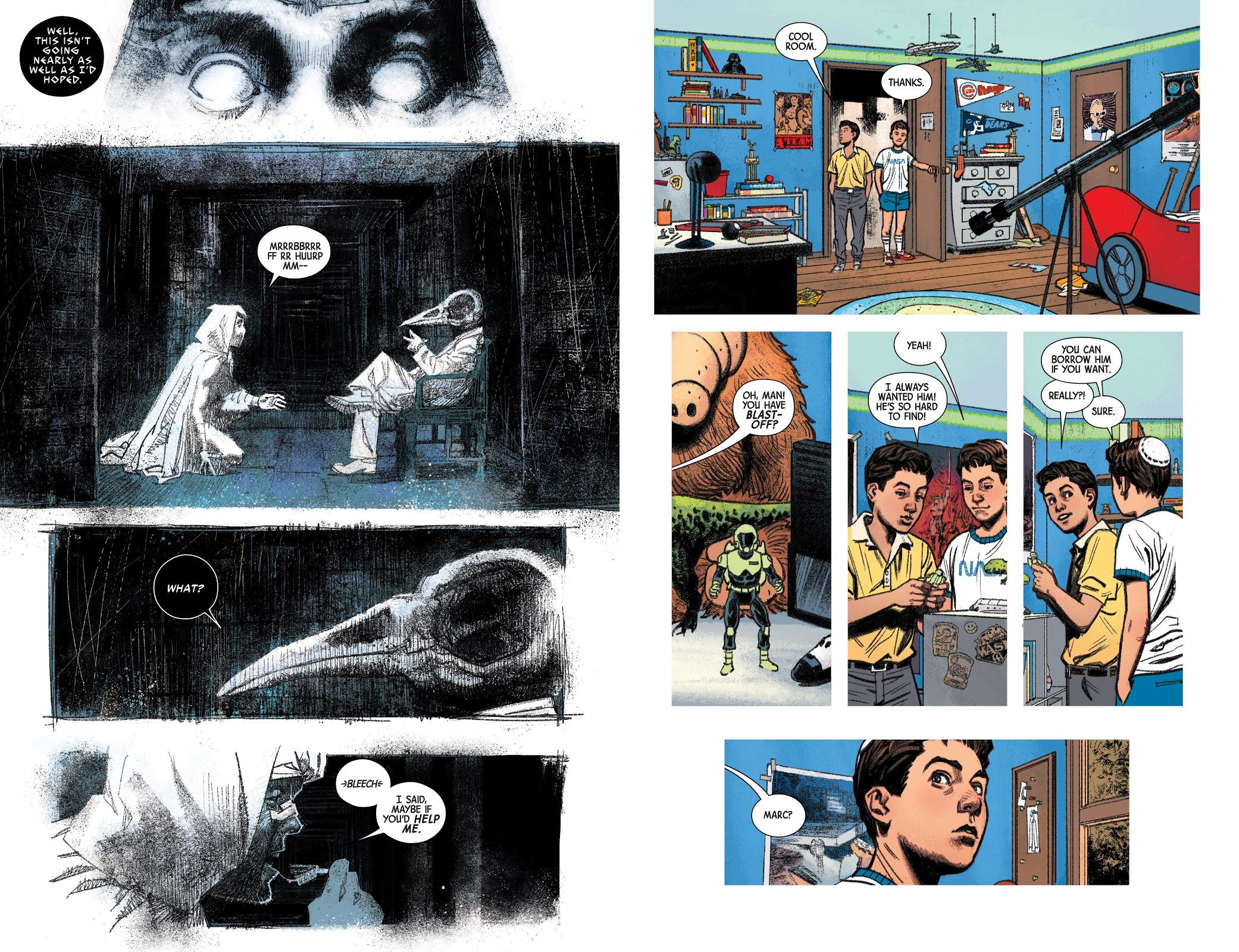 In 2015 Jeff Lemire’s brief appears to have been to reconstitute Moon Knight and supporting cast while clarifying his relationship with Egyptian Moon God Khonshu, who’s been part of the package since the earliest days. Was mercenary Marc Spector really restored to life by a representation of Khonshu speaking through a statue near where he was supposedly killed, or was it the hallucinogenic fantasy of an already fractured mind? Lemire carried this out over the course of what was previously released as three trade paperback editions with very different moods, Lunatic, Reincarnations and Birth and Death.

Primary artist Greg Smallwood (sample art) puts in an immense performance varying his methods to match the assorted moods Lemire creates. He begins with a sort of scratchy, misty style to convey the sense that all is not right, which indeed it isn’t, as we follow psychiatric patient Marc Spector, creator of a fictional world where he’s a superhero, that life involving his fellow patients. Smallwood also has an attractive take on reality, and can channel the French Heavy Metal artists of the 1970s for some wild alien scenes. Even Smallwood’s talents can’t provide all the necessary visual input, so Francesco Francavilla is called upon to provide the claustrophobia of New York cab driver Jake Lockley’s world in a miasma of colour. And who’d have thought James Stokoe’s obsessively detailed lumpy cartooning would ever suit the pages of a Marvel comic? It does, for a wild space war sequence, some pages cleverly combining Francavilla’s art with Stokoe’s. It’s left for Wilfredo Torres to deliver another form of unreality, that of a film set.

Those wildly divergent genres indicate Lemire’s not taking a direct approach, and with the opening mystery to some extent resolved, it takes some time to run through the three civilian personalities Moon Knight’s used. Lemire consistently jumps from one personality in danger to another being disoriented, this involving some neat segues, but these scenes are over extended. To some extent it’s a problem Lemire’s created for himself. To arrive where he needs the story to go these sequences need to be long to convince, but they’re also treading water.

For all the wild imaginative touches throughout, this is an unsatisfying story. Some complex baggage is shed, and the active acknowledgement of mental illness without an easy solution is a positive step forward for something always previously treated as a gimmick, but too much is thrown into the pot and the eventual ending is predictable. The art sparkles all the way through, but beyond the intrigue of the opening sequence this incarnation of Moon Knight doesn’t live up to reputation. 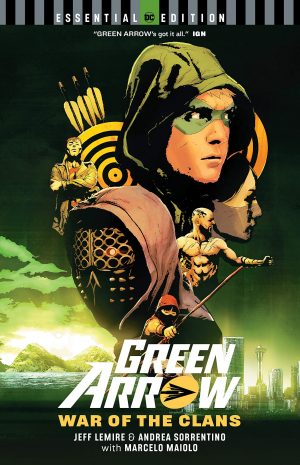