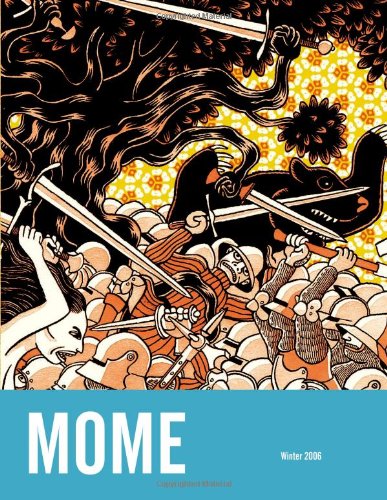 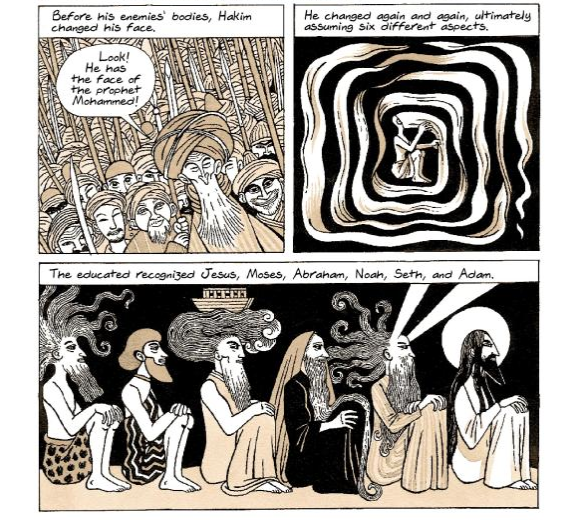 Confusingly labelled only as Winter 2006, this is the third issue of Fantagraphics’ trade paperback format anthology. This could easily have been filled with famous names from their roster, but they continue to showcase the work of lesser known creators, mostly based in North America.

There are new one-offs by regular artists, Sophie Crumb, Anders Nilsen, Jeffrey Brown, and more, plus the third part of David Heatley’s ‘Overpeck’. It’s drawn in a mock childish manner, like British small-press artist John Bagnall, but less stylish. His colouring helps with coherence, and his use of multiple moving figures in a single large panel is effective. It’s a disturbing story of childhood and trauma, but there’s some respite from the bleakness in this chapter, when Sadie-Grace meets Robert the Wise.

Previous issues featured Jonathan Bennett’s musings as he wanders his neighbourhood, detailing micro-stories about pigeons, and desirable things people have thrown out. However, it adds up to something more by being sustained over several stories. His sequences of panels with the same camera angle emphasising the acting movements of the characters, is reminiscent of Chris Ware. While the characters are drawn in a semi-cartoon style, the locale feels well referenced. In this issue’s ‘Roll of Film’ he seems to include in the artwork the process of it’s creation, as he takes photographs on this walk around the area. He presumably uses these as reference for the drawings, and in a nice circular twist, he includes the photos here.

Gabrielle Bell’s contribution is about the telling of a story, as she discusses with an editor an incident that could be a story, fun and nicely ended. There are well-crafted shorts by Tim Hensley, Andrice Arp and debuting here R. Kikuo Johnson. Hensley’s wise-cracking, cynical-beyond-their-years cartoon kids are like Clowes meets Kaz. Arp moves from retelling Japanese mythology to American history, with a story of a tea clipper approaching Pennsylvania, in pre-independence turmoil. It’s illustrated a a charming olde-worlde woodcut style.

As part of Fantagraphics laudable commitment to it’s creators, each issue features an interview. This time it’s the turn of Kurt Wolfgang. His one-pager and longer piece here are conversations between ironic ‘kidults’ struggling with coolness and social peer expectations, embarrassed to express or feel warmth or positive feelings. His art is not immediately appealing – it’s over stylised, and given the type of stories, strangely inexpressive. The rendering is a mix of mechanical brush lines and eye-strain hatching.

Frenchman David B, supplies the cover and longest story. ‘The Armed Garden’ is set in religious, mythological territory, although based on real 15th Century events. In Bohemia, now part of Czech Republic, the blacksmith Rohan has a visitation that convinces him he is a modern Adam. He gathers followers around a belief in Garden of Eden innocence, nudism, and opposition to property and hierarchy. Yes, like the hippies in U.S.A. and elsewhere 500 years later. Inevitably this brings them into conflict with the authorities, as represented by real-life general Jan Žižka.

David B’s art is very stylised, focused more on symbolism and expressive composition than illusionistic realism. Here it’s beautifully rendered in black and shades of brown. Both imagery and rendering are reminiscent of under-appreciated British creator Ed Pinsent, if smoothed off for mainstream consumption. It’s a fascinating story beautifully drawn, and a welcome change of pace from the low-key stories that make up most of the early issues of Mome.

We have to wait until next issue to read the third part of Paul Hornschmeier’s and John Pham’s continuing stories.