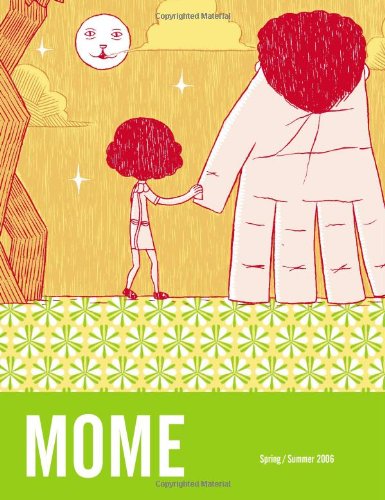 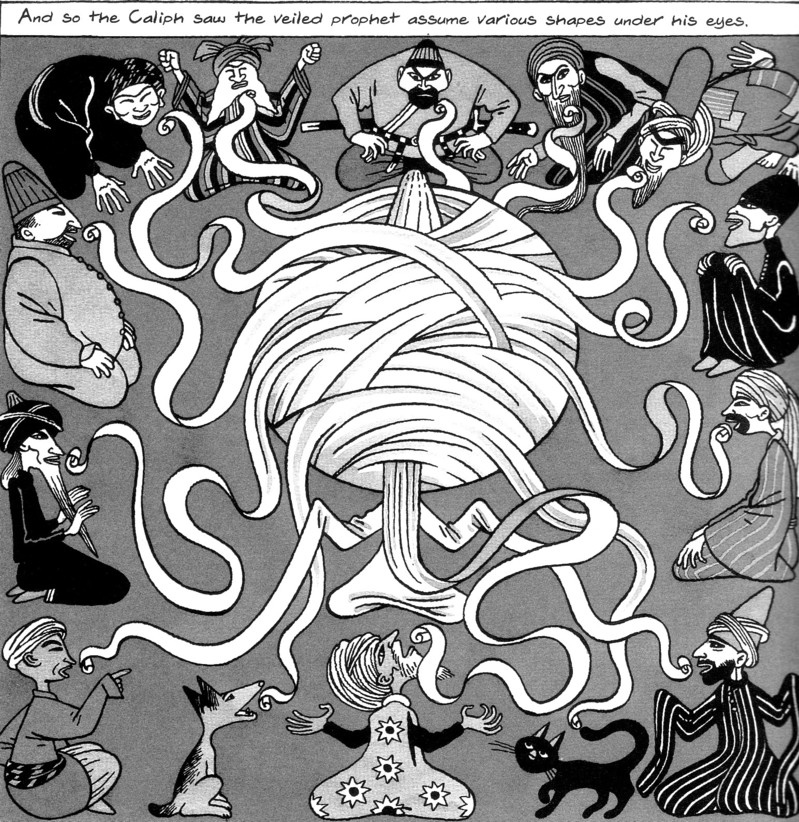 The fourth issue of the paperback book anthology features new and continuing stories, primarily by the same group of writer/artists who occupied the preceding volumes. There is a slight shift in emphasis from autobiography and slice of life, to more reflective pieces.

Jeffrey Brown, for example, moves from his stories of daily life, to drawing a Godzilla scenario. It’s a loosely symbolic representation of the text about the smallness of our anxieties and our role in the world. We hear people’s thoughts as they fall from a destroyed building: “I cheated on my boyfriend”; “I’m a novelist”; “I didn’t water my plants today”.

R. Kirkuo Johnson tells the story of pioneering bird illustrator in ‘John James Audubon in Pursuit of the Golden Eagle’. To draw them he had to kill them. It’s a fascinating story, well told, and beautifully composed and rendered in a period style that would impress Audubon himself. Johnson’s a talent to watch.

Gabrielle Bell spins a story around (presumably fictitious) band Reads, that ponders maturity: things mean something to us, we lose sight of that as we try to grow up; we rediscover and reconnect with it.

In ‘I Remember Crowning’ Jonathan Bennett’s narrator ponders birth and death. It’s drawn in a more realistic style than his usual, perhaps to emphasise the character’s ungainly ageing, his paunch and unsexy checked boxers. It looks a bit like Eddie Campbell’s later, less refined style. Somehow the realism jars with the symbolic nature of the story, and Bennett’s usual minimal camera angles are tiring and repetitive with the extra detail.

The third chapter of John Pham’s story of the mixed inhabitants of ‘221 Sycamore Ave’ lodging house focusses on aging teacher Hubie Winters, in the aftermath of his collapse in class. It’s naturalistic, drawn in a diagrammatic, slightly cartoony style. We still have no explanation for the incongruous Terence, who looks like a giant salami with human legs. He never speaks, but the others relate more to him than each other. Perhaps that’s his purpose: a neutral observer, even an author surrogate, that the others reflect and bounce off. It’s nicely rendered in shades of orange and navy, with no black. In Chris Ware style, there’s minimal camera angles and panels repeated with minor variations

‘La Brea Woman’ is a father and son outing to the eponymous tar pits. They see the skeleton of a woman who died in the pits 8,000 years ago, with a superimposed hologram reconstruction of her body. Creator Martin Cendreda uses a similar device throughout the story, telling us about the future or past of everyone they encounter. Most poetically: “20 years from now on the night before he died he would have a dream about wandering round a bookstore where the smell of tar was both vivid and unmistakeable”.

“It was during the reign of Haroun Al-Rashid, the Caliph of the 1,001 nights…“ begins David B’s ‘The Veiled Prophet’. A piece of cloth floats from the sky and wraps itself round the head of Hakim, a man of lowly trade. Those around him ‘see’ through the veil the faces of popular heroes and prophets, stimulating a rebellion. It could be read as a fable about the power of the people against rulers, but that’s very much background. Inked in black with tones in brown, it’s beautiful, elegant work. He’s a master of the design of pictures and pages, mapping everything out in two dimensions conjuring endless variety from his limited palette of black, white and shades of brown. Every page is a joy to behold.

This is another solid issue, with a further overall improvement.