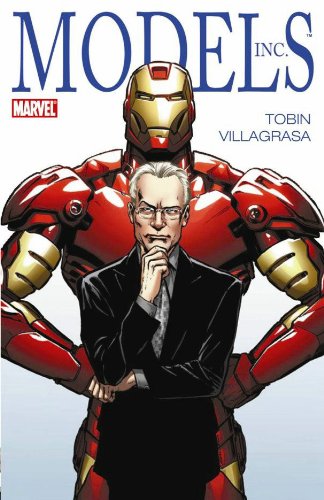 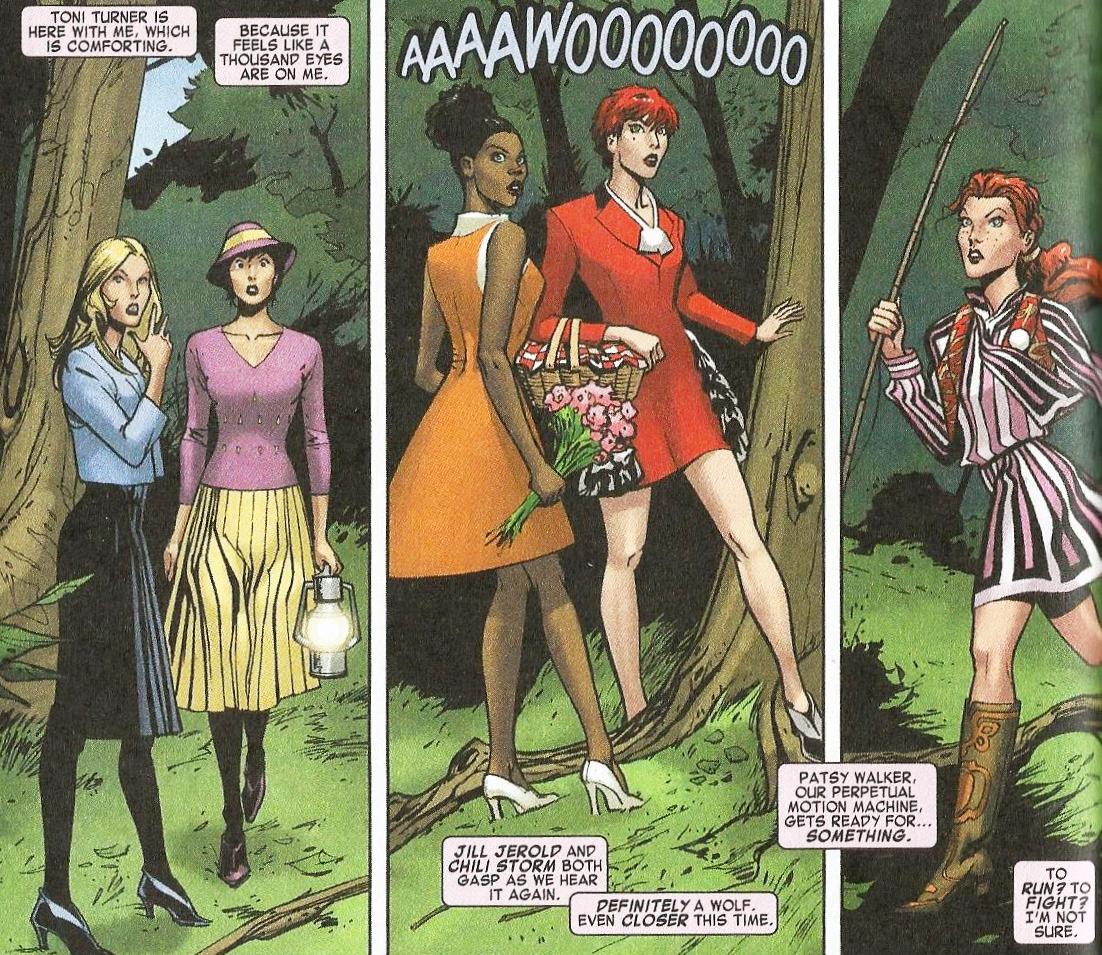 This charming, though lightweight tale re-established Millie the Model, venerable star of Marvel’s comedy line from 1945 to 1975, as a contemporary presence. Her friend Jill’s romance with the Fantastic Four’s Human Torch, a guest-appearance by Spider-Man’s beloved Mary Jane Watson,  her pal Patsy Walker’s secret identity as Hellcat, and other signifiers demonstrate once and for all that she and her modelling chums – Toni Turner, Jill Jerrold, and the irrepressible Chili Storm – are well and truly in the mainstream Marvel Universe, albeit a somewhat less grim and gritty part of it than we’re accustomed to seeing.

When on a modelling gig in New York’s Central Park, Millie and the girls become involved in a murder, as the head photographer of the shoot is found dead in mysterious circumstances, and Millie, well-intentioned but maladroit, winds up as the principal suspect. Patsy’s super-heroic skills come to the fore in the investigations to clear Millie’s name – inspiring one of our cast to aspire to a costumed identity of her own – but all the girls get to play a part in the drama, including Patsy’s former ‘frenemy’ Hedy Wolfe, now a fashion blogger.

Writer Paul Tobin does a nice job of juggling our six heroines (though Toni does get a little sidelined, poor love) in a frothy mix of drama, comedy and fabulous outfits, as the story is set in New York’s fashion week. Would that illustrator Vicenc Villagrasa had caught on to the light-hearted spirit, as his contributions are diligent and efficient rather than vivacious or appealing. It’s inconsequential, but great fun, although the plot is abruptly derailed by two digressions; one a self-contained story by Marc Sumerak and Jorge Molina, where someone named Tim Gunn, who apparently hosts a TV series, gets to play Iron Man. A commercial sop to the audience, this fill-in tale is allowed to also dominate the book’s cover, which is misleading and does the volume a disservice. The other digression is a fantasy sequence by Tobin and artist Colleen Coover, where our girls overcome a zombie apocalypse by giving the undead makeovers. It’s cute and funny, but did it have to go right in the middle of the plot, rather than being placed to the end as a pleasant bonus?

The original miniseries having run only four issues, an odd selection of reprints fill out the slender paperback – a reproduction of Millie’s 100th issue, a pretty random Defenders story in which Patsy, as Hellcat, participates, and five pages of “Fashions From Fans” pin-ups starring Patsy and Hedy; it’s an odd clash of styles which would bewilder a casual browser. Rather more enjoyable are the original comics’ clever magazine-homage covers by Greg Land, for once putting his extensive swipe file to good use.

Millie’s next appearance after this was in the inexplicable leaden retcon 15 Love, which pretty much undid all the good of this story.