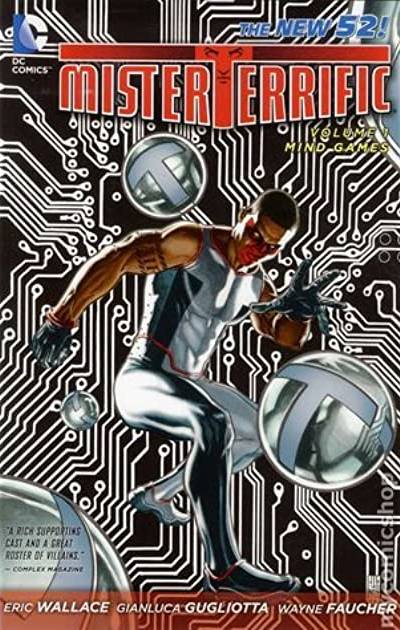 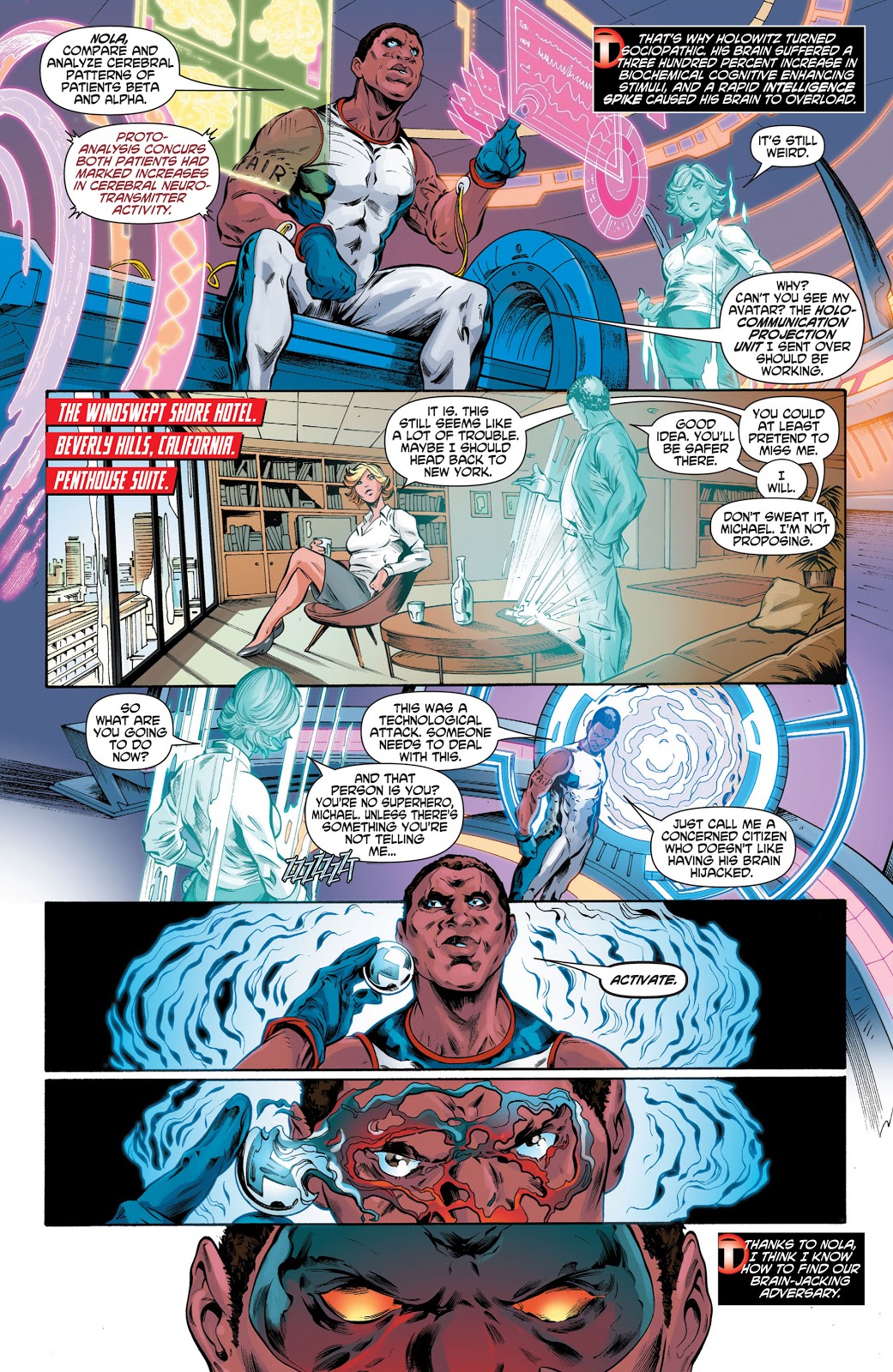 Michael Holt considers himself the world’s third smartest man. Since the death of his wife he’s dedicated his life to scientific discovery, building a respected company in the process, and using some of his discoveries to aid a second career as a superhero. He’s spurred on by having received a message from someone he believes to be the son he never had telling him he must educate the world.

Eric Wallace writes all eight chapters, and the ideas he funnels in are smart, extrapolating on current science with a smidgen of Kirbyesque conceptual wonder. However, that’s accompanied by a real 1980s outlook where villains explain their origin mid-combat and Holt is constantly self-analysing and emoting. Comments about the perception of African-Americans and gender rigidity are made in passing, but they’re sloganistic and half-hearted, which applies to other aspects. It’s nice that Power Girl’s appearance isn’t the usual effort to emphasise her stature, but it’s also under-stated, and Wallace deserves credit in this day an age for supplying new villains, but while they’re interesting creations, the method of their defeat is telegraphed.

Primary artist Gianluca Gugliotta impresses most with Mister Terrific captured by alien slavers, creating dozens of different life forms, imaginative enough to ensure they’re not all humanoid looking. Otherwise his diligence can’t be faulted, as he packs the panels with people and detail, but the style is anonymous. It’s preferable to Scott Clark’s static people and Oliver Nome’s angular efforts during the guest-shots.

Right at the end Holt makes a surprising discovery, and that concludes matters. Labelling this ‘Volume 1’ proved extremely optimistic, and Holt’s destiny plays out in Earth 2. There’s nothing intrinsically terrible about Mister Terrific, but by the same token there’s really no spark either.