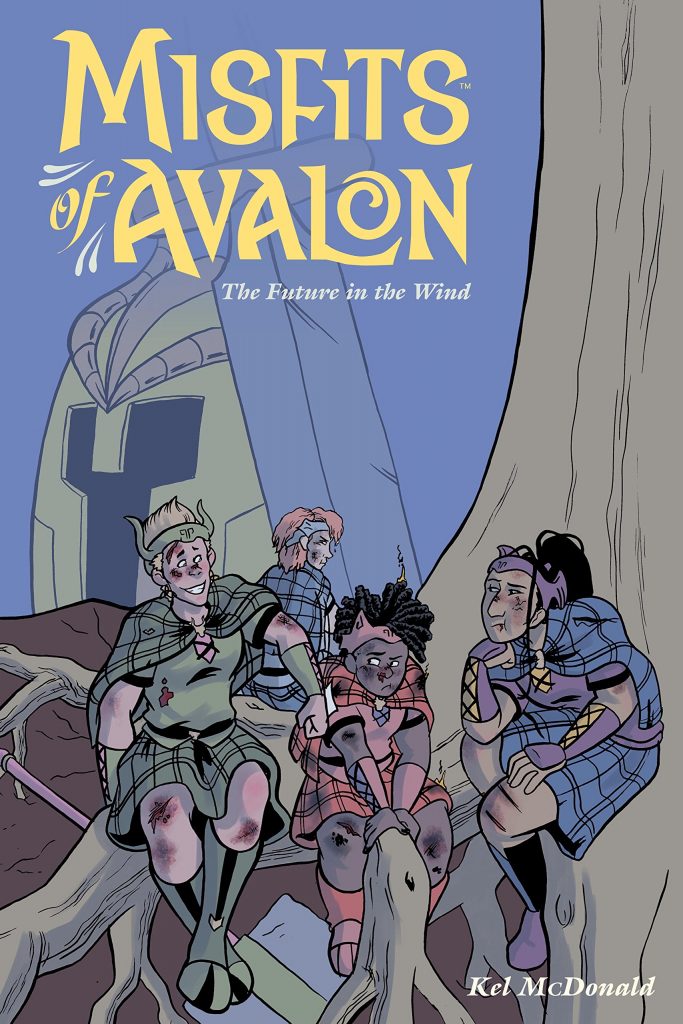 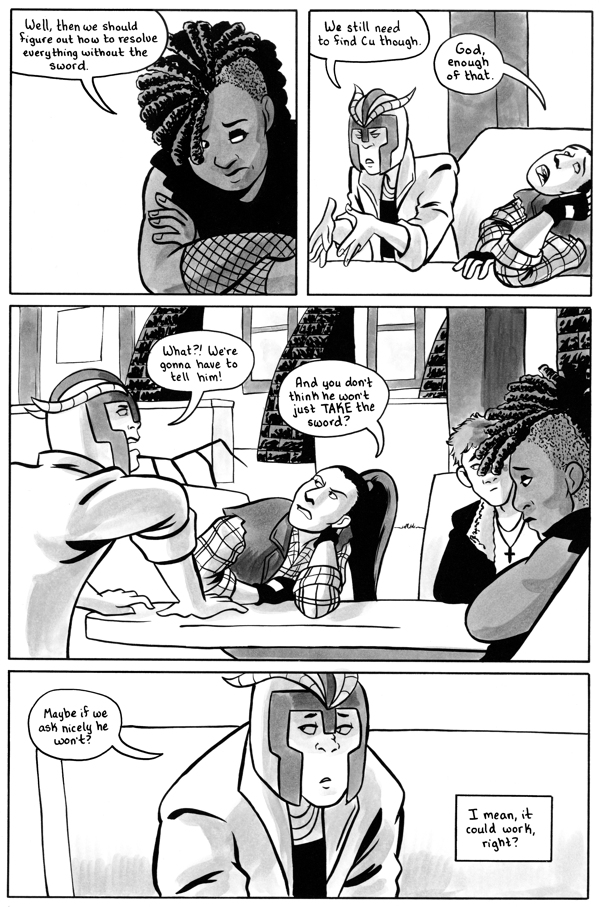 Elsie and Morgan knew each other as classmates, and Morgan had a nodding acquaintance with Elsie’s brother Billy. After being given powers connected to a magic ring by Cu, a dog who can transform into a man, they learn two other girls have also been given a ring, so they meet twelve year old Kimber and the older Rae. They’re given a mission to retrieve a sword, and through research it’s discovered this is all connected with Camelot of old.

Kel McDonald’s nicely drawn first volume opened into a far stronger second, The Ill-Made Guardian, in which the depth added to the cast resulted in a far stronger and more relatable bunch, each capable, and some dealing with their problems more efficiently than others. It was also shown that one of them has a very different agenda to the remainder. That leads to a cathartic moment that’s been building for some while. For a series originally lacking pace, events move very quickly all the way through The Future in the Wind, circumstances and the balance of power shifting frequently and thrillingly. That’s partly down to some new revelations about what Cu can do, but those revelations don’t come across as forced.

After including swearing last time round, McDonald has toned the language back to young adult level without losing any authenticity, and her cartooning has improved for working on such a long series, almost 600 pages in all. It’s more to do with the thought behind the layouts than the actual drawing, which began at a high standard, and intuitive about visual personality definition. The balance between the four main cast members shifts smartly here, and part of being so convincing is the way McDonald draws the girls over their coming of age story. That balance is given a pleasing symmetry by this volume reverting to four chapters, each of them with a different narrative voice.

By the end everything has been resolved satisfactorily apart from a major question still hanging from the story’s beginning: why was it that the four girls were chosen in the first place? If Cu is magically attuned, something established beyond doubt, none of them are ideal for his purposes, no matter how good it’s been for them personally. Overlook that, and everything is worked out satisfactorily. Misfits of Avalon has been a fun journey, and the door has been left slightly ajar for a possible sequel.