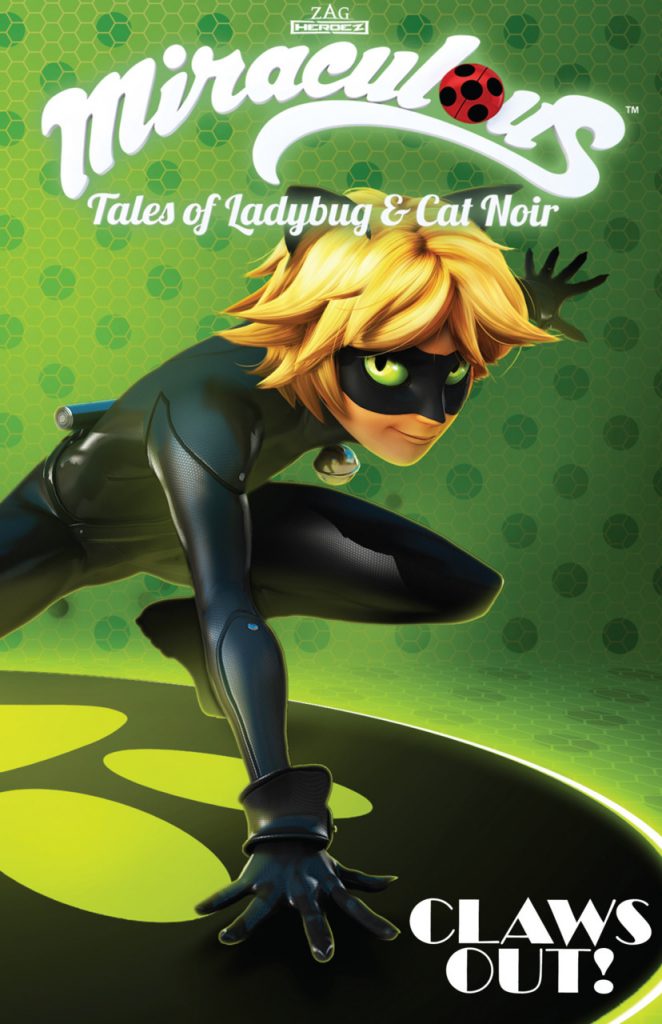 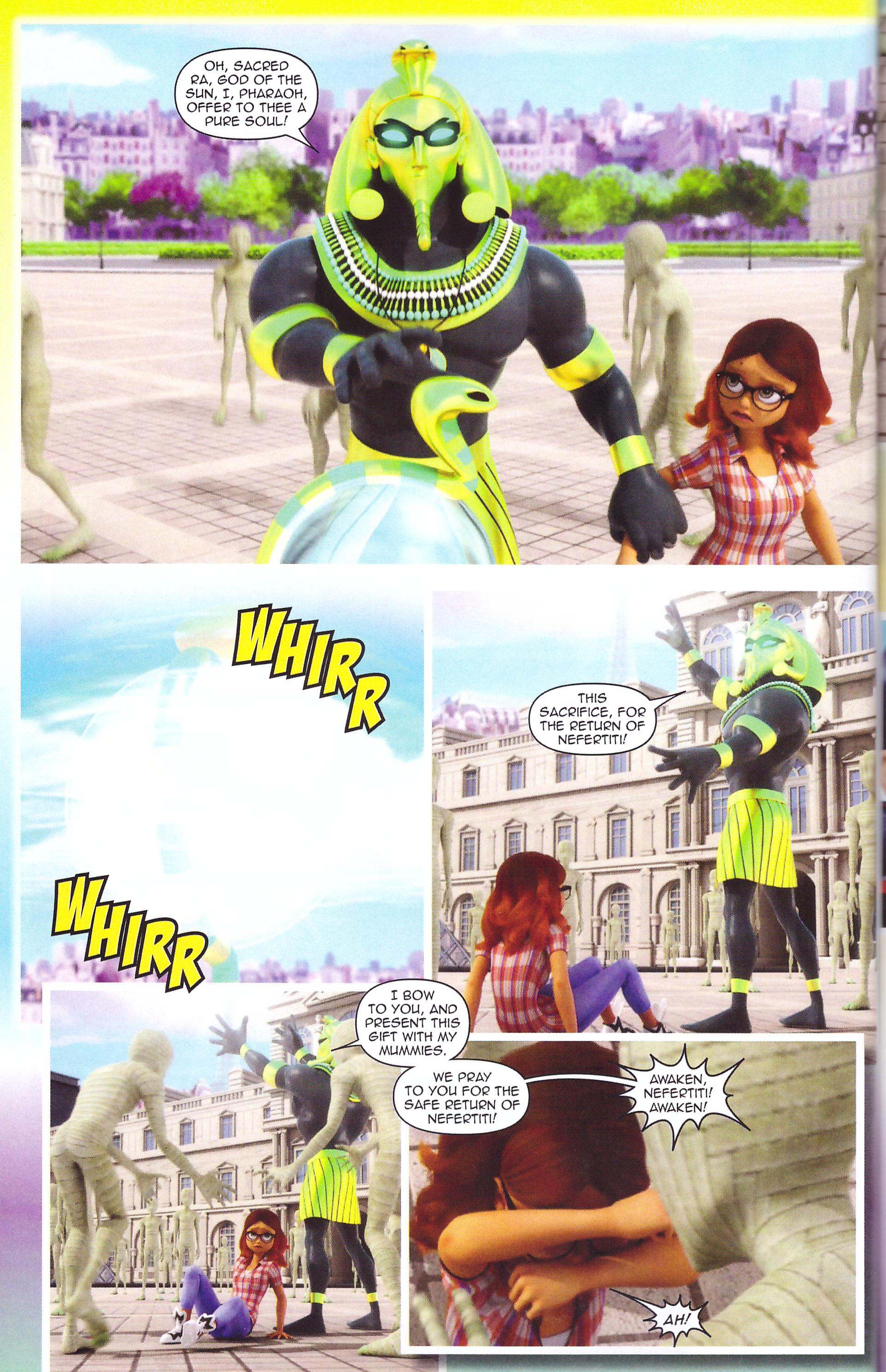 If you’ve read Miraculous Volume One or Spots On!, you’ll know what to expect by now. The series may look 21st century with its 3-D style screen grab art, but the formula is very much that of the 1960s Spider-Man, although generally more upbeat.

Should you be following Miraculous sequentially, you may be wondering why by this third volume there have been no revelations as to how Ladybug or Cat Noir became superheroes, or who the evil Hawk Moth is. Marinette and Adrien have been established as Parisian superheroes, but the background to the series remains unknown, not in a deliberately tantalising way, but in a manner that expects readers to take the background for granted. Two small alien creatures known as the Miraculous are somehow responsible for giving two Parisian high school children powers, to which limitations have gradually been introduced, and somewhere there’s the mysterious malevolent presence of Hawk Moth who wants to acquire the Miraculous. He’s seen for a couple of pages in every story sending out his own small creature, an akuma, to power up a villain, then again at the end cursing their failure. The explanation is that Miraculous collections can be picked up and read in any order, and if you feel the hows and whys are well overdue, head for the Origins graphic novel.

Publishers Action Lab are packaging direct adaptations of the animated episodes, although not in the order they were originally screened. Nicole D’Andria’s dialogue is overlaid onto screen grab panels sorted into comic pages by Cheryl Black. As before, the episodes are titled after the villains who plague Ladybug and Cat Noir. ‘Pharaoh’, ‘Copycat’ and ‘Timebreaker’ are respectively the third, fifth and ninth episodes of the TV show, and as with previous books, what should be the strongest sequences, the superhero action, don’t work as well as they should as they’re designed for animated movement. The younger end of the audience won’t pick up on this, as they’ll be distracted by the well designed visuals for imaginative villains. Which superhero reader wouldn’t be impressed by a pharaoh, someone able to mimic others perfectly and someone who can transport people back through time? While all three stories are good, it’s Sébastian Thibaudeau and Michael Delachenal’s plot for that third story that proves the highlight as it features a villain whose powers are beyond the norm, and therefore far more of a threat.