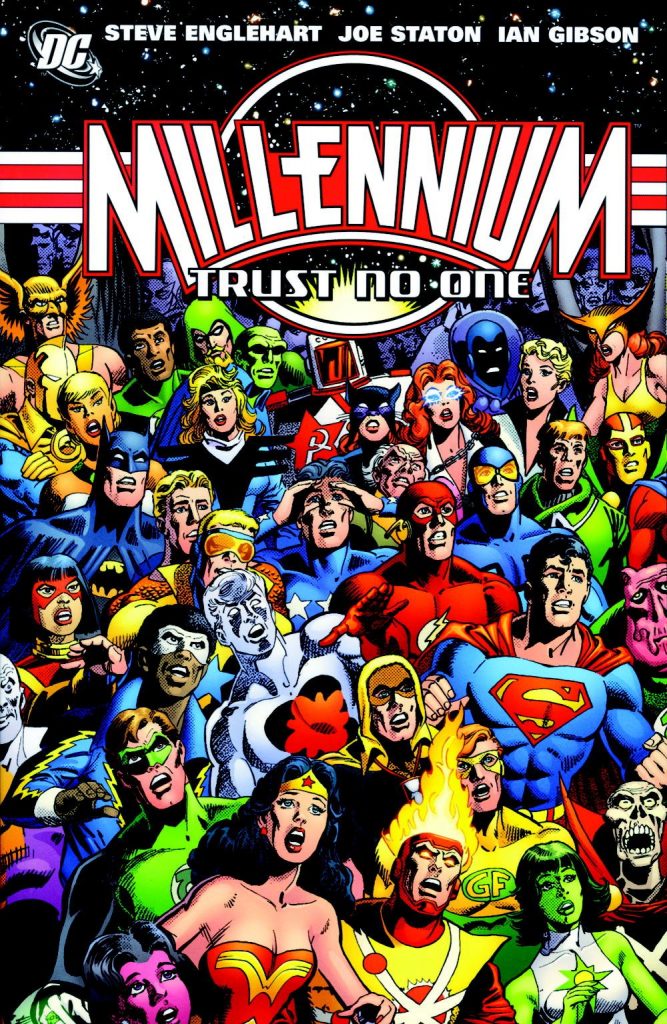 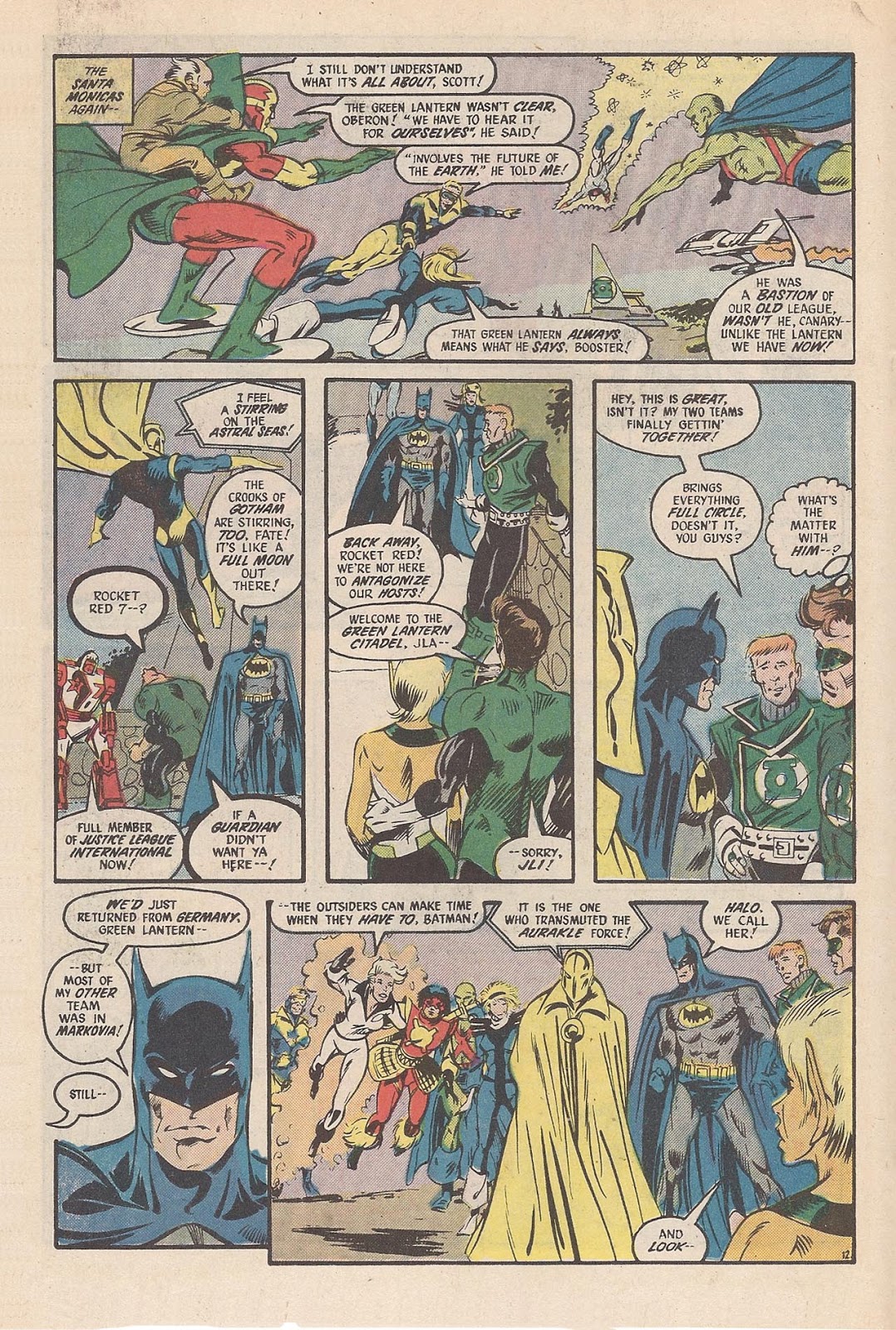 Hot on the heels of Crisis on Infinite Earths and Legends came Millennium, in 1988 DC’s third mega-crossover series. It saw writer Steve Englehart expand on an iconic tale from his 1970s Justice League of America run, as well as his then more recent work on the Green Lantern Corps. His vision was a bold effort intended to touch all corners of their universe, introduce new characters, tie-in many titles and moreover to do so on a weekly, not monthly schedule.

Billions of years ago robotic peacekeepers called Manhunters rebelled against their creators, the Guardians of the Universe, who were immortal and desired a rational, emotionless cosmos – a view not shared by their own women. The Zamarons had abandoned the Guardians at the inception of their grand scheme, but after uncounted centuries the two factions had reconciled and left our reality together. Now they return with a plan to midwife a new race of immortals on Earth, but the Manhunters who had infiltrated all aspects of society throughout the universe are determined to thwart the plan, whether by seduction, connivance or just plain brute force. The heroes of Earth gather to protect the project and confront the Manhunters in their own private lives… and their own comics.

Unfortunately this volume only collects the eight core chapters without even a synopsis of those individual tie-ins, the result being an incomprehensible morass of confusion. In its original form each weekly instalment of Millennium acted as a catalyst for events that played out in the rest of the DC Universe’s comics, spreading across another 37 issues for a grand total of 44 comics. There might be some small confusion about existing plot-threads in individual titles, but nothing like the sheer bewilderment caused by just collecting the core as a stand-alone book. The target audience is clearly primed – both financially and in terms of story scope – for extended trade paperback series, so why foist this sad, truncated, bowdlerized abridgement on us? Without the connecting chapters the plot and characters bounce about from crisis to revelation to denouement and nothing makes any sense.

Steve Englehart, Joe Staton and England’s own Ian Gibson may not be stellar names at the moment, but taken in its entirety, this tale was ambitious, bold and highly entertaining, whilst many of the follow-up chapters were incredibly impressive. These included individual contributions from such luminaries as George Pérez, John Byrne, Kevin Maguire, Kieth Giffen, Jerry Ordway and a host of others. Even if it’s only in the cheap and cheerful Showcase Presents format, don’t the creators and especially the readers deserve the whole story? 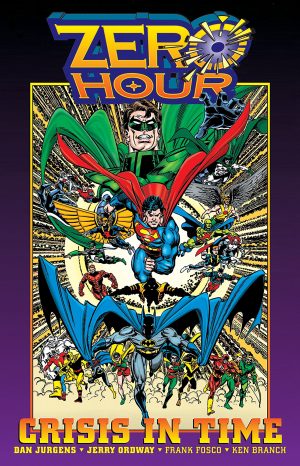 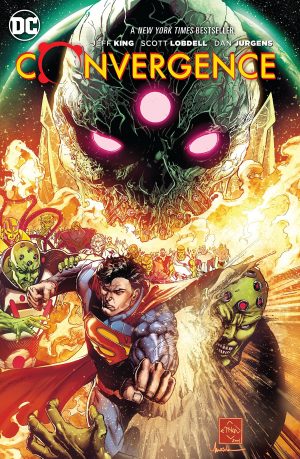