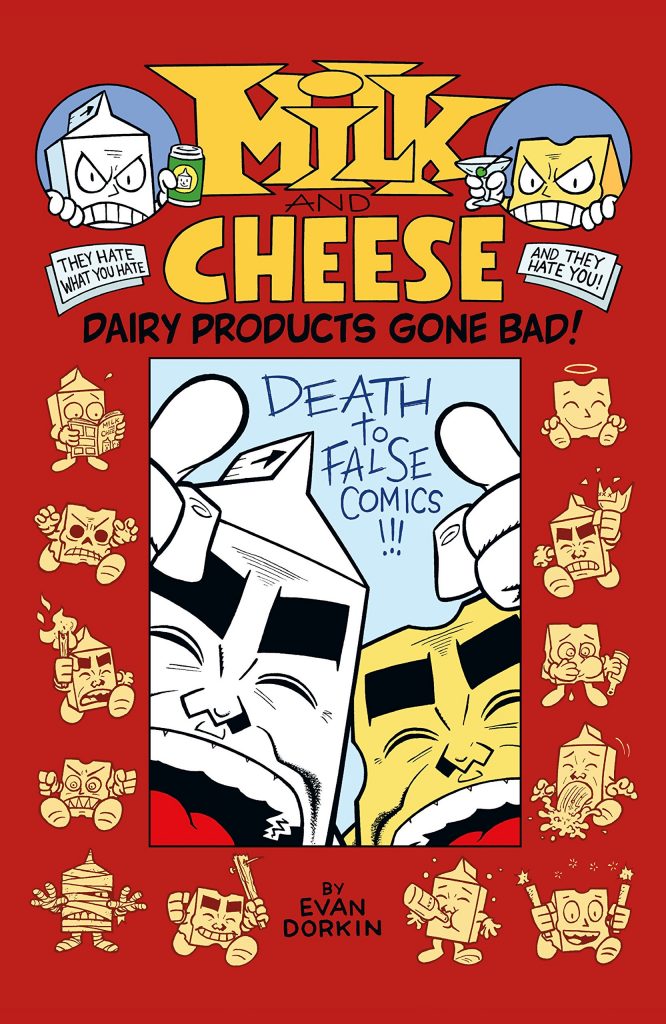 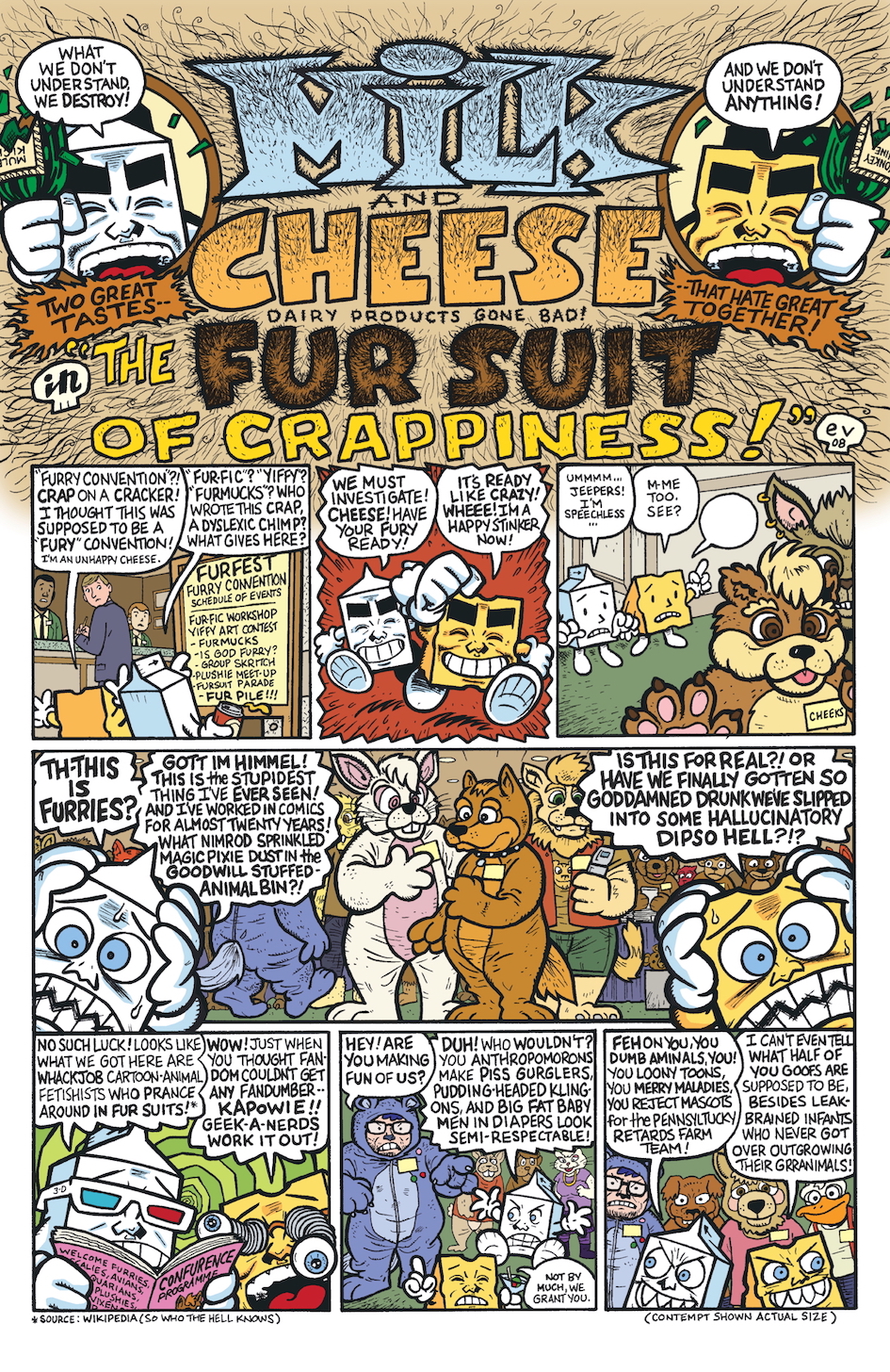 Among the frankly bonkers merchandise available for Milk and Cheese at their peak was a Milk and Cheese lunchbox. It depicts the two titular characters (the Hercules of Hate and the Samson of Spite, as they’re sometimes known) drinking lots of beer and then vomiting into a lunchbox, with delighted cries of “Liquid lunch!” That pretty much describes the level of humour you can expect to find contained in the pages of Dairy Products Gone Bad.

These characters don’t just break the fourth wall, they smash it down with a hammer, stab it in the eye, knock out its teeth with a nail-studded baseball bat and set fire to it. Which, funnily enough, is also the plot of almost every strip.

Milk and Cheese are basically a milk carton and a wedge of cheese with faces and limbs, and we usually start with them watching TV. They become annoyed about something, which prompts a drink-fuelled rampage, spreading death and destruction everywhere they go. Sometimes we end up back in the front of the boob tube with more beer, sometimes we end with our diabolical dairy twosome standing in the wreckage of wherever they’ve just destroyed.

Targets include drug addicts, police, comic fans, fat people, old people… You name it, Milk and Cheese hate it. And if they don’t say that in this book, they should have. Overall, the plots range from the non-existent (Milk and Cheese run around shouting “Merv Griffin” over and over, with no explanation at all) to intelligent, and sometimes affectionate, pokes at Star Wars, the movie industry and much, much more.

Amusingly, in terms of comics, Milk and Cheese seem to have had more number ones than The Beatles, but this collection includes pretty much everything ever produced featuring the characters. The artwork starts off rough, but soon evolves into something more passable before eventually becoming as polished as possible with this stripped-down style. Evan Dorkin’s never going to be confused with Alex Ross, but he totally nails the cartoony style he’s going for, which brings to mind Jamie (Gorillaz) Hewlett or Philip Bond. He also has great graphic design sensibilities, readily apparent in some of the copious bonus material at the end of this book, such as the trading card and coaster designs.

Milk and Cheese can be offensive, infantile, puerile and repetitive, but they’re also often really funny, and Dorkin manages to squeeze an incredible amount into most pages. Okay, most of it is violent mayhem being inflicted on the subject of the day, but it’s quite remarkable that he manages to keep it funny for as long as he does. He happily admits that Milk and Cheese is a one-note joke, but it’s one that he milks for all it’s worth. Excuse the pun.

A word of warning, though: don’t consume this book in large chunks. You’ll quickly find that too much Milk and Cheese will start to grate (bazinga!) This is a confection best enjoyed in small, bite-sized mouthfuls. Though we wouldn’t recommend reading this with an actual full mouth as you may well spray food everywhere when you laugh out loud.