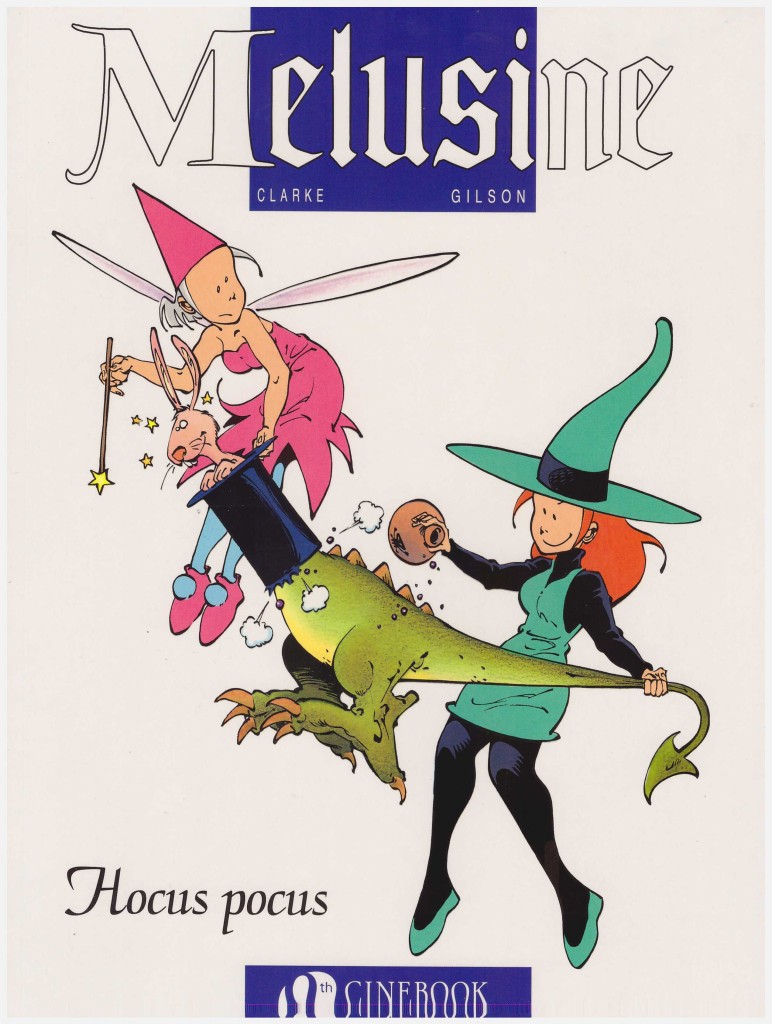 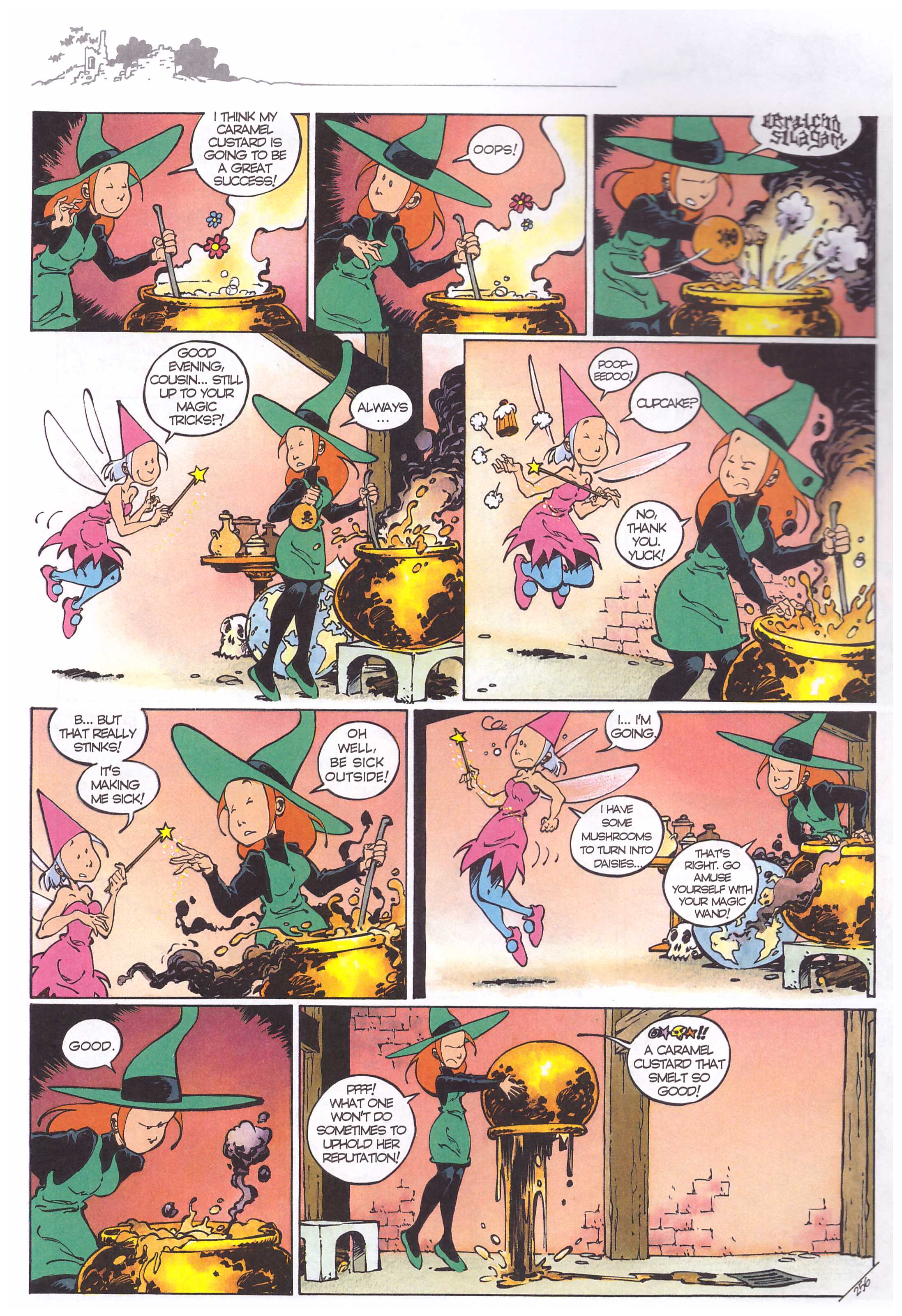 Melusine is an astounding success story. Since its 1995 début in the weekly French children’s comic Spirou 23 albums have been published to date, collecting the largely one page adventures of the teenage looking witch that’s actually 118 years old. As of 2017 Cinebook have translated just the five books, although not in chronological order. Hocus Pocus, for instance, is the seventh in the series, although given the brevity of individual stories the reading order matters very little.

The appeal is easy to see from Frédéric Seron’s art, produced using the alias ‘Clarke’. It’s charming cartooning in which the cast are fluid, and move with their clothes. He’s a man who’s attentive to small touches. Toward the end of the book three characters are having a meal. Two eat on a plain wooden table, but the third, established as very girly, has her own section of pink spotted tablecloth. Don’t miss the four little whimsical sketched illustrations placed randomly at the top of pages. They’re lovely, and integral to the charm.

Melusine is indentured to a witch, but in the manner of Mickey Mouse in the ‘Sorceror’s Apprentice’ sequence of Fantasia, she spends much of her time not flying with a broom, but sweeping up with it. Yet this is voluntary servitude, as some strips display her deliberately mucking up spells and recipes in order to maintain her reputation. Why she’d want to remain working for the crochety ghostly half woman isn’t explained in this collection. She has friends with characteristics that play off her own inexperience and frustrated good nature. Melisande, as also seen on the cover, is a qualified fairy godmother, capable, but scatty, and Cancrelune aspires to being a fairy godmother, but lacks the skills.

Clarke’s art is so good, so fluid, so charming, that a glance induces a desire to love and cherish Melusine. Sadly, it’s not to be. François Gilson’s gags are predictable, even for a younger audience, although the sample page is an exception. Any joy stems from the anticipation and the good nature that’s imbued in the strips, but don’t come expecting a book as good as it looks. By cinebook’s numbering the next in the series, Halloween, offers a slight improvement.