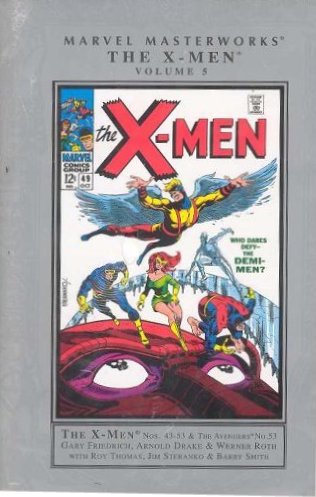 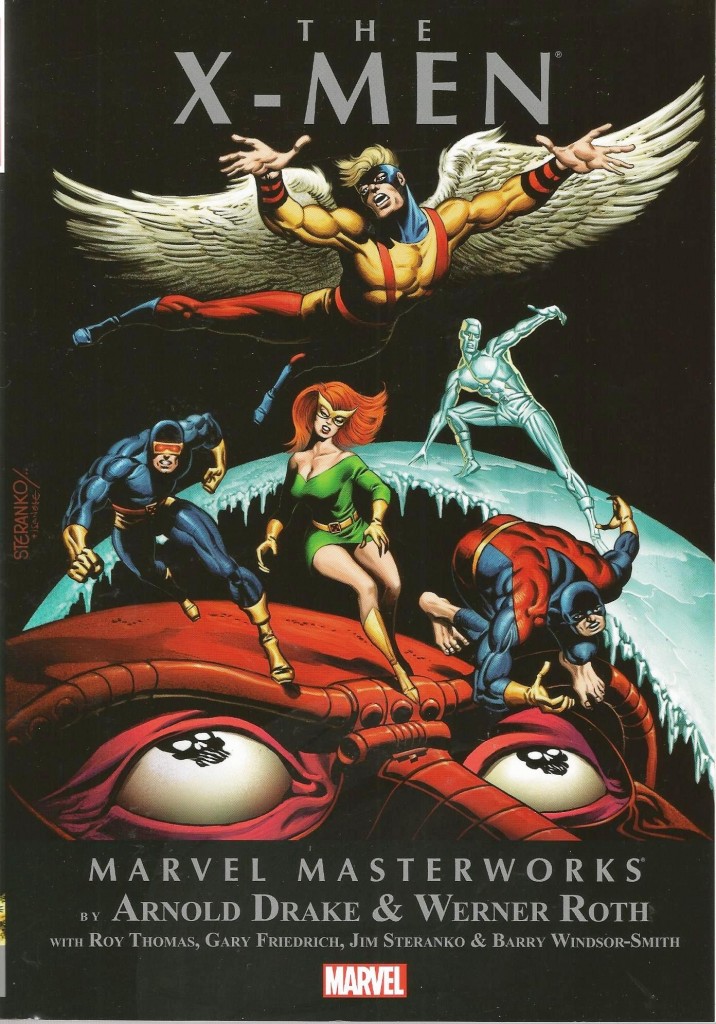 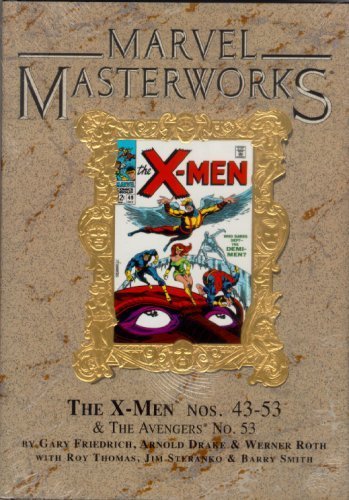 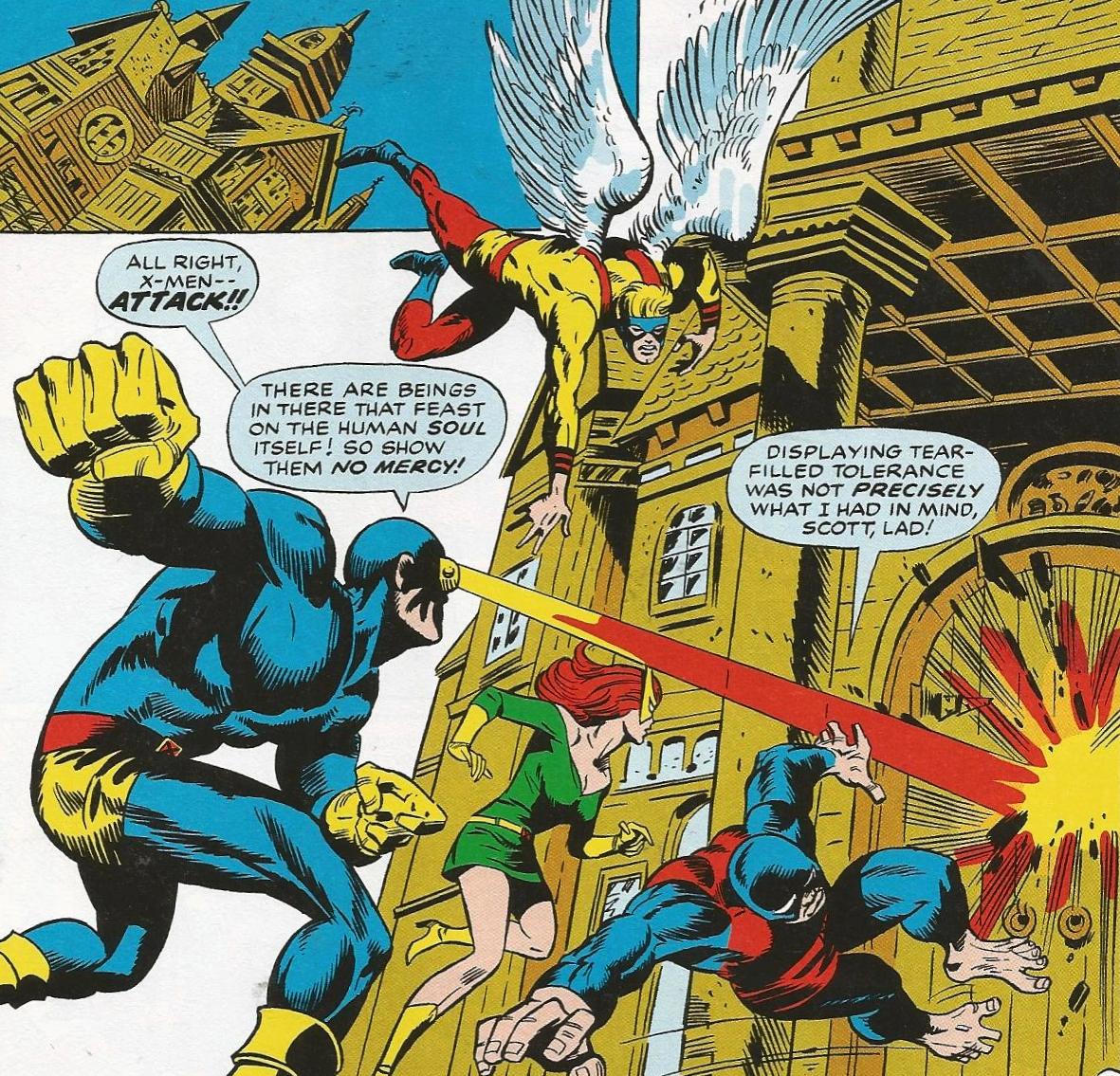 After having slid into the Slough of Despond in the previous volume, the X-Men achieve an uptick in quality with these stories – though not without a hiccup or two along the way.

Following the loss of one of their own, the demoralized X-Men are defeated by Magneto and cronies, despite the the Brotherhood of Evil Mutants being reduced to a trio. The Angel’s escape from the team’s captivity prompts a reunion with obscure 1940s hero the Red Raven, now turned paranoid anti-hero, as the avian X-Man seeks aid. This leads nicely into the first major X-Men/Avengers cross-over (the two teams clashed for a few pages in earlier days), and it’s a thoroughly satisfying three-sided conflict. The relevant issue of Avengers is included so as not to interrupt the story, and John Buscema, one of the Avengers’ finest artists, is at the top of the game, but returning Werner Roth, on the X-Men side of the illustrations, rises to the challenge. New scripter Gary Friedrich then takes the team into a short sequence where they go their separate ways, encountering more minor menaces before plot twists (and still-dwindling sales) require a reunion.

Another new writer the arrives, Arnold Drake, fresh from the critically-acclaimed (but, alas, poor selling) Doom Patrol at DC. This was ironic because the X-Men and Doom Patrol, both teams of misfit heroes headed by a genius in a wheelchair, debuted almost simultaneously, and it’s never been successfully established which ripped off which, or whether the remarkable similarities were truly coincidental. Drake eases smoothly into the writing, handling both the main serial and the ongoing series of origin back-ups with dexterity. He introduces Mesmero, a lieutenant of Magneto who would become formidable in his own right, and then we’re into one of the X-Men’s breakthrough issues, as Drake is joined by illustrator Jim Steranko. His superbly-executed pages give a whole new panoramic wonder to the narrative. This features one of Magneto’s greatest clashes with the X-Men, and the introduction of Lorna Dane, a powerful mutant, also a master of magnetism, and is asserted to be Magneto’s daughter. This happy state of affairs lasts only two issues, sadly, then it’s all a bit of a shock when Don Heck and Werner Roth take over again, and the story is wrapped up with indecent haste.

A rather peculiar stand-alone issue is illustrated by Barry Smith, a British artist who had sent in some ‘on spec’ pages and – so Roy Thomas avers in his introduction – taken literally Stan Lee’s invitation to drop by if he was ever in the US, as he turned up at Marvels New York offices a few weeks later. Drake scripted a tale in which the X-Men battle the constipated-Pekingese-faced Fantastic Four villain Blastaar, and the results are crude and peculiar.

The volume is rounded off by a solo Angel story, which Thomas asserts was written in 1967 by Jerry Siegel, co-creator of Superman, but not published until 1971. Clocking in at thirty pages, it appears to be a chopped-up pilot for an Angel solo series. Illustrated by George Tuska, it’s a perfectly competent battle with the villainous Dazzler (no relation to the later Marvel mutant heroine), no better, but certainly not worse, than many Marvel offerings of the period.

Two Steranko original art pieces, a page by Werner Roth for a never-published story, and a three-page bridge created for a 1970s reprinting of the X-Men/Avengers clash, conclude this odd mixture of the sublime and the mundane.