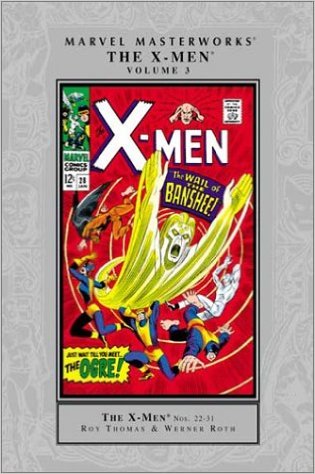 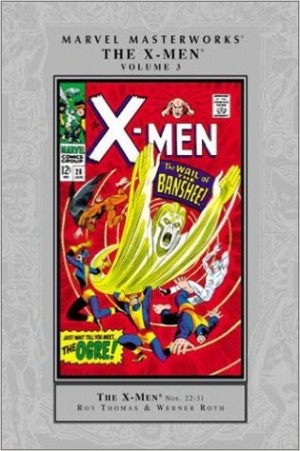 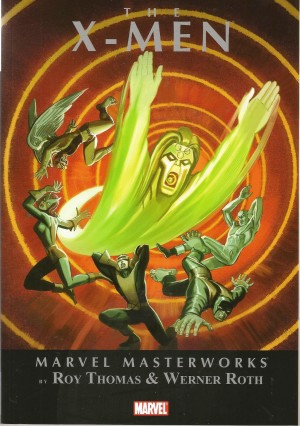 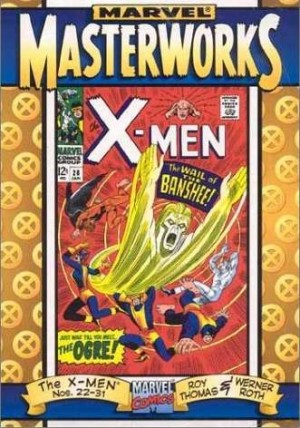 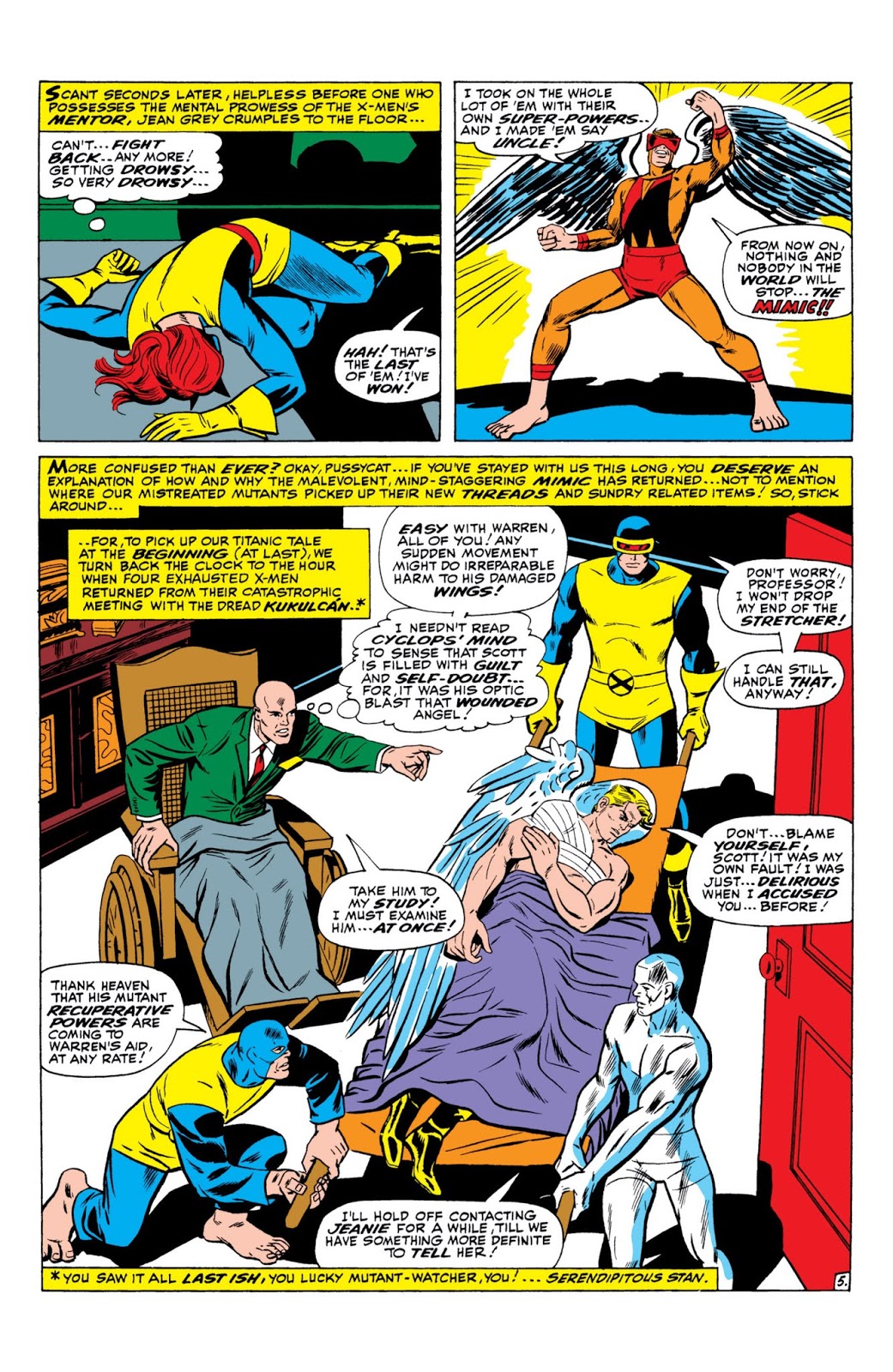 This third collected volume of the X-Men’s 1960s adventures is very much like the proverbial curate’s egg; parts of it are excellent. As for the rest, well…

To be fair, there’s no out and out stinkers among this selection of stories, and they all achieve at least base-level competence and a minimal entertainment value. It becomes evident, though, that Roy Thomas, who was also writing the Avengers series at this time, was giving the bulk of his attention to that group, and Marvel’s Misunderstood Mutants were coming in at second place. We open with a collection of second-hand and second-rate super-villains, such as the Eel and the Plantman, gathered under the leadership of Count Nefaria, who attempts to ransom the Capitol of the United States while framing the X-Men for the deed. Then there’s the Locust, an insect-based bad-guy with a vague ecological message, the frankly embarrassing El Tigre, a South American would-be despot who plunders Mayan artefacts for power, and a Poundland Iron Man, the Cobalt Man. By filing off the serial numbers from an old Thor villain, Thomas also generated the Warlock, a mind-manipulating menace who attempts to steal Marvel Girl’s heart (as well as the rest of her anatomy).

These by-the-numbers battles are linked by a peculiar subplot in which Marvel Girl declares that she must leave the X-Men forever – but doesn’t actually go anywhere, making it one of the most pointless plot points yet recorded! She attends college, but commutes to almost all the X-Men’s battles, so the only purpose of this thread is to re-introduce the Mimic, one of her fellow students, who fleetingly joins the X-Men.

The Mimic sub-plot – his re-empowerment, his redemption, and his seeming sacrifice, in a battle against the Super-Adaptoid – is one of the stronger and more movingly written arcs in this volume, as is the premier appearance of the Banshee, a foe who would later become an ally. The Banshee tale also introduces the looming ‘Big Bad’ of Factor Three, a behind-the-scenes organization with a secret agenda, which would dominate most of the stories in volume four.

As noted earlier, several outstanding tales, given Thomas’ comparative lack of experience at the time – but a lack of confidence in the difference between his writing of his own creations, and re-visiting previously-established ones. Banshee apart, he’s clearly happiest at this point, playing with other people’s toys, and the weakness of several scripts makes the volume a plodding read in parts.

Thomas also writes the preface, with interesting revelations about his original plans for the Banshee and Sunfire. A couple of interior art pages, plus a never-used cover for X-Men 25, fill out the back. 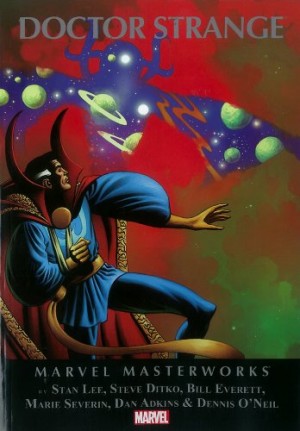 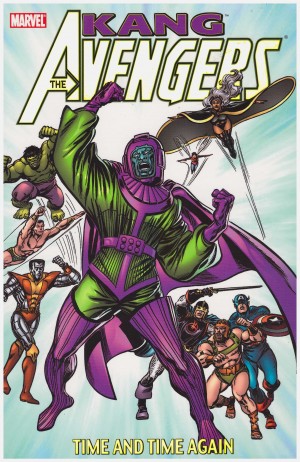