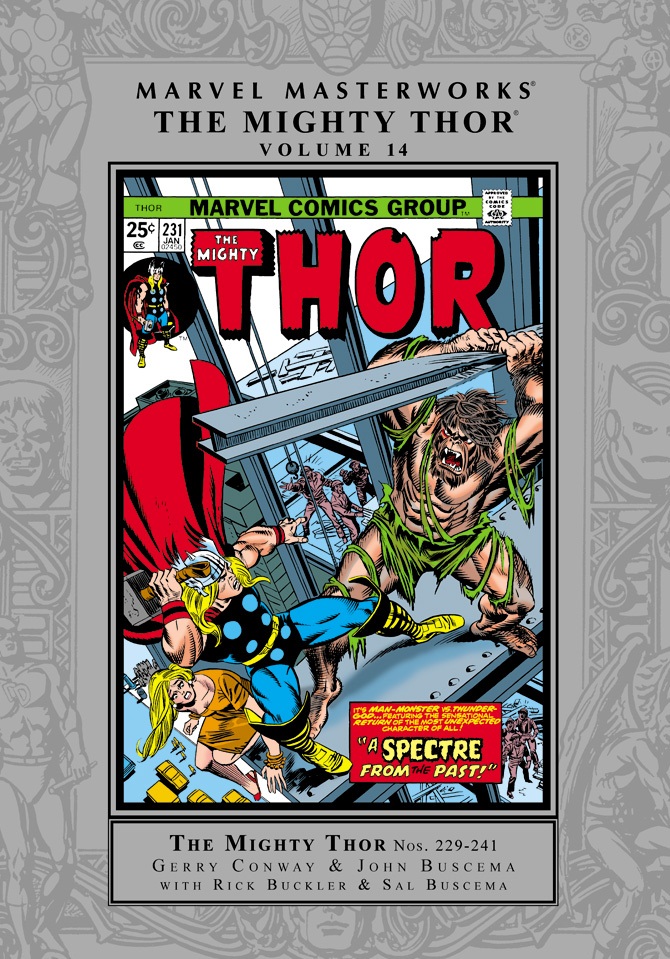 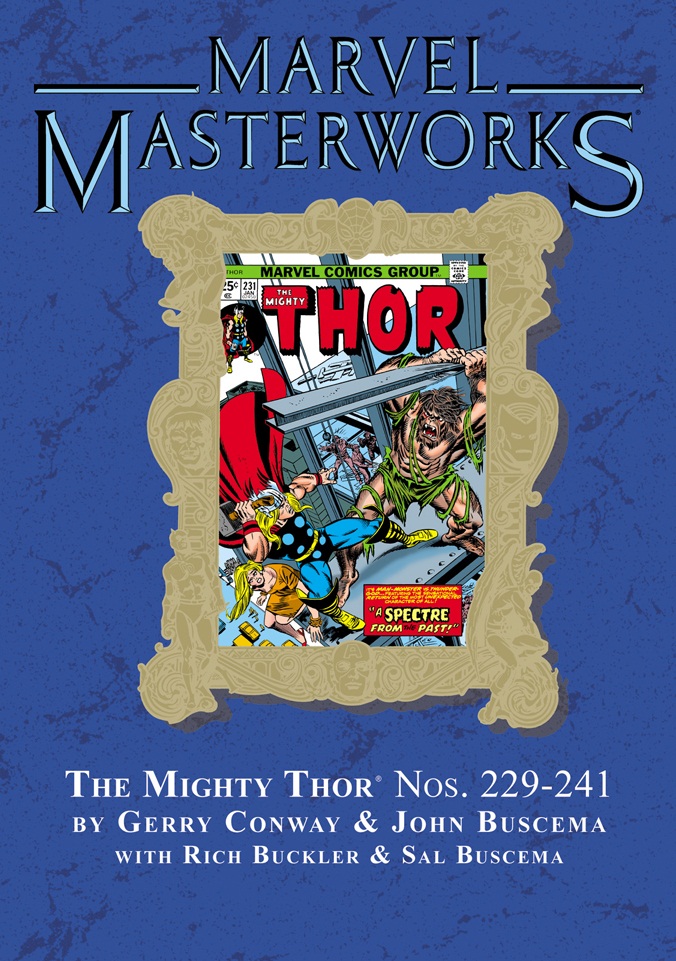 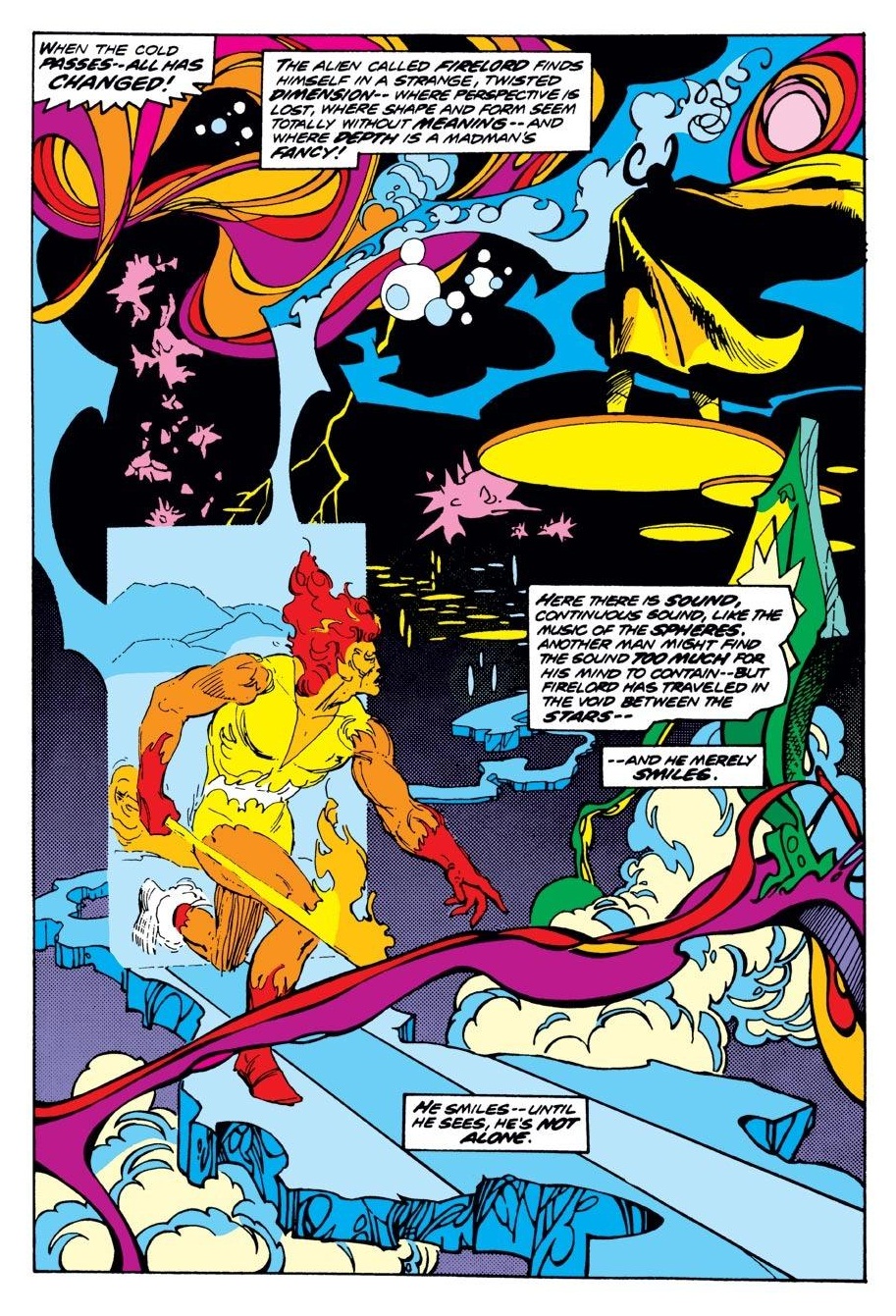 The stories presented in this larger than usual Masterworks volume pick up in late 1974 and run into 1976. By this time Gerry Conway had been writing Thor for just under three years, and he was running out of steam. He did still have one good multi-chapter story in him, but much of the remainder is going through the motions.

Opening artist Rich Buckler is hardly pushing the boat out either. His pages swither between imitations of Jack Kirby and John Buscema, but without the dynamism or the detail of either and some horribly posed figures. In the opening chapter there’s a panel of Thor flying over New York, the caption commenting on his amusement at the world below, but Buckler provides an empty street corner. Indeed, Thor and Hercules appear to have Manhattan to themselves in broad daylight until an exploding building brings a dozen people onto the streets. Thankfully Buscema returns for most of the book, now inked by Joe Sinnott, and looking peerless. The sample art even displays he can work against type to produce a form of Steve Ditko hallucinogenic scenery. The final episodes are by Sal Buscema with Klaus Janson’s inks, although this is very early Janson when still developing a style, so his customary scratchy grit is absent.

Conway’s best story has Loki leading the forces of Asgard to invade Earth. The circumstances making this possible are developed well, and if the build-up is leisurely paced, the conclusion is rapid, exciting and interesting, with Buscema really bringing the immense threat to life. Amid ordinary stories of men transformed into monsters, vague representations of mankind’s evil and the presence of Hercules largely frittered away, this is a beacon of enjoyment. There are some nice touches in Conway’s final contributions to Thor, scenes featuring an amnesiac Odin on Earth, a novel method of defeating the Absorbing Man and Jane Foster moving beyond her previously simpering character, but they’re among a lot of ordinary pages.

Roy Thomas and Bill Mantlo write the final two reprinted issues, introducing the interesting idea of the ancient Egyptian pantheon of gods returning to Earth, but not really doing much with them. Mantlo and George Tuska are responsible for the bonus feature of a Hercules solo tale. Tuska draws the bare minimum he has to, and Mantlo’s plot is hardly scintillating. Frankly, thanks, but no thanks. The book would have been a slightly better collection without this.

Everything here can also be found in Essential Thor volume six, but in black and white on pulp paper.