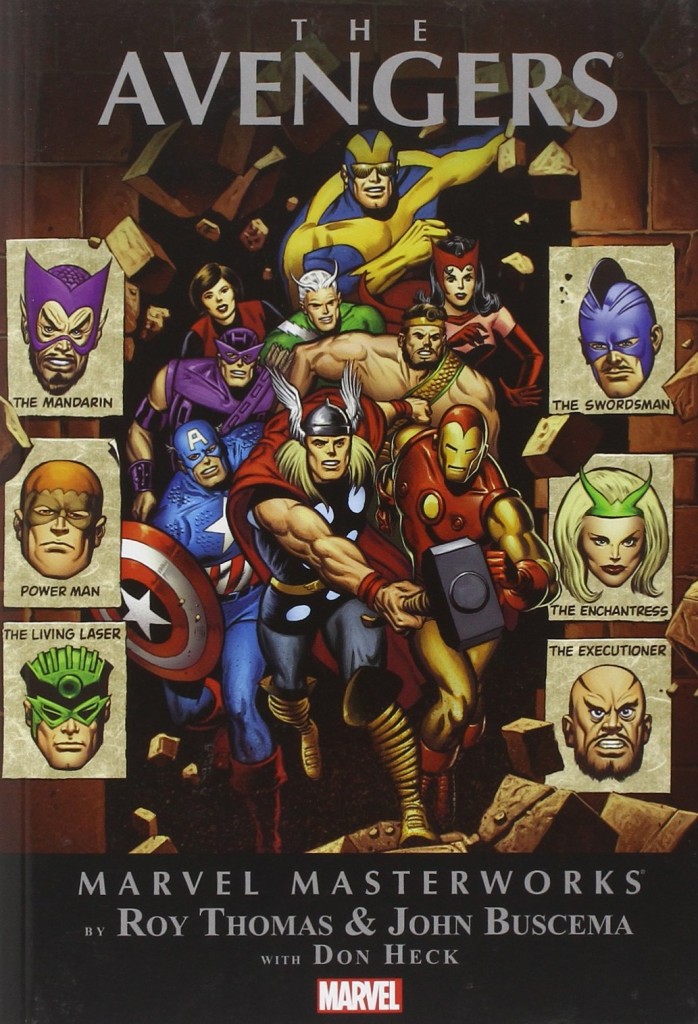 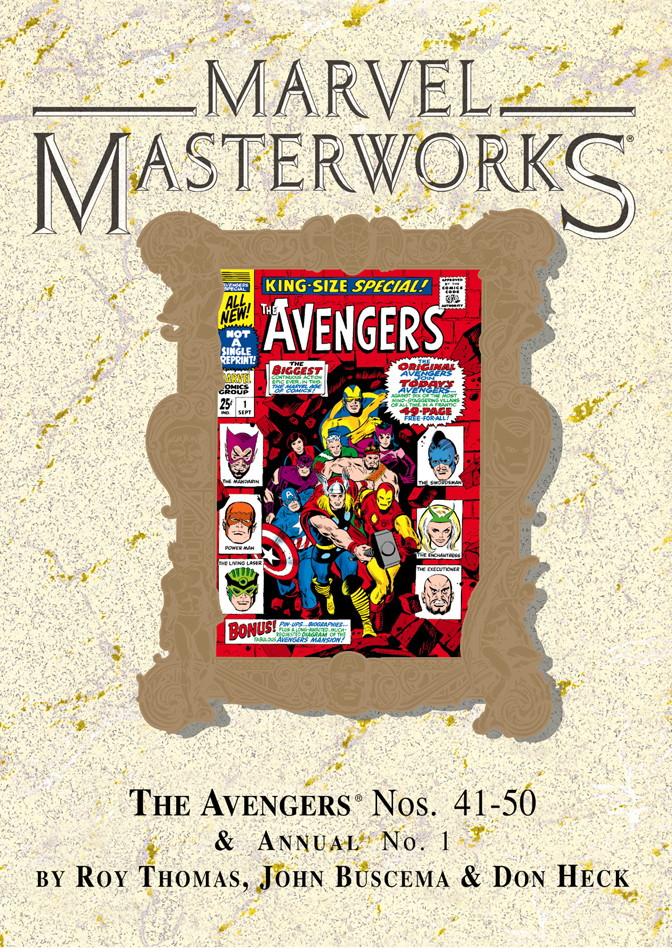 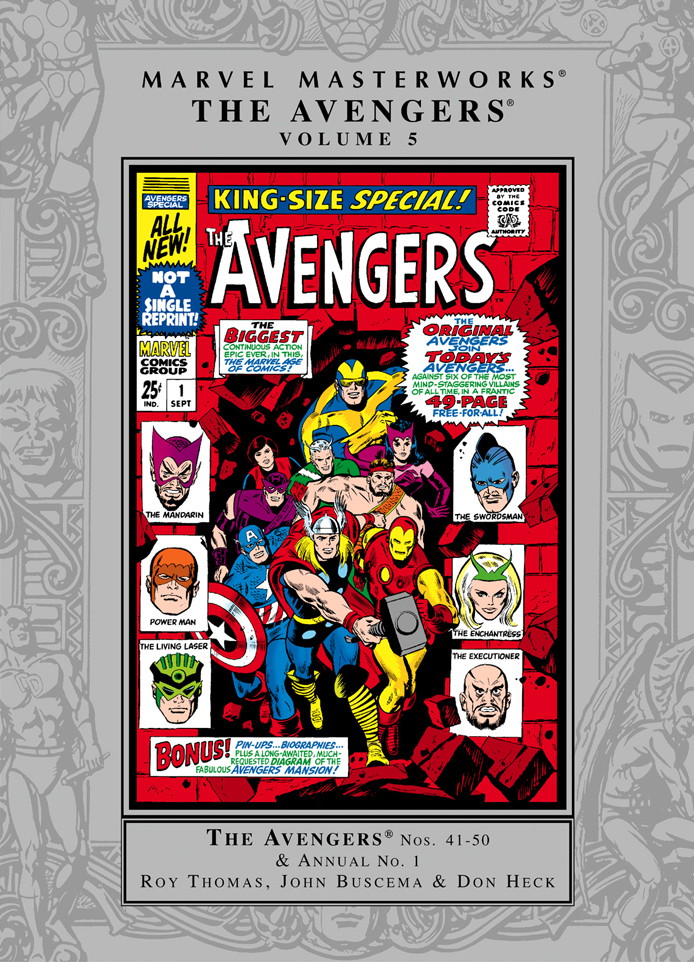 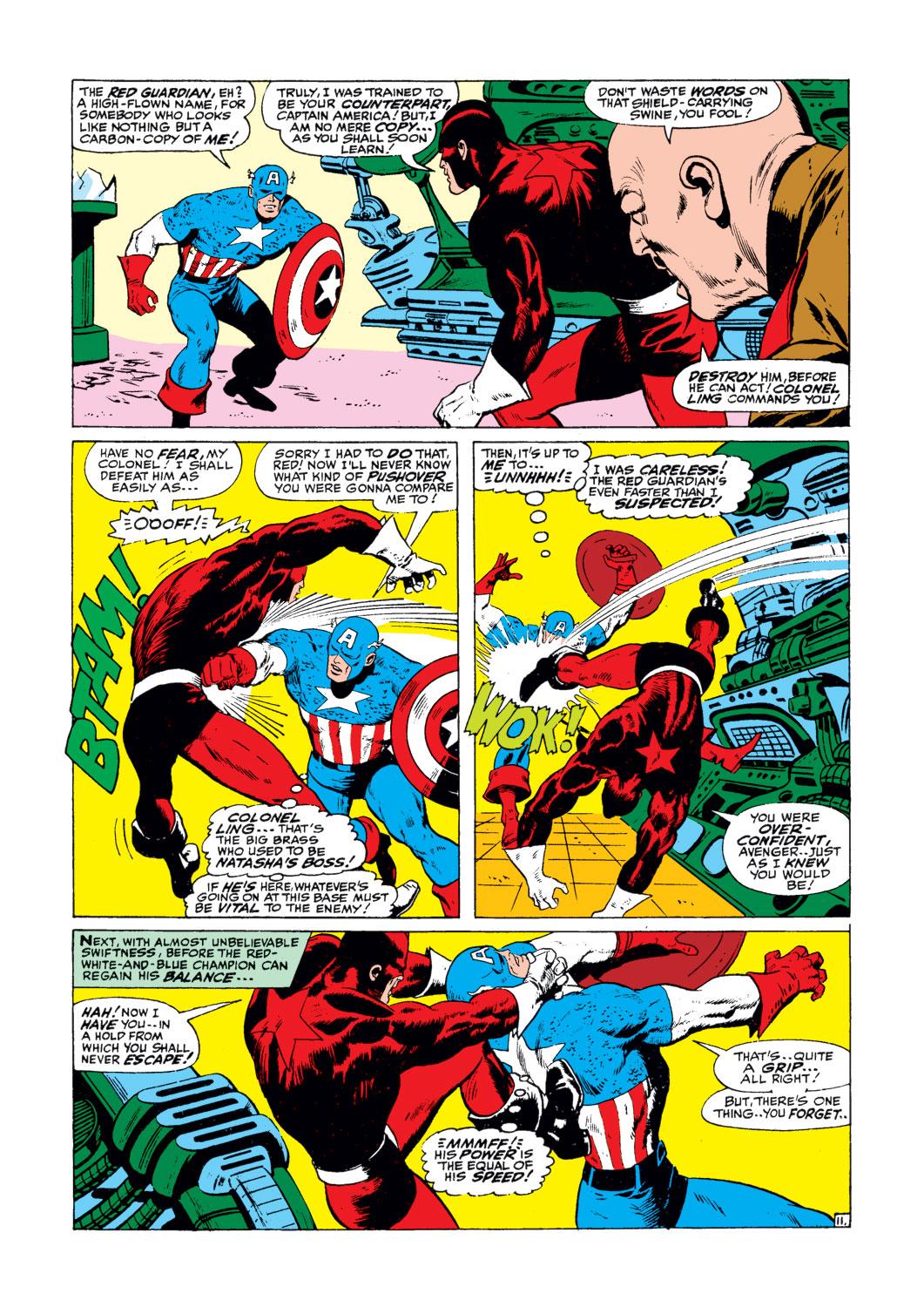 When Roy Thomas took over the Avengers he was handed rather a dog’s dinner. What began as a title uniting Marvel’s top of the range superheroes (with the exception of Spider-Man), changed direction after a year to concentrate instead on a batch of reformed villains led by Captain America. As seen in Avengers Masterworks 4, Thomas immediately set about making changes, introducing new characters to the title, but never fully committing to them as team members. Hercules, Black Widow, and here a reworked Black Knight all dropped by as he tried to get a handle on the series.

On the evidence of the material presented in this collection it’s arguable that he still hadn’t managed it well over a year into his run. Yet, Marvel showed faith, allowing time that would never be permitted these days, and Thomas eventually blossomed, producing a run of stories that still stand up well. None are included here, and the closer, what would now be considered an anniversary, The Avengers having reached issue 50, ranks among the least inspired Thomas ever wrote for the series. He’s enthusiastic about John Buscema inking his pencil work, but while the figurework brings to mind the grace of classical newspaper strips, they lack the lush backdrops.

Neither are Buscema’s pencils presented at their best by the inking of Vince Colletta. For a man who came to dislike drawing superheroes every bit as much as his predecessor Don Heck, his initial work is a step up and certainly energetic, but it’s cluttered and has no breathing space here. It’s way better, however, than George Tuska’s fill-in.

The best of this 1967 material is what was originally presented as the first Avengers annual. Thomas had a sense of the occasion, and his plot reunites the former team members with the current line-up, as the Mandarin accumulates a number of Avengers enemies. In the style of the Justice Society of America comics he loved so much, Thomas has the Avengers split into pairs to deal with the villains in separate chapters, before pooling their abilities for a final showdown. Also showcasing ideas and invention is Goliath and the Wasp trapped in an ant-hill while the Avengers fight the Whirlwind.

A search for the Black Widow leads the Avengers to what was then Soviet Russia where they confront a communist equivalent of Captain America, the Red Guardian. This became a landmark story, but despite being referenced, revisited and added to ever since, it’s not dated well, serving as the problem with the remainder of the volume in microcosm. Thomas is lighter on the anti-communist propaganda than might be expected for the time, but his dialogue explains what’s pictured anyway, introspective thought balloons abound, and melodrama is all-pervasive. We have lines such as “Black Widow? What is that infernal, lying, female to you, Avenger?” or “You love her? That tiresome tool of the decadent democracies?” or “Aim first for the females. They make the easiest targets!”

This is being slightly unfair, as these stories reflect both the tenor and the style of their times, and were actually progress, but they’ve not dated well. Thomas’ plots, however, were better than those of Stan Lee, and he didn’t lack for ideas. He was learning, and improves.

For those who prefer, the content of this and the better Avengers Masterworks 6 can be found in black and white on pulp paper in Essential Avengers 3. More recently it’s been reissued along with half the following Masterworks as the Epic Collection Masters of Evil.