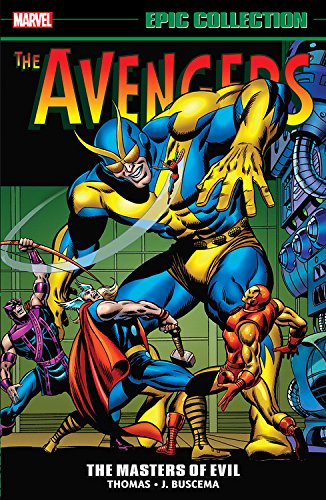 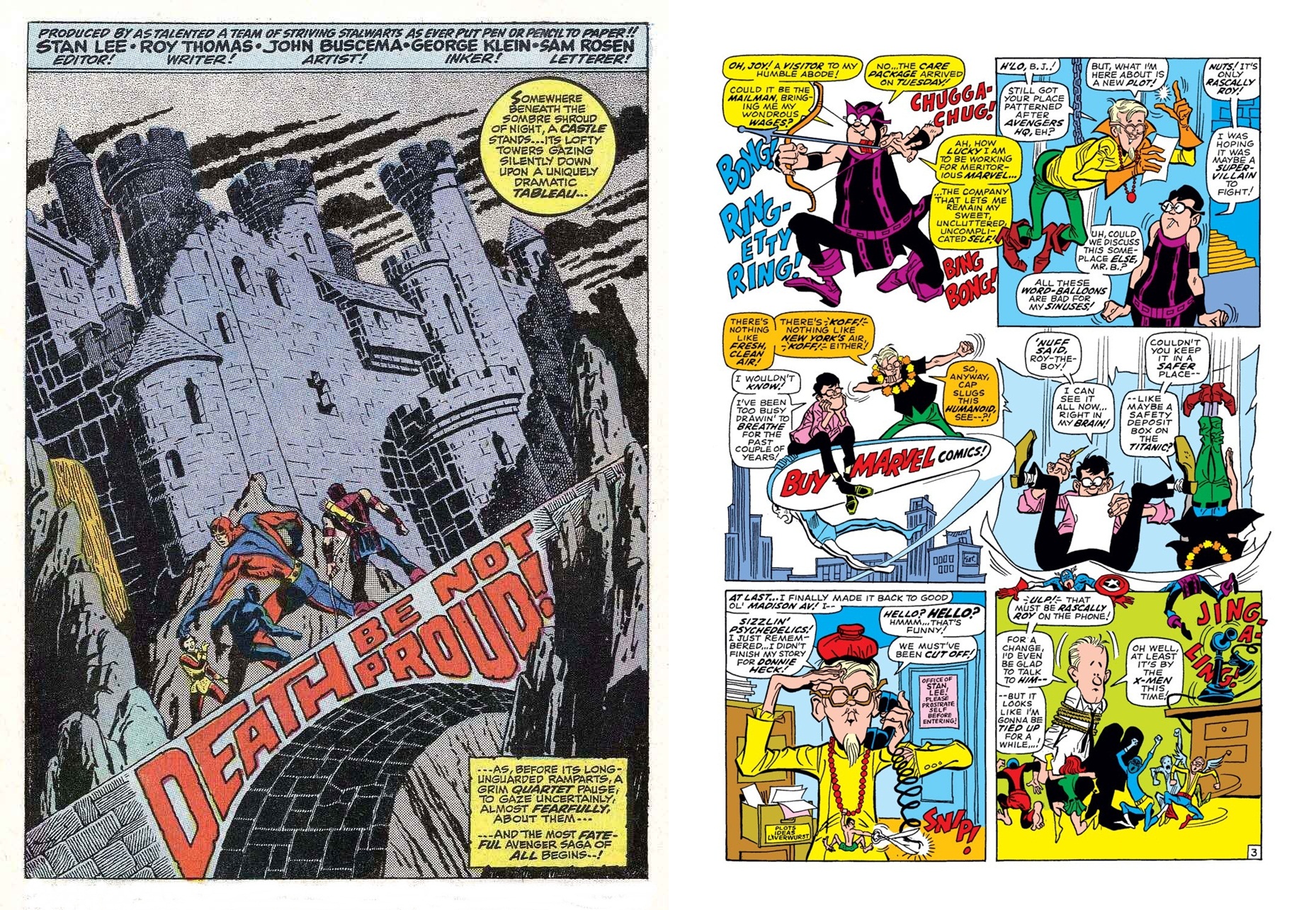 It may not fit the myth, but the Avengers weren’t really that entertaining before Roy Thomas started writing the series. Even then it took a while before he really shifted into gear, that process starting with the handful of Avengers stories toward the end of this collection, dating from mid-1968.

Masters of Evil picks up, however, in summer 1967, and Thomas is hamstrung by not being allowed the use of Avengers headliners Captain America, Iron Man and Thor, the editorial viewpoint being perhaps readers wouldn’t buy their titles if they were featured in the Avengers. It’s noticeable that the one occasion they do appear results in the most energetic of the early stories collected, as the Avengers are teamed up in pairs to fight minions of the Mandarin. “You need only know that you are in the presence of one who shall soon grind all of Earth beneath his heel” is about the level of the dialogue, but the plot is inventive, if not accompanied by enthusiastic Don Heck art. He’s great on the opening scenes, but as soon as the costumes appear his characters become stiff and posed.

Most of the art is by John Buscema, and the eighteen month sweep of collected issues displays just how much he learned about what worked and what didn’t when it came to superhero teams. Early in the book his panels are cluttered, something he doesn’t entirely lose in this material, but replacing Vince Colletta as inker with George Klein gives the art a cleaner look, and by 1968 Buscema’s classical instincts are starting to come through, as seen by the fantastic sample art.

Although the ideas don’t always work, Thomas isn’t short of them, which is good. He introduces a Soviet equivalent of Captain America, less inclined to spout ideology than if written by Stan Lee, and tied into the Black Widow’s past. There’s an inventive story trapping Goliath and Wasp in an ant hill, and if the emotional crises that lead to Quicksilver and the Scarlet Witch returning in the company of Magneto aren’t entirely believable, then it does lead to a crossover with the X-Men, rare in those days. The introduction of the Black Panther broadens the team’s backgrounds, and long lasting villains the Grim Reaper and Whirlwind are introduced. The surprise behind the Masters of Evil is good, and a story from the second Avengers annual is a neat trip to another universe where Thomas inventively rewrites Avengers history.

If preferred, this content occupies volumes 5 and 6 of Avengers Masterworks, or is alternatively found in Essential Avengers 3, there in black and white on pulp paper. What’s not included in those is Thomas displaying a talent for light parody over three pastiche Avengers strips. Gene Colan draws an alternative version of the Avengers locating Captain America, and the then current team battling Kang, while Buscema is astonishingly good at comedy, elegantly drawing a strip about Thomas tiring out artists with his endless plots. Later Marvel self-parodies could have a smug edge to them, but these are good-natured and still funny.

The continuity of the Avengers Epic Collections continues in Behold… The Vision, and that’s where Thomas really locks into writing classic Avengers.