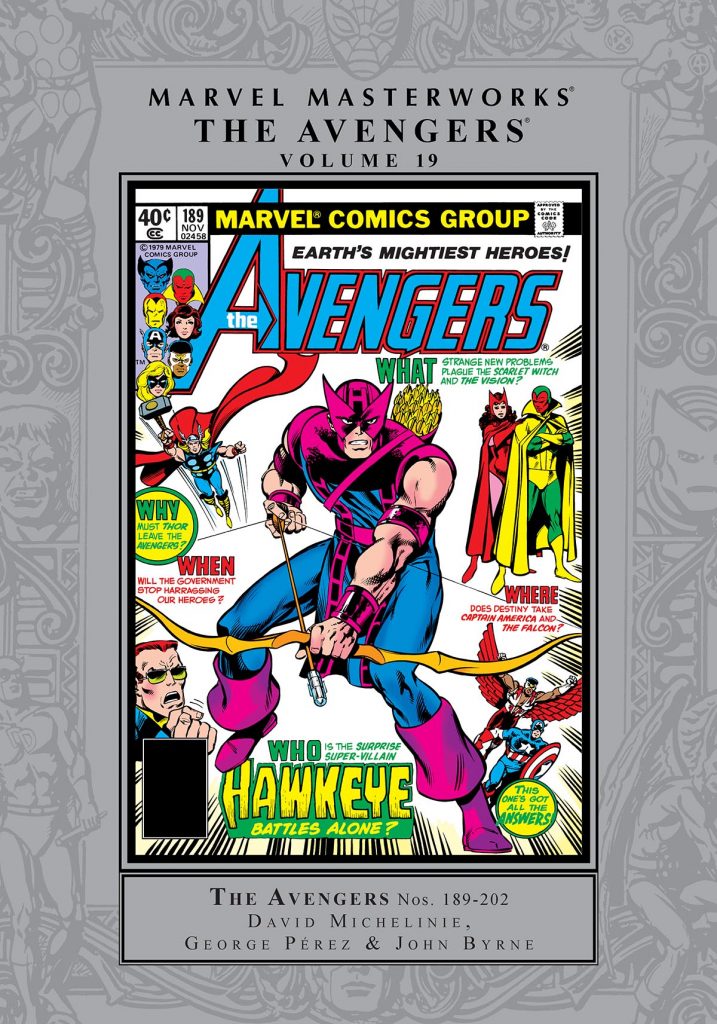 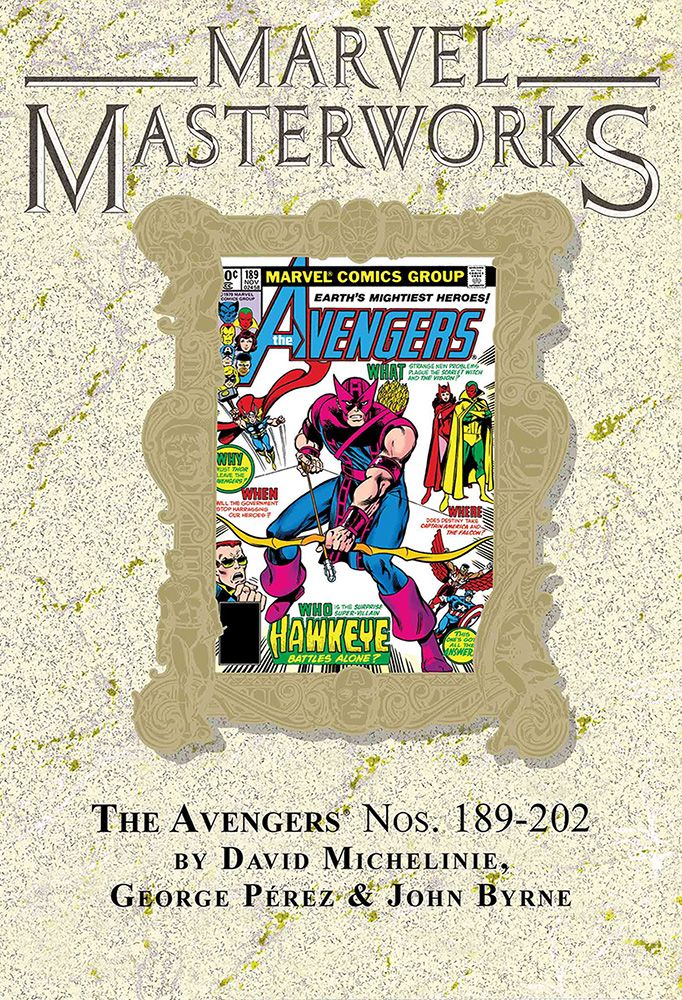 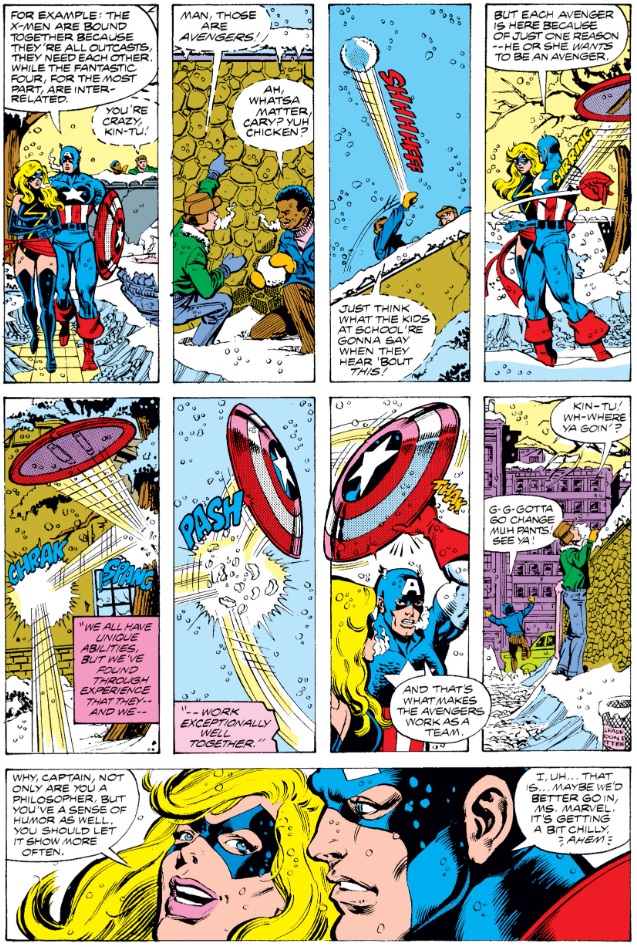 This contnet from 1979 and 1980, represents (mostly) the second half of David Michelinie’s run as Avengers writer, the first half having been collected as part of Marvel Masterworks: The Avengers Volume 18. Actually, it’s a bit of a misnomer to call these ‘David Michelinie’s Avengers‘ because as in the previous volume, he often works from someone else’s plots, and at one point Steven Grant steps in to provide the script.

Where Michelinie excels is in writing about the quiet moments in between Avengers missions (see sample image). On reading the entire collection it’s apparent how many such scenes there are in just over a year’s worth of comics, but it’s hard to really complain as they are all nice character moments that one might often want to come back to. Not that the actual stories in which the Avengers go Avenging are bad, with one very notable exception, and people who have read Avengers over a long  period will realise that Kurt Busiek’s later run took quite a bit of inspiration from them. True, few of the stories here are as spectacular as the best of Roy Thomas and Steve Englehart, but let us focus for a moment on the positives. The collection opens with a nice solo tale for Hawkeye (by Grant), the introduction of the Taskmaster is quite clever, and the final piece, ‘This Evil Undying’ (based on a prose short story by Jim Shooter) is quite a neat Ultron adventure. There’s also a lovely little solo outing for the Avengers’ butler, Edwin Jarvis.

But then there’s that one bad story. And it is very, very bad. Concocted by Michelinie, artist George Pérez, Shooter, and Bob Layton, it sees Ms. Marvel, Marvel’s most strident feminist character at the time, seduced by Marcus, son of Immortus, with the aid of some mind-controlling devices, and impregnated against her will. She gives birth to Marcus, and then, because she is in love with him, accompanies Marcus back into Limbo. And the Avengers sit back and watch this happen! Angry fans have justifiably dubbed this episode ‘The Rape of Ms. Marvel’, and Chris Claremont, who had written Ms. Marvel when she had her own series, was evidently so angry that he wrote an Avengers Annual that undid the resolution here. Look for it in Masterworks Volume 20, or Marvel Masterworks: The Uncanny X-Men Volume 7.

There is some lovely artwork. The volume begins with the end of John Byrne’s run, followed by some lesser fill-ins by Arvell Jones and Sal Buscema, before George Pérez returns, and the rest of the run is his, apart from a fill-in by Carmine Infantino. Pérez delivers by some considerable distance his best work so far on the series (see sample image).

The collection is rounded out by a Wonder Man solo story by Michelinie, Layton and Ron Wilson, and a Vision story by Tom DeFalco and John Fuller that only exists because the page count of Marvel comics around 1980 was longer than the Sub-Mariner stories being reprinted in Tales to Astonish. Neither is much good.

There are some nice stories here, but so much is dragged down by the appalling Ms. Marvel story. Better to buy the individual issues digitally. All content can also be found in in black and white in Essential Avengers 9, whilst the first Michelinie/Pérez ‘Interlude’ and the Jarvis story are in Avengers Visionaries: George Pérez and (expensively) The Avengers: George Pérez – Marvel Artist Select. 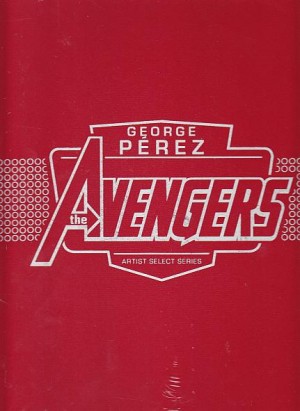