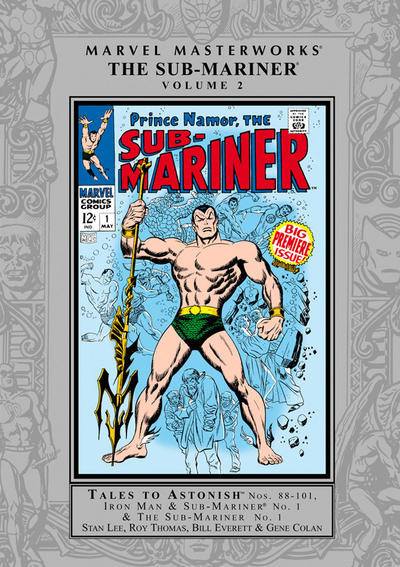 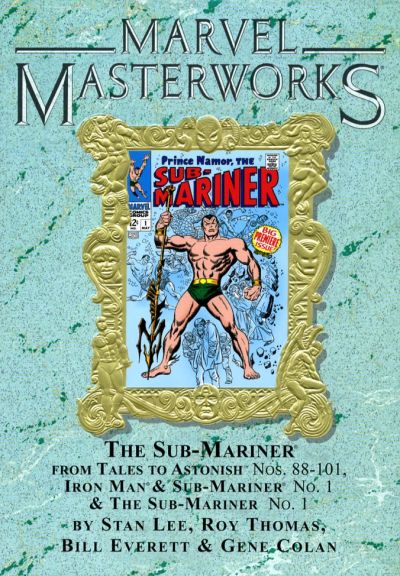 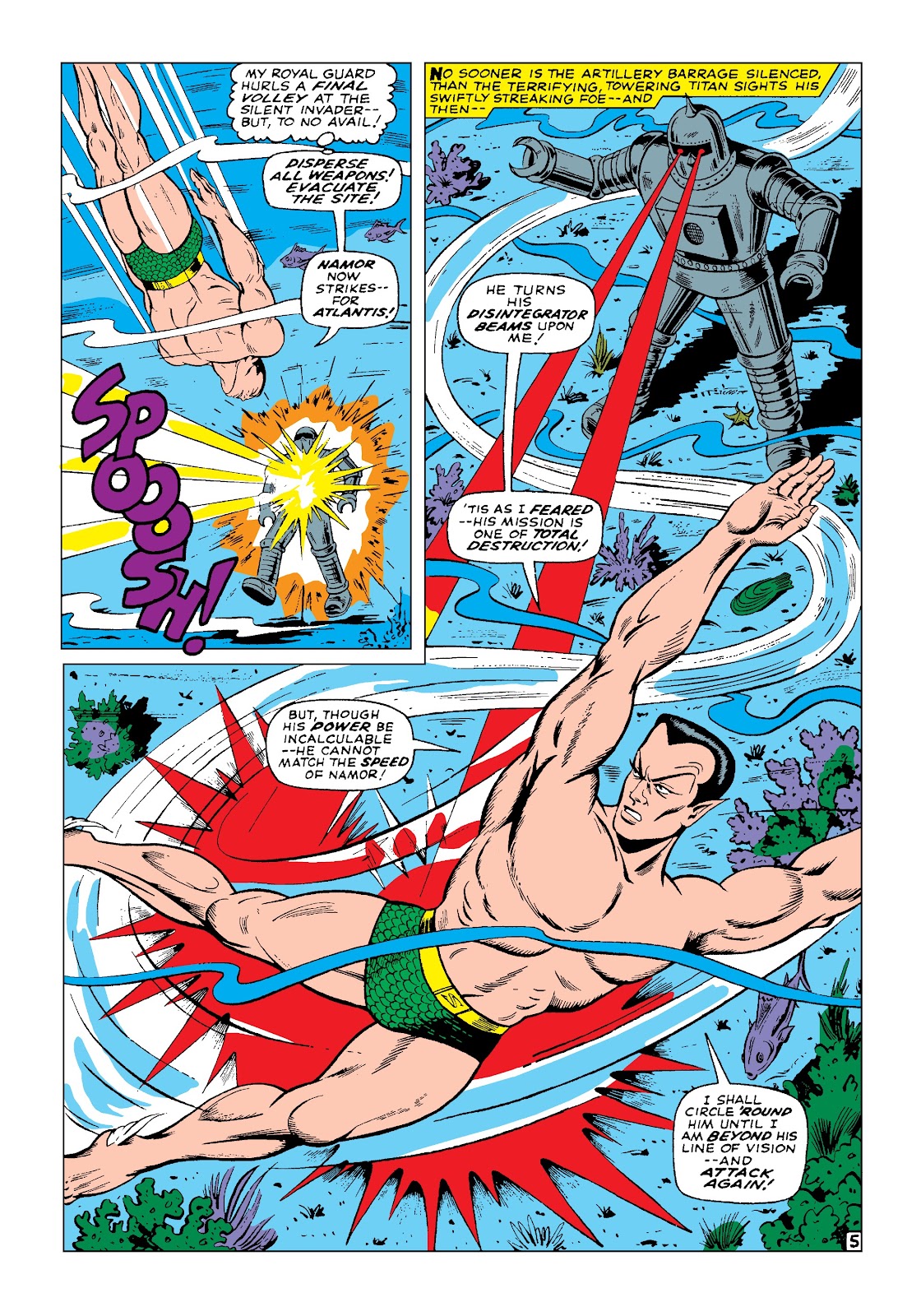 This second subsea selection collects Atlantean Prince Namor’s doings for just over a year spanning early 1967 to early 1968. It opens with a florid and enthusiastic introduction from sometime-scribe and passionate lifelong fan Roy Thomas before the undersea action resumes.

Thomas writes much of this collection, with Archie Goodwin also pitching in, but it begins with Stan Lee’s final contributions, continuing from Volume 1 and returning sub-sea barbarian Attuma, and the ruthless Prince Byrrah, both keen to prise Namor from his Atlantean throne.

The Sub-Mariner’s feature remained a monthly dozen pages, a compromise devised as a way to promote Marvel’s burgeoning stable of stars whilst labouring under a highly restrictive distribution deal limiting the number of titles they could release each month. Thomas’ first full script follows Lee, and has Namor battle a nuclear golem and an aggrieved US submarine commander to curtail imminent war, but given the limited pages Thomas then follows Lee’s serial formula. He drags Namor into the machinations of the Plunderer, co-scripted by the obscure Raymond Marais. The piratical old Daredevil villain attacks an experimental undersea city, and when the outraged Namor trails the Plunderer to the antediluvian Savage Land he’s captured and seemingly enslaved.

In 1968 Marvel escaped the onerous distribution commitment and thereby expanded exponentially, and Lee returned to have Namor recruit the Hulk as an ally in a tale that took 22 pages to unfold. It goes spectacularly awry after the Puppet Master foments a near-disaster that almost levels Miami. Goodwin then introduces a villain who would alter forever the history and perception of the Sub-Mariner.

Readers at the time must have been frustrated by Thomas following the dislosure by revealing half an origin before apparently killing the lead character. 1968’s first issue of a Sub-Mariner solo title in fifteen years by Thomas and John Buscema more than made up for the confusion as Namor’s true origin and the reason for his bouts of amnesia were explained by malign super-telepath Destiny. It recaps Sub-Mariner’s gloriously chequered past whilst setting up another epic quest that would prove amongst this venerable character’s very best. That, however, is the subject of Volume 3.

If you prefer, these stories are combined with those from Volume 1 in black and white as Essential Sub-Mariner Vol. 1. Many 1960s Marvel stories are more exuberant than qualitative, but from an art-lover’s point of view, this is a wonderful exception.