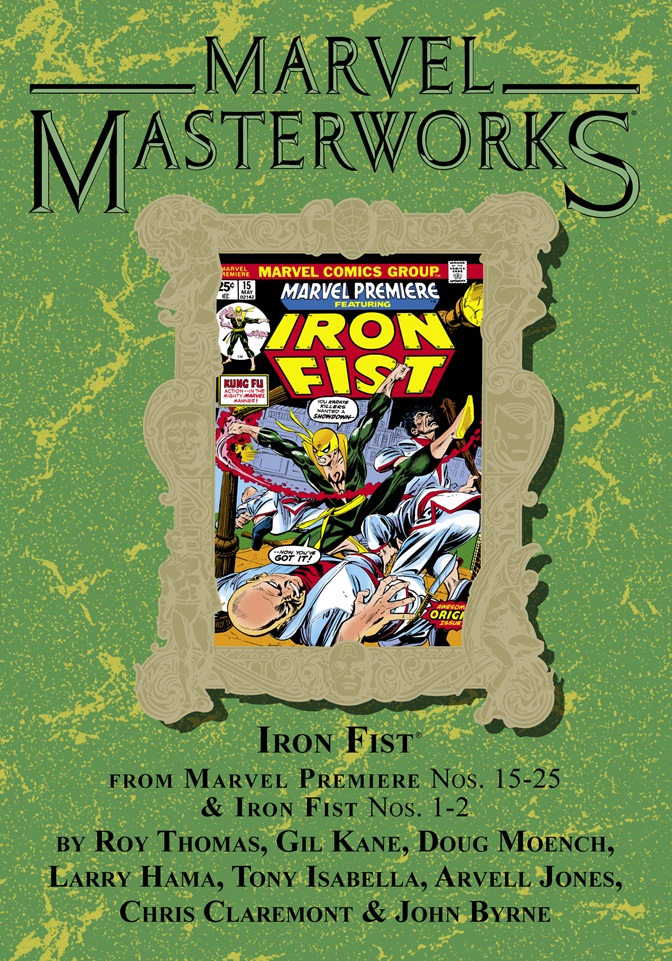 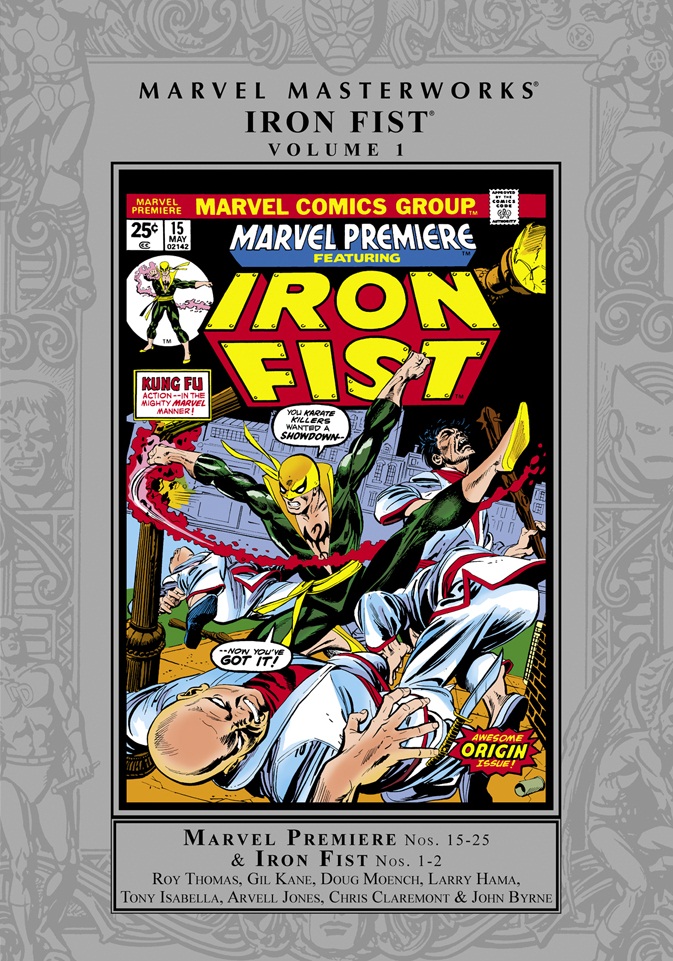 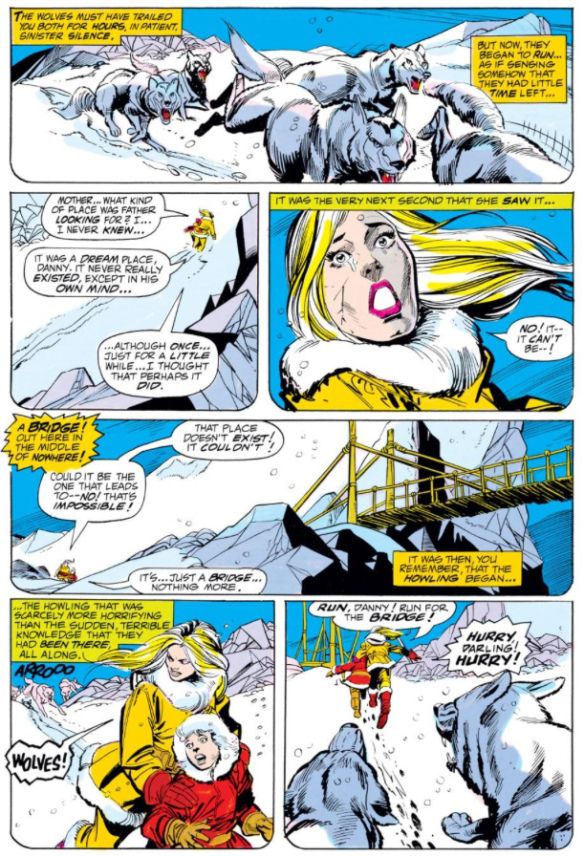 At the height of the 1970s kung-fu fad Marvel struck gold with Master of Kung-Fu, and a second stab at the genre again paid dividends in 1974 with Iron Fist, over the longer term even more successful.

Roy Thomas and Gil Kane produced the opening half of a very serviceable origin story with familiar touchstones, featuring a hidden city in the Himalayas, harsh and effective training, tragedy, revenge, and ultimately redemption. By the end of it blonde haired Westerner Danny Rand has fulfilled the destiny his father was prevented from achieving by becoming the martial arts warrior Iron Fist, protector of K’un Lun. His name stems from his power, an ability to gather his spirit into a physical energy manifesting in an enormously powerful punch. It’s solid and entertaining, blighted only by the poor choice to saddle the feature with second person narrative captions, which continue throughout this book. Len Wein then finishes Thomas’ plot, with Larry Hama, now better known as a writer, illustrating. He’s no Kane (sample art) who’s superb, but perfectly acceptable.

Unfortunately for the quality, the character shuffles from one creative team to the next. Hama stays for another three issues written by Doug Moench, before Tony Isabella and Arvell Jones take over for three issues. Next up was Chris Claremont, then the office junior thrown a bone, which indicates how Marvel viewed Iron Fist’s long-term future. After two issues drawn by Pat Broderick, Claremont was teamed with a new artist, John Byrne, and history was made.

Moench and Hama’s material relates how Rand avenges his father. The work’s professional without the spirituality or compelling quality Moench later brought to Master of Kung-Fu, but does bequeath a legacy character in Colleen Wing. He sets up interesting sub-plots, continued by Isabella in less convincing fashion. His contribution to the future is Misty Knight, a former cop and no mean martial artist, although it’s Claremont who takes a passing character and imbues the interesting qualities.

On inheriting the feature Claremont  sidelined the mystical kung-fu elements by then associated with a fad on the wane, and dropped Iron Fist into superhero stories. These won’t fully flourish until the material presented in volume two, but the little steps are visible as Iron Fist takes on a robot, a villain who can twist perception, and then Iron Man, that in the oh so common plot of two heroes fighting over a misunderstanding. It’s Byrne’s arrival that makes the real difference. Iron Fist was his first Marvel assignment after attempting to break in for a year. He likes the character, is determined not to lose the gig, and his enthusiasm shines through in thrilling pages and solid storytelling.

Both creators, however, step up a gear in the next collection, and if it comes to a choice, that’s the one to buy. Claremont and Byrne are still feeling their way here, and their contributions are preceded by too many ordinary pages, in which the predictable deus ex machina of the Iron Fist saves the day when it could have been used earlier to better effect. Those who do want everything can gather it for less money than this hardcover collection. Both this and the following volume are combined for the paperback Epic Collection The Fury of Iron Fist, or in black and white on pulp paper as Essential Iron Fist.