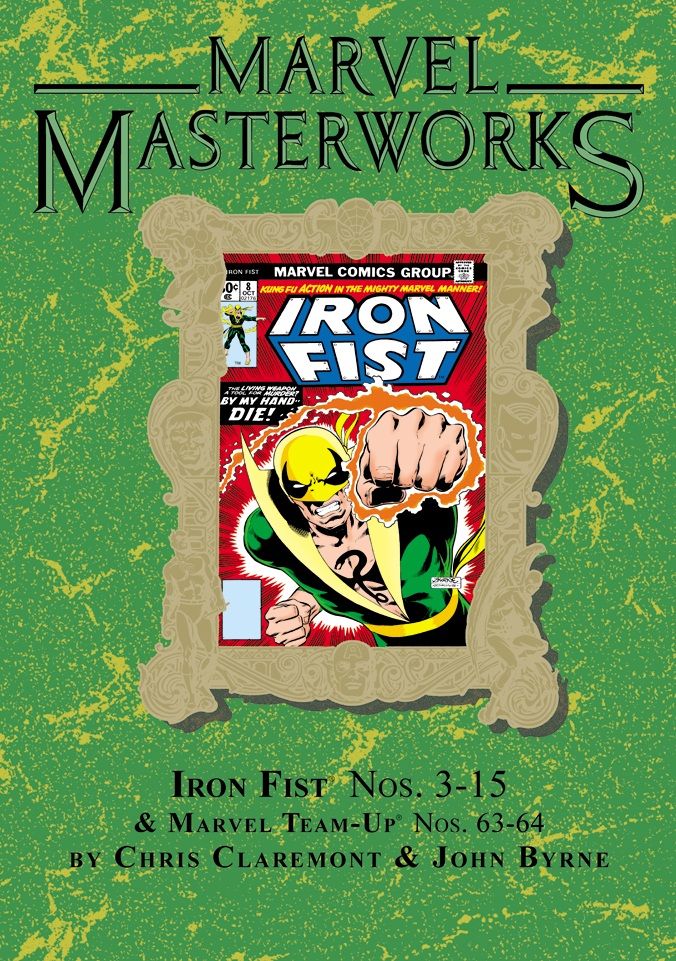 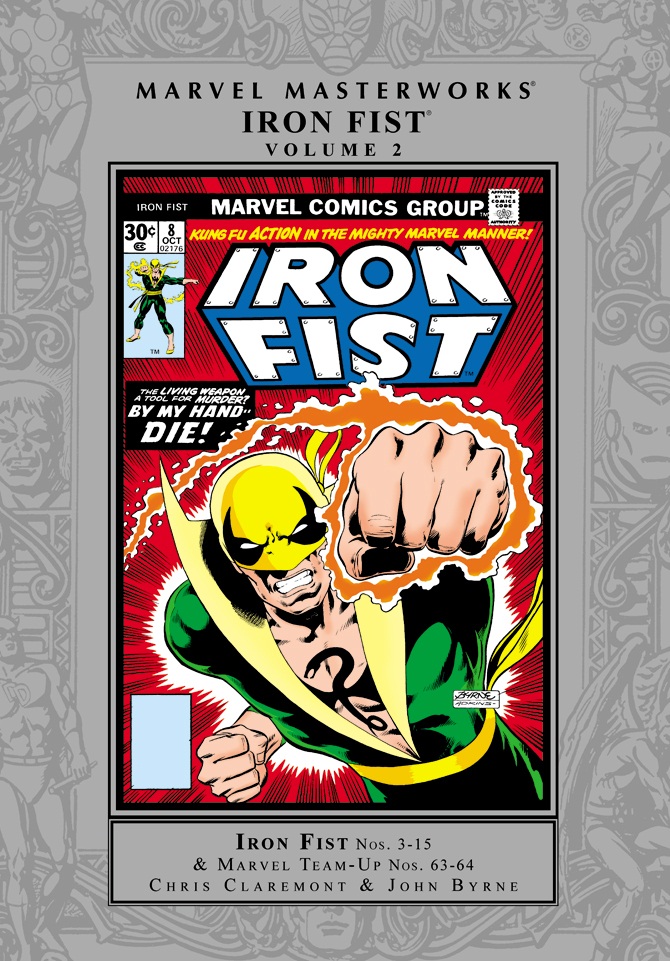 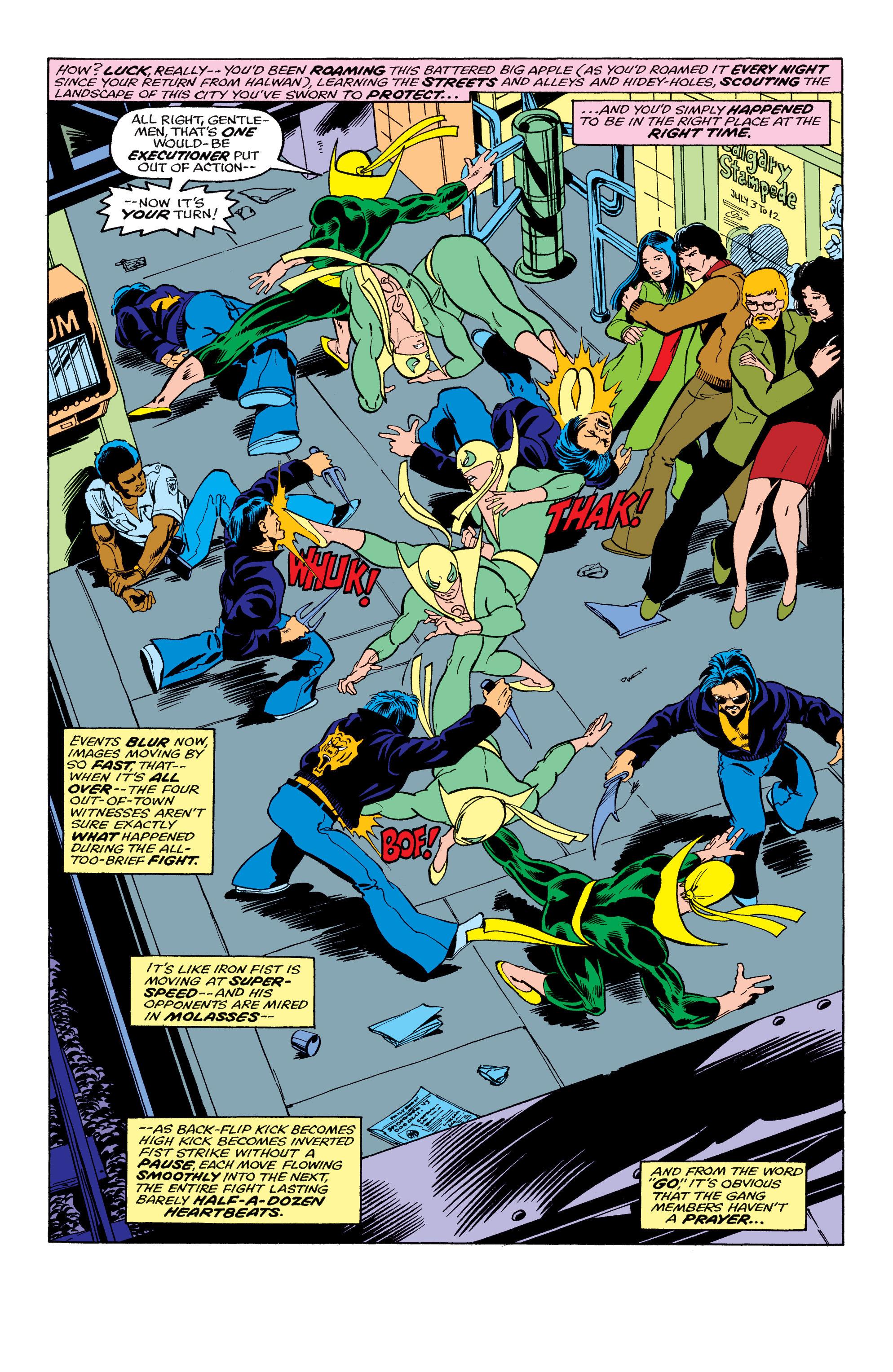 By the conclusion of the patchy introductory volume of Iron Fist stories from the 1970s Danny Rand’s martial arts background was established, and the final material saw him given to the care of Chris Claremont and John Byrne, both working on their first regular series. To say they took the ball and ran with it is to under-represent them, but it’s with the material reprinted in this collection that Iron Fist really comes to life.

Reading this run in hindsight it’s fascinating to see how Claremont and Byrne grew into the creators that would later propel the X-Men (who guest star toward the end) into the globally familiar brand they are today. From the start of this book Claremont’s mastered the soap opera pacing, separating his players and switching between calamities, and defining a supporting cast. This is both with sympathetic use of people in individual stories, and regulars, the ex-NYPD officer Misty Knight, a woman with a secret, and Colleen Wing, martial artist and swordswoman, abducted as the book begins. He doesn’t play safe with the cast either, as a sympathetic repentant terrorist numbers among them, and it’s ironic that for much of the book the greatest cipher is his lead character Danny Rand/Iron Fist, who takes a while to move beyond a well intentioned blank slate. While he’s not shy of filling a panel with words on occasion, this isn’t the verbose later Claremont, and he also makes the wise decision to dispense with the second person narrative captions.

It’s not just Claremont filling in the supporting cast. Byrne’s already very good at subtle visual definition indicating what the characters feel, and a pleasing visual effect he frequently employs is the use of multiple images of the same person over a larger panel to indicate their movement. To begin with Byrne hasn’t quite yet developed the storytelling dexterity characterising his later work, resulting in more panels than necessary, but a fine sense of determining the viewpoint produces exciting pages, and he’s a very quick learner.

Claremont continues to direct Iron Fist toward more conventional superhero status, best represented when he meets the thugs of the Wrecking Crew, while reinforcing his martial arts heritage in the immortal city of K’un Lun. The plots bubbling under most of the book involve K’un Lun. It may be a spiritual hidden city that only aligns with Earth every ten years, but it has its fair share of rogues and power crazed manipulators. One vengeance fueled refugee lurking in the shadows waiting to challenge Iron Fist is dragged on rather too long, although it results in a fine finale involving Spider-Man. Life is further complicated by a charge of murder hanging over Iron Fist from the previous volume, making him a wanted man. Wolverine’s later nemesis Sabretooth is introduced toward the end of the book, although in one of the lesser stories, the novelty being Iron Fist having to deal with him while snowblind.

Due to the enthusiasm and ingenuity that Claremont and Byrne applied this is still a very readable collection of stories, and under-rated as their later collaboration on X-Men draws all the plaudits.

This material is also available collected with the previous book in paperback as The Fury of Iron Fist, and in black and white on pulp paper as Essential Iron Fist. His continuity can be followed, initially under Claremont and Byrne, teamed with Luke Cage in the Epic Collection Heroes for Hire. 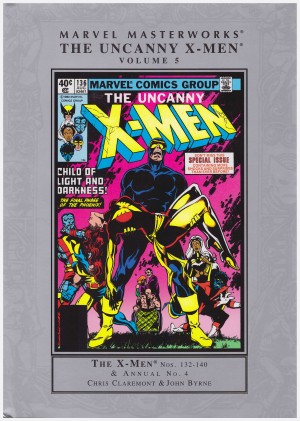