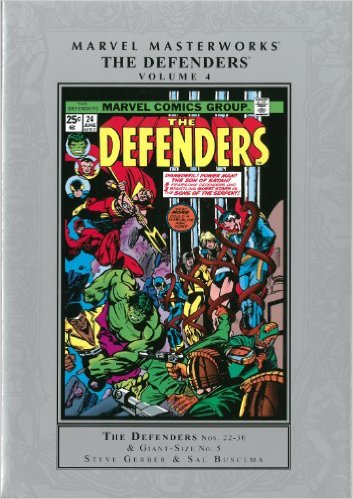 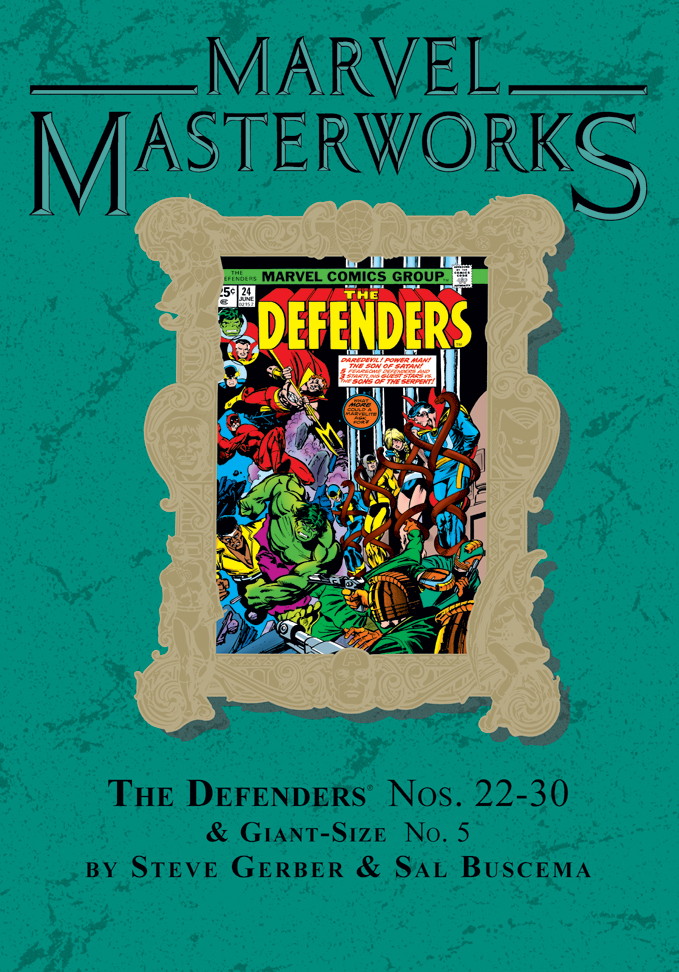 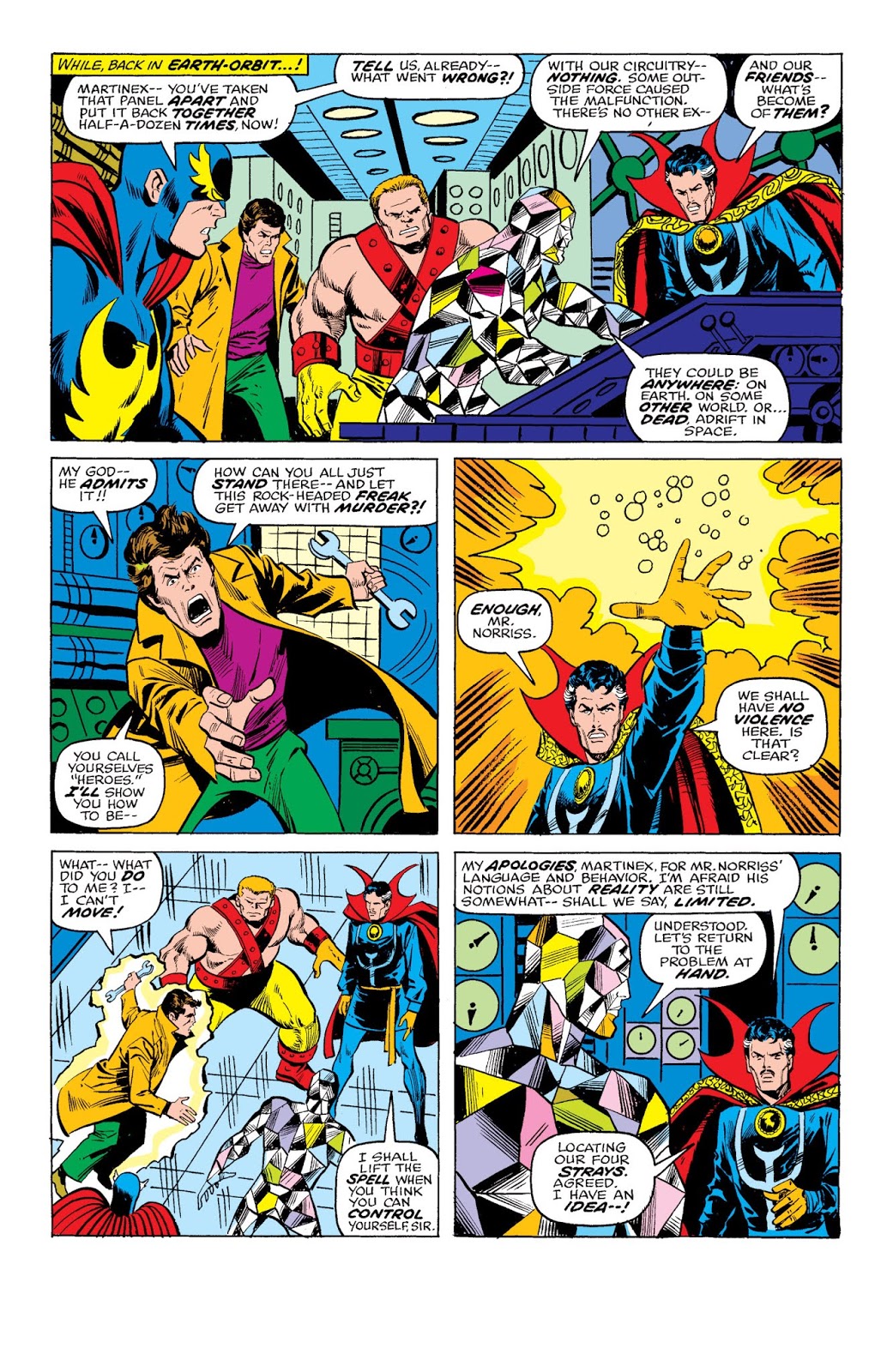 Until he began writing the Defenders Steve Gerber’s superhero work hadn’t really impressed. Yet lessons had obviously been learned. There’d never been any doubt about his imaginative qualities, but in disciplining these to the demands of a mainstream Marvel comic something had gone missing, and all his more impressive work was on less commercial titles. That was about to change.

The bulk of this book is two long stories, the first dealing with the topic of racial hatred, and the second with subjugation. Taking that first, Gerber displayed an inordinate fondness for the curiosities that were then the Guardians of the Galaxy. These were not the cast familiar to 21st century movie goers, but a bunch of 30th century humans genetically modified to withstand extreme conditions as they colonised other planets in the solar system. That is apart from Vance Astro, 1000 years old after competing a millennium’s journey in stasis. Their introduction by Arnold Drake and Gene Colan is also here, but the execution doesn’t match the conception.

Gerber picks up on Earth being under the yoke of cruel alien lizards the Badoon, transports the Defenders to the 30th century and introduces the enigmatic Starhawk amid a still engaging space romp. The opening sequence drawn by Don Heck starts very well, but with the first glimpse of a costume he loses all interest, leaving Sal Buscema solid on the remainder. This teaming can also be located among the content of Guardians of the Galaxy graphic novels Earth Shall Overcome and Tomorrow’s Avengers volume 1. It’s better experienced here, though, as the accompanying material is, with the exception we’ll get to below, far superior.

On one level the four chapters of the Defenders taking on race hate group Sons of the Serpent is a standard superhero story, but it’s elevated by touches that only Gerber at the time would consider. There’s a good twist behind the Sons of the Serpent and their purpose, and Gerber can’t be accused of lacking a sense of spectacle, as their aim is to burn assorted captured Defenders live on TV. He also throws in guest stars relatively unusual for the times in the form of Luke Cage, Power Man, and the Son of Satan. Yes, you read that right, and in the 1970s he even had his own Marvel title for a short while. Yellowjacket is a little more predictable, but at the time underused, and the guests complement the core team of Doctor Strange, Hulk, Nighthawk and Valkyrie.

In volume 5 Gerber’s imagination really cut loose, but while the blessed release of amnesia should perhaps be granted, completeness requires mention of the final offering here, the fill-in work of Bill Mantlo and Sam Grainger as someone blew a deadline in 1975. The Defenders step from liberating an empire into the music hall domain of demented tap dancer Tapping Tommy, whose movie studio is a recession casualty. Even having to provide a script at short notice can’t entirely explain away the illogicalities in play, and this is so appalling it has a perverse appeal.