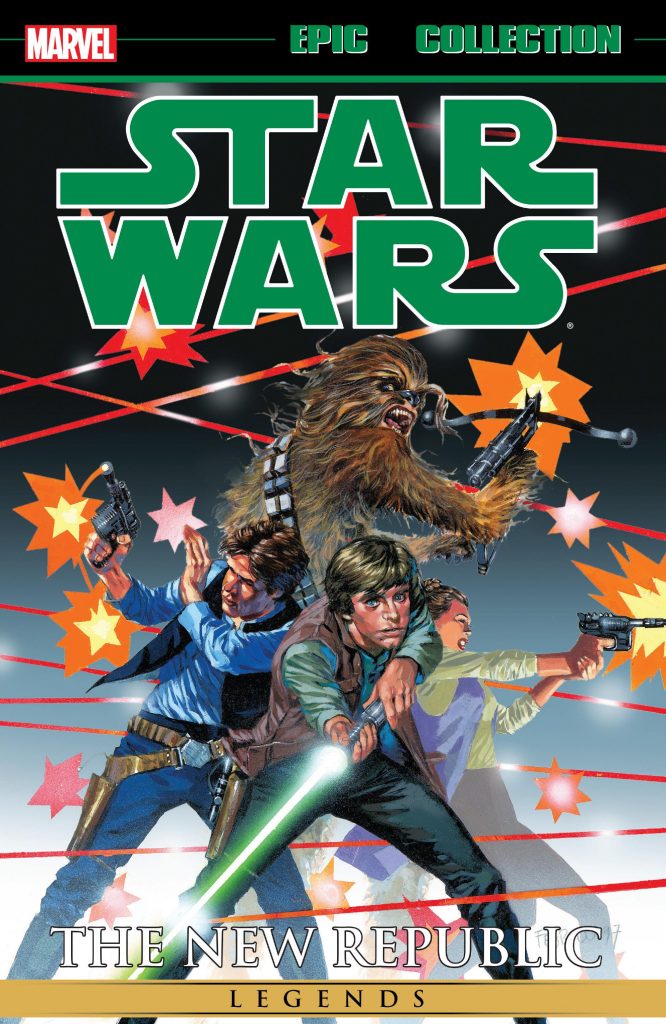 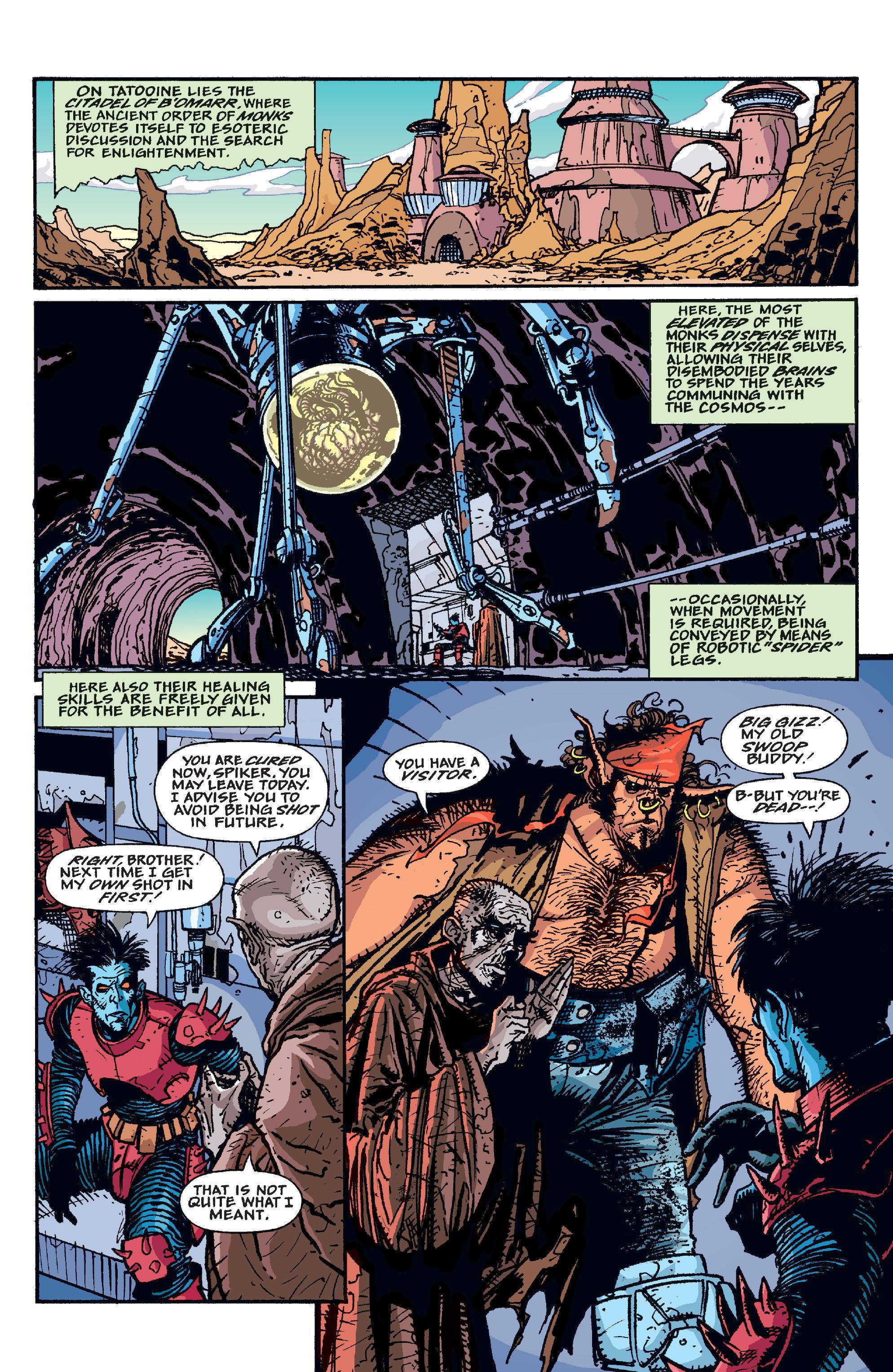 The New Republic takes place after the death of the Emperor, so a period of considerable uncertainty in the galaxy far, far, away. While there are some cameos from the big hitters of the Skywalker/Vader era, the majority of the content concentrates on what in the films are barely seen minor characters, with some created to slot around them. The one-time associates of Jabba the Hutt feature heavily.

That doesn’t apply to Mara Jade and Guri, both extremely capable women. Their stories are the longest in this collection, running respectively six and five chapters, and have previously been collected as Mara Jade: By the Emperor’s Hand, and Shadows of the Empire: Evolution. Longer reviews are found by following the links. Both are well plotted, with plenty of surprises, and hold the attention to the end, and both are well drawn, although Carlos Ezquerra’s more lumpy cast are a complete contrast to Ron Randall’s figurative precision.

There’s a brief return for Mara Jade as she seeks a quiet planet to hide away and discovers it’s not going to be as quiet as she thought. It’s nowhere near as good as the earlier tale, although also by Timothy Zahn, being very wordy with cramped art from Igor Kordey. It’s one of a number of short tales splicing the longer episodes, most of which are decidedly average. The one really standing out features continuity inserts by Brett Matthews displaying some originality, accompanied by some great art from Vatche Mavlan.

Other slightly longer tales gathered were also previously issued within anthologies, and almost all of these are an improvement on the shorts. The best of them has John Wagner and Killian Plunkett return to the crooks introduced during Shadows of the Empire. A group of basically dim ne’erdowells and the failure of their plans due to incompetence is familiar territory for Wagner, and this time without having the inconvenience of incorporating the primary Star Wars cast he produces a decent romp. It’s drawn as if Plunkett had been looking at Duncan Fegredo’s work (sample art), in suitably sketchy style. Plunkett follows up on the lead characters for another one-shot, writing and drawing it, but while the art’s fine he’s not got Wagner’s light touch when it comes to the comedy aspects. Rich Hedden has, but sublimates it for a sentimental tale of betrayal, nicely drawn by Rick Leonardi.

Perhaps most surprising is to discover not one, but two tales featuring the Ewoks. Lucas Marangon’s tale has one stormtrooper and one rebel stranded on their planet, neither exactly sure of the bigger picture, while Christian Read and Clayton Henry explore what’s it like to take the Ewoks on. Neither tale stands out, but full marks for stepping into difficult territory. The only feature that consistently doesn’t work is the one page joke introductions. When originally introducing individual issues of Star Wars Tales, they were a nice touch, but removed from that setting come across as indulgent time wasting. Still, they are only a page. The better known characters appear in tales toward the end, but in cartoon fashion.

Just over a third of the content hasn’t seen print as a graphic novel (Andy Mangels and Jon Nadueau’s Boba Fett piece is also found in Bounty Hunters), and while there’s nothing exceptional, on balance, most of the content is of a decent standard.