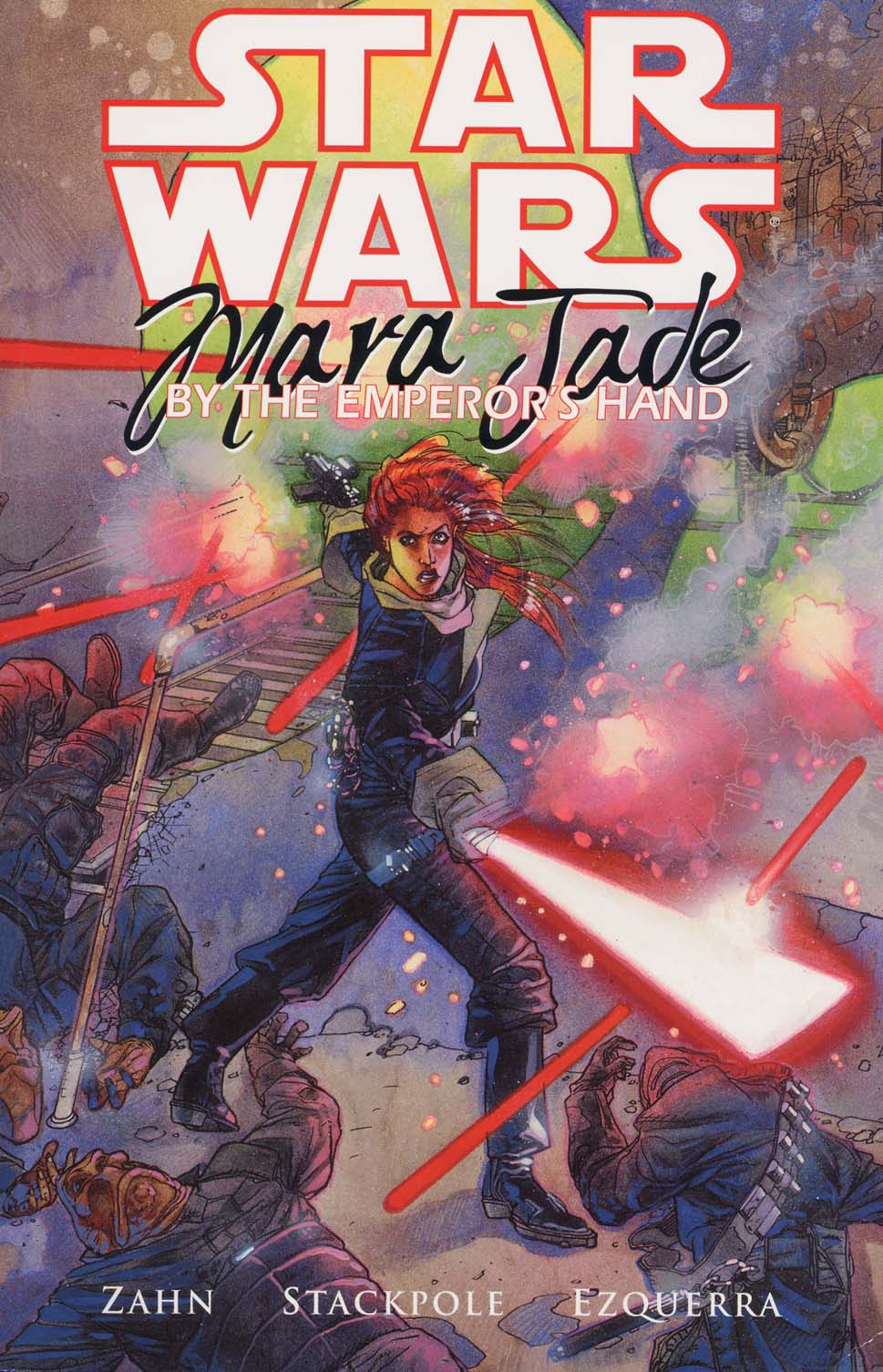 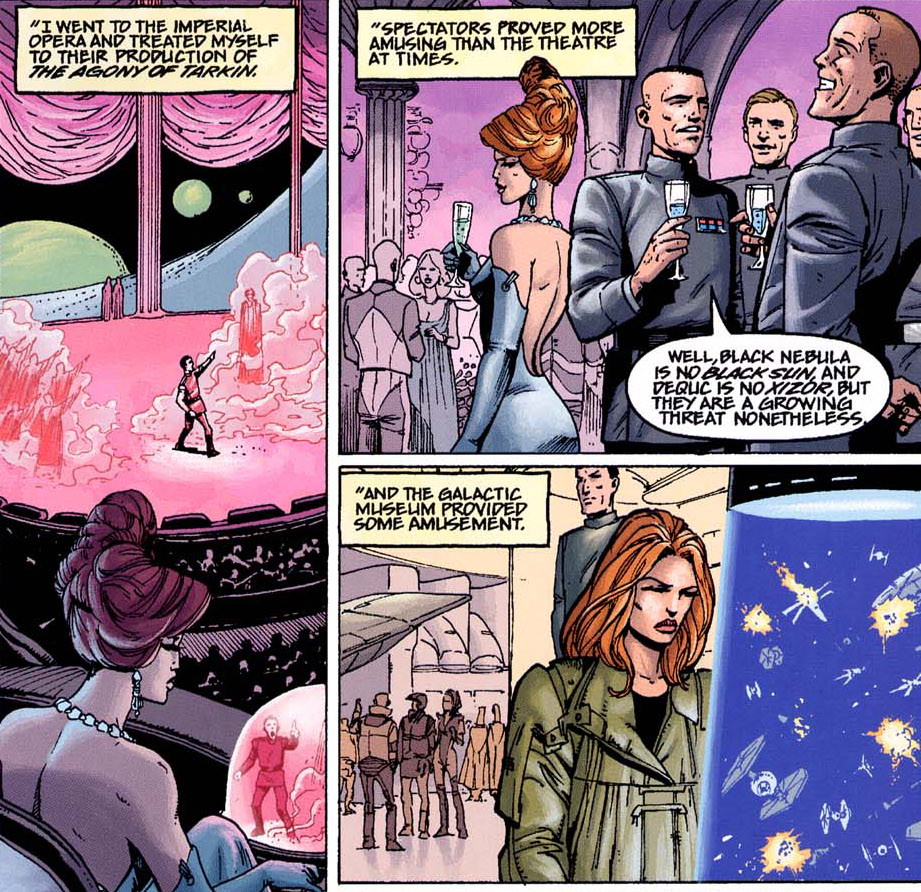 Mara Jade was introduced by novelist Timothy Zahn specifically to broaden the representation of capable women in the Star Wars universe. Her timeline in novels is extensive, but during the period covered in this series she’s known as The Emperor’s Hand, a title referring to her position as personal assassin for Emperor Palpatine. She has Jedi training, can manipulate the force, and is a master of hand to hand combat and weaponry.

As the story begins Mara Jade has failed to fulfil a contract on Luke Skywalker, and has instead been directed to deal with a crimelord named Dequc who aims to revive a previously existing galaxy-spanning syndicate called Black Sun. A rare sortie from the well-protected base of his own Black Nebula organisation to engage in negotiations will provide the opportunity. Duquc, however, proves more durable than expected, and from there the story weaves briefly into events in Return of the Jedi and transforms into an action-thriller with political dimensions.

A fundamental power shift leaves spy chief Ysanne Isard more freedom to act, and she’s always been frustrated by the Emperor’s unyielding support for a woman on whom she’s gathered little information.

When originally published Carlos Ezquerra was virtually unknown outside Europe despite being possibly the definitive Judge Dredd artist. His imaginative design skills adapt astonishingly well to the Star Wars universe, and his Mara Jade is an athletic, well-proportioned woman as befits her purpose, rather than window dressing.

Michael A. Stackpole scripts half the story over supplied plots before Zahn assumes the entire writing duties. He packs a lot of plot into six chapters and a brief prelude, and this is a story that can be read and enjoyed with little other than basic knowledge of Star Wars and spin-offs. Mara Jade would progress to a significant role in the Star Wars universe.

This is now more readily found combined with a later less impressive Mara Jade story and much other material in volume one of Marvel’s Epic Collection: The New Republic, and also features in the earler compilation Shadows of the Empire Omnibus. 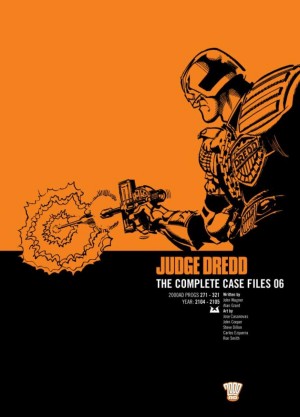 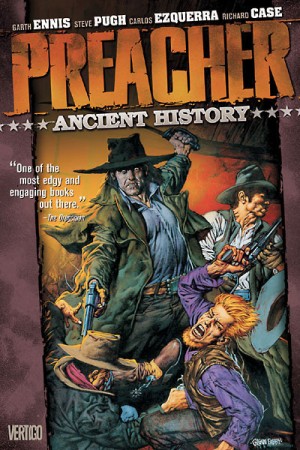