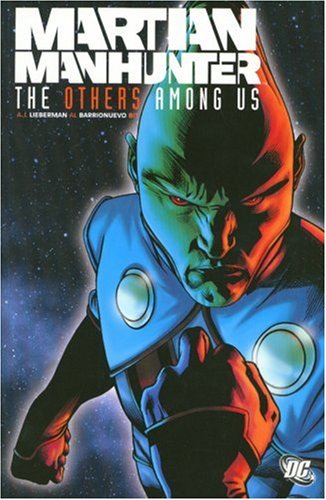 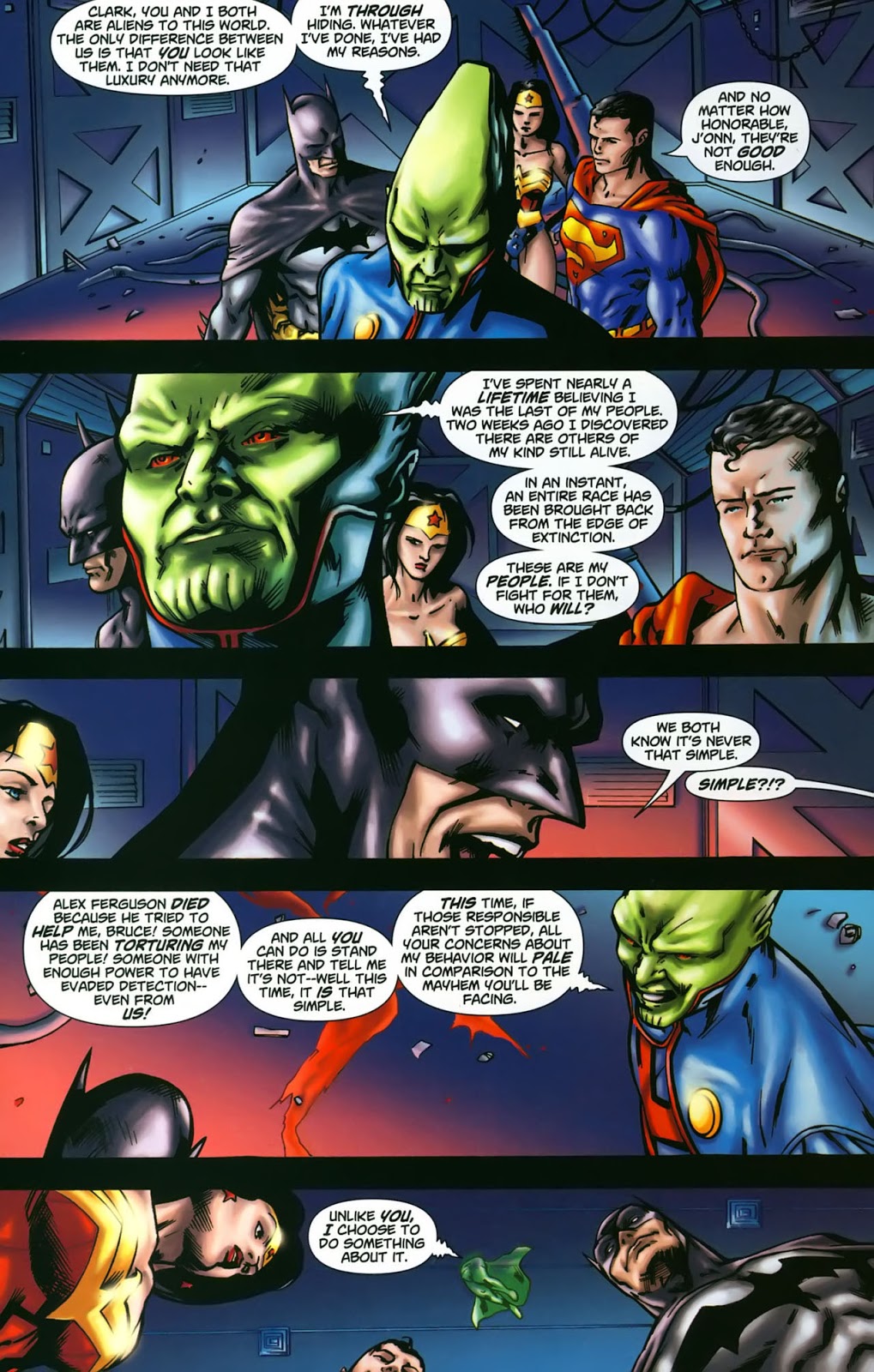 He was introduced in 1955 and is a founder member of the Justice League of America, yet despite the pedigree it’s been a rare writer who’s been able to produce a creative success with the Martian Manhunter. Unfortunately, A. J. Lieberman can’t be added to the very short list.

For decades a key aspect of J’onn J’onzz the Martian Manhunter, in story terms at least, was that he was unique, the only surviving Martian, over the years something that weighed more heavily on him than it did on Superman, only an infant when he left his world. Grant Morrison’s earliest JLA stories introduced a separate species, the White Martians, and Lieberman’s story introduces several more Martians. They’ve been captive on Earth for some while, experimented on by an organisation without conscience and enormous resources, and completely reckless in attempting to kill the Martians after they escape.

Some logical questions will occur to readers, not least why the Martian Manhunter doesn’t involve his Justice League colleagues. Liebermann has also considered these questions and pre-empted them. Not very well, however. While the lack of trust humans have in a nigh omnipotent big green man is perhaps understandable, those who’ve saved the world in his company on dozens of occasions might be expected to give him a little more leeway. Leibermann’s version of these people is that they’ll believe someone with government credentials they don’t know before the hero they do, and this is integral to his plot.

Al Barrionuevo’s art tells the story well enough, but it’s not memorable, and occasionally his faces look very flat, but in terms of balance he’s the stronger partner as so many aspects of the plot are either illogical or predictable. Hanging over the series toward the end is someone who’s behind everything, and it’s going to be the minority of readers who won’t be screaming their identity at the supposed Martian telepath. Actually, their being able to be hidden is one of the better aspects of the plot, it being reinforced throughout that a Martian employing telepathy to read an unwilling human mind is behaving intrusively.

A problem for all writers is what to call their cast. Liebermann’s not bothered creating names, he’s taken them from people associated with Manchester United at the time. Casting Ryan Giggs as an assassin and Alex Ferguson as a victim is topped by the heartless woman in a vest being named Rio Ferdinand. Others also feature, a Chelsea player late in the game just for variety.

It would be almost a decade before the Martian Manhunter’s next graphic novel.