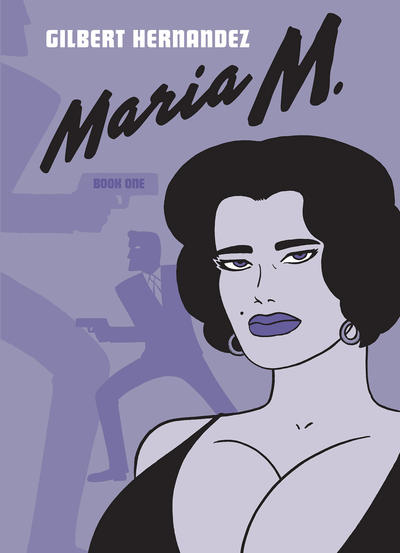 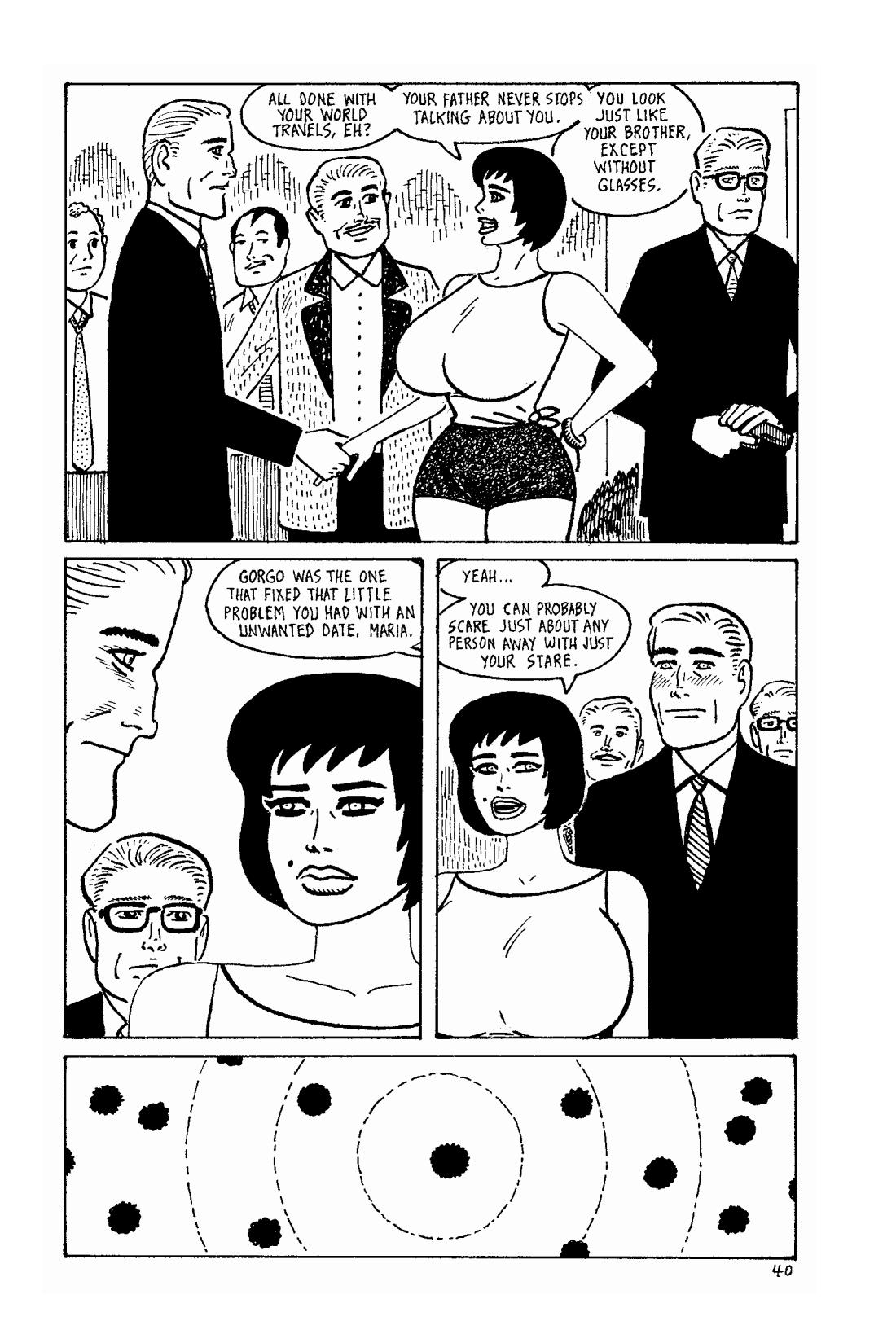 Maria M is Gilbert Hernandez filling in the family history of his most complex character Luba, although there’s no need to know that Maria is Luba’s mother. Much of this opening half of her story is Hernandez addressing small gaps in what’s already been revealed in earlier graphic novels. There’s not a lot of spark, and because earlier stories provided the essence with the details not really necessary, there doesn’t seem to be any great point either. Hernandez remains a great artist, but his interest over the first third of Maria M is pandering to an audience that wants to see him drawing massive naked breasts because there’s little else to the opening 35 pages.

Beyond that we have more plot as Maria marries the gangster Cienfuegos and Hernandez slips into gangster story mode. While this improves on the earlier pages, it’s still something we’ve seen before and carried out to higher standards in Poison River. Maria M provides a viable gangster plot, but with no depth to it. People are who they are, act out what they are and the violence plays out, the tone not helped by Hernandez adopting a shorthand storytelling method, constantly skipping through time from panel to panel. With his expertise Hernandez must know when this is at the cost of clarity, such as a rooftop scene with gangsters, but does it anyway.

Because Hernandez is such a good artist there’s always going to be a visual appeal to his pages as he creates a variety of individual looking people and poses them perfectly, but anyone expecting the rich textures of his earlier writing is heading for disappointment. As indicated by the cover reference to Book One, Maria’s story isn’t completed here, but Book Two never appeared, at least not as a standalone story. Instead, six years later, Fantagraphics issued a complete edition beginning with these hundred pages, meaning readers who’ve bought this and want to know how it pans out will have to buy the same content again.