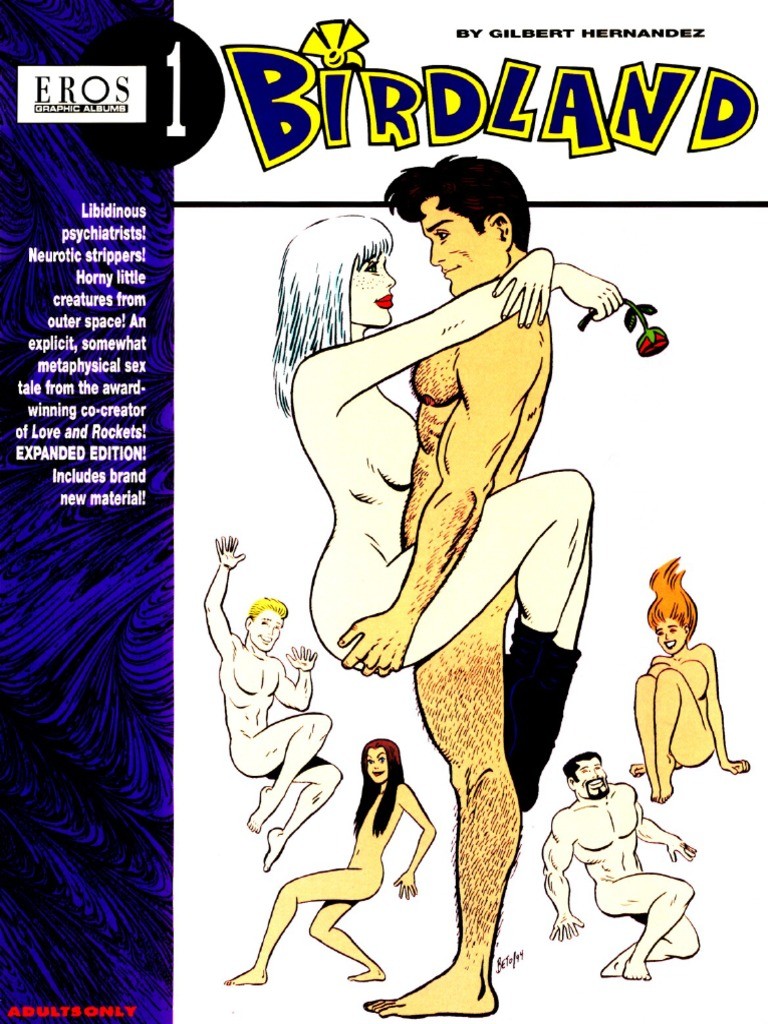 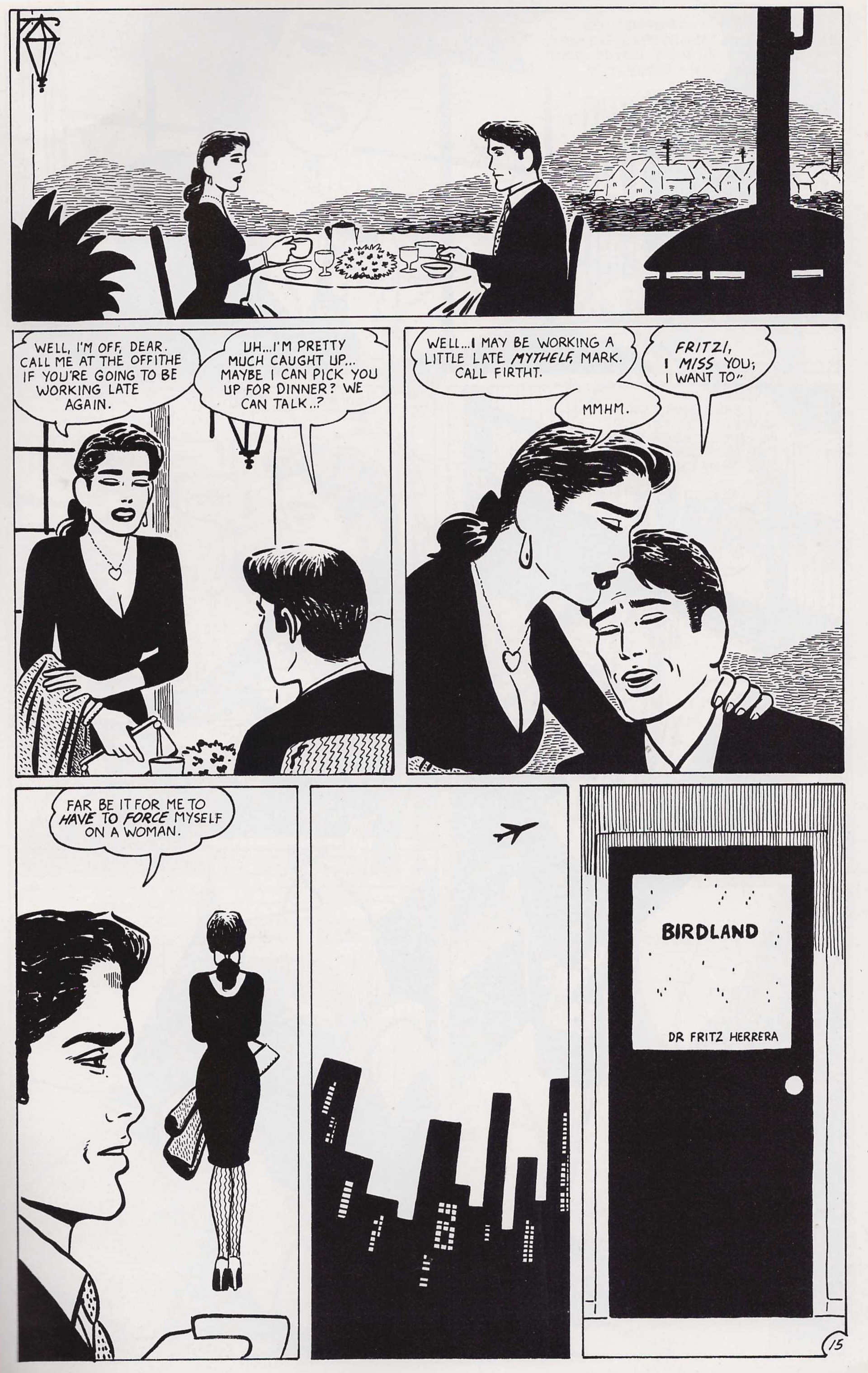 One day Gilbert Hernandez might explain exactly what Birdland is about, particularly the difficult surrealistic coda chapter, but until then the decision to be made is whether eighty pages of his drawing explicit sexual activity is something you want to see.

Until the end of what was originally the first miniseries it just about makes sense. The character around whom all others revolve is Mark. He’s married to vast-breasted lisping therapist Fritzi, an object of desire for her sister Petra, knocking off flat-chested stripper Bang Bang, and, covertly, her best friend Inez, while not averse to shagging his ex-wife La Valda when the opportunity arises. Mark’s brother Simon is married to Petra, but infatuated with Fritzi. It’s a tangled and very gloopy web, and you’re unsure whether to envy Mark his opportunities or marvel at his sheer stamina.