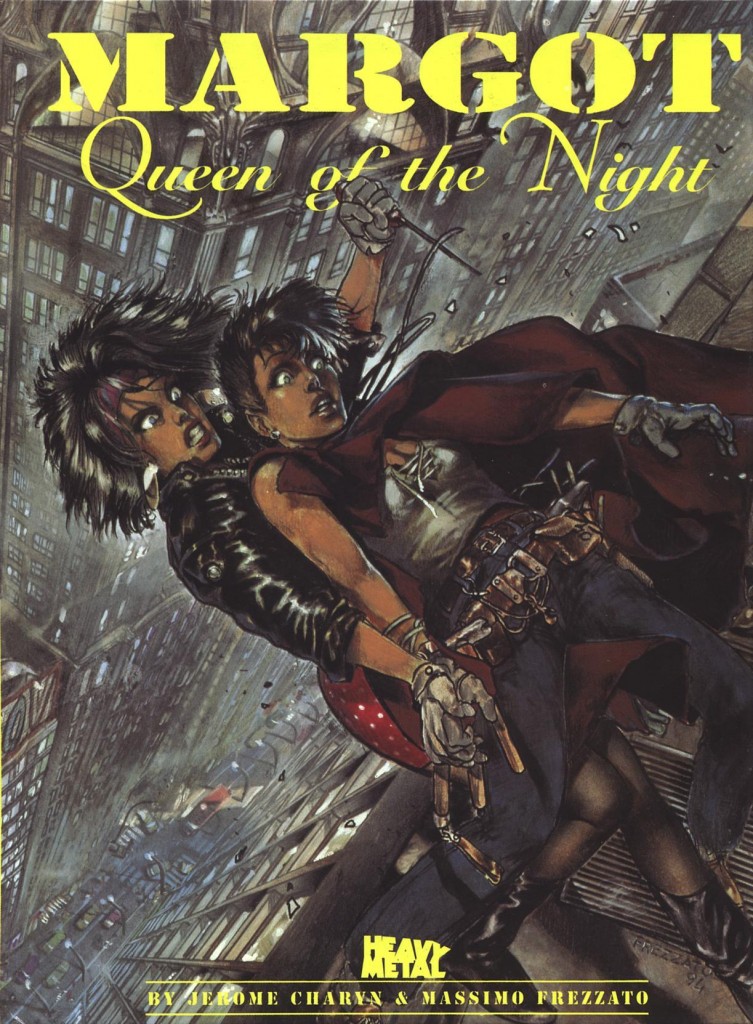 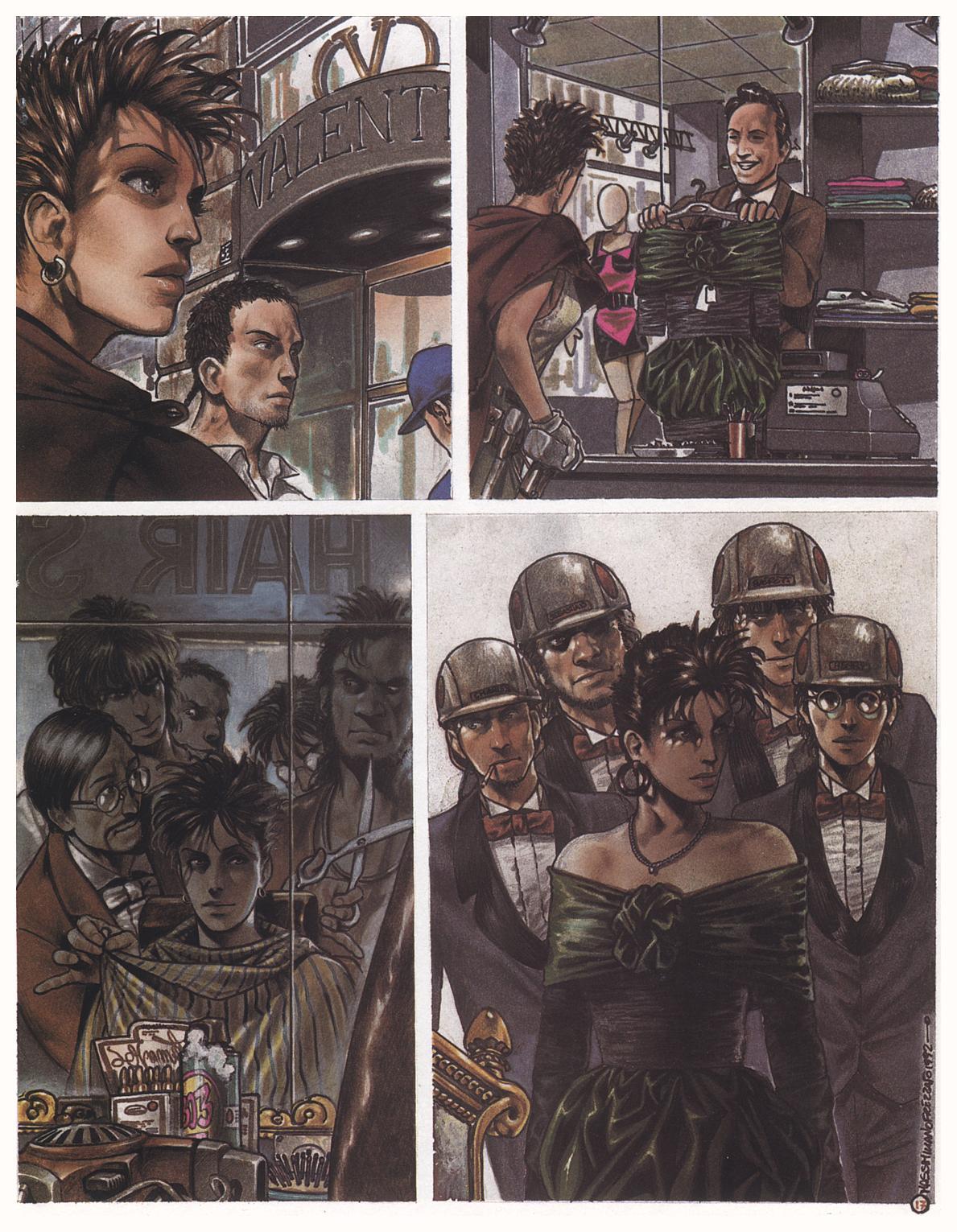 The awkward freeform of Margot in Badtown eventually gelled into a plot about Texas incomer Margot operating a construction wrecking crew in New York. Employed by the worst landlords, it’s Margot’s job to empty buildings of tenants. She salves her conscience by operating a free food programme for the indigent, ensuring the bad and the dangerous of the city contribute.

After the bizarre leaps of the previous book Margot, Queen of the Night does at least have a structured plot, Charyn provides Margot with a consistent character, and Frezzato’s ability to tell a story has improved. So far, all welcome improvements.

Frezzato signs his pages as Massimiliano, yet is cover credited as Massimo, and when he wants to be, he’s some artist. While there’s no problem following the story this time, it’s severely restricted by his immense talent for composing great individual scenes and visually designing varied and believable people being accompanied by almost zero consideration when it comes to laying out pages. As good as this looks at times, it could have been so much better.

Margot is approached by an aged and vastly wealthy architect who’s interested in her civic work, offering his help. She’s suspicious, and by the sneering and slimy manner the character is drawn it’s presumably intended that he be transparent. His master plan is to bring Margot onside by having one of his hirelings seduce her, and at that point she’ll be so lovesick she won’t be able to stop him demolishing much of Harlem for his new apartment complex for the super rich. Yes, it’s a structured plot this time, but not a very good one. The day to day drama is surrounded by pages bearing the trappings of a romance comic, with the one tits out for lads scene obligatory in French ‘adult’ graphic novels of the era, and pages and pages spent saying very little. This is all the more disappointing because Charyn sets up the spectacle of his finale well, then completely undersells it by dashing off the ending in three pages.

So, a little better than its predecessor, but still largely nonsense dependent on readers believing everyone behaves the way they do in musicals.