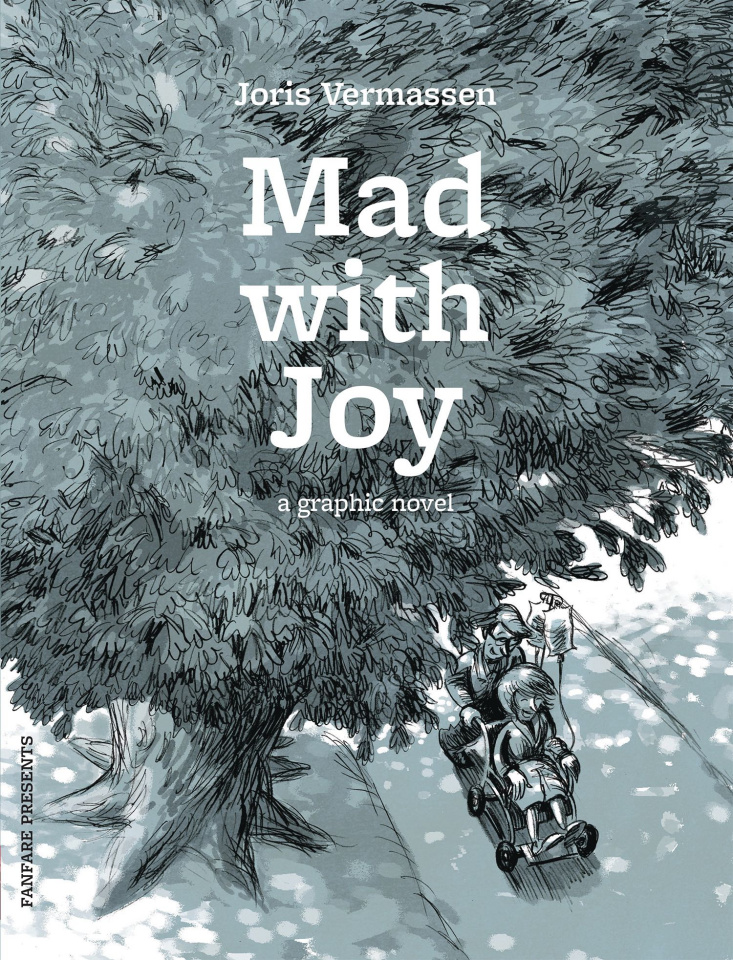 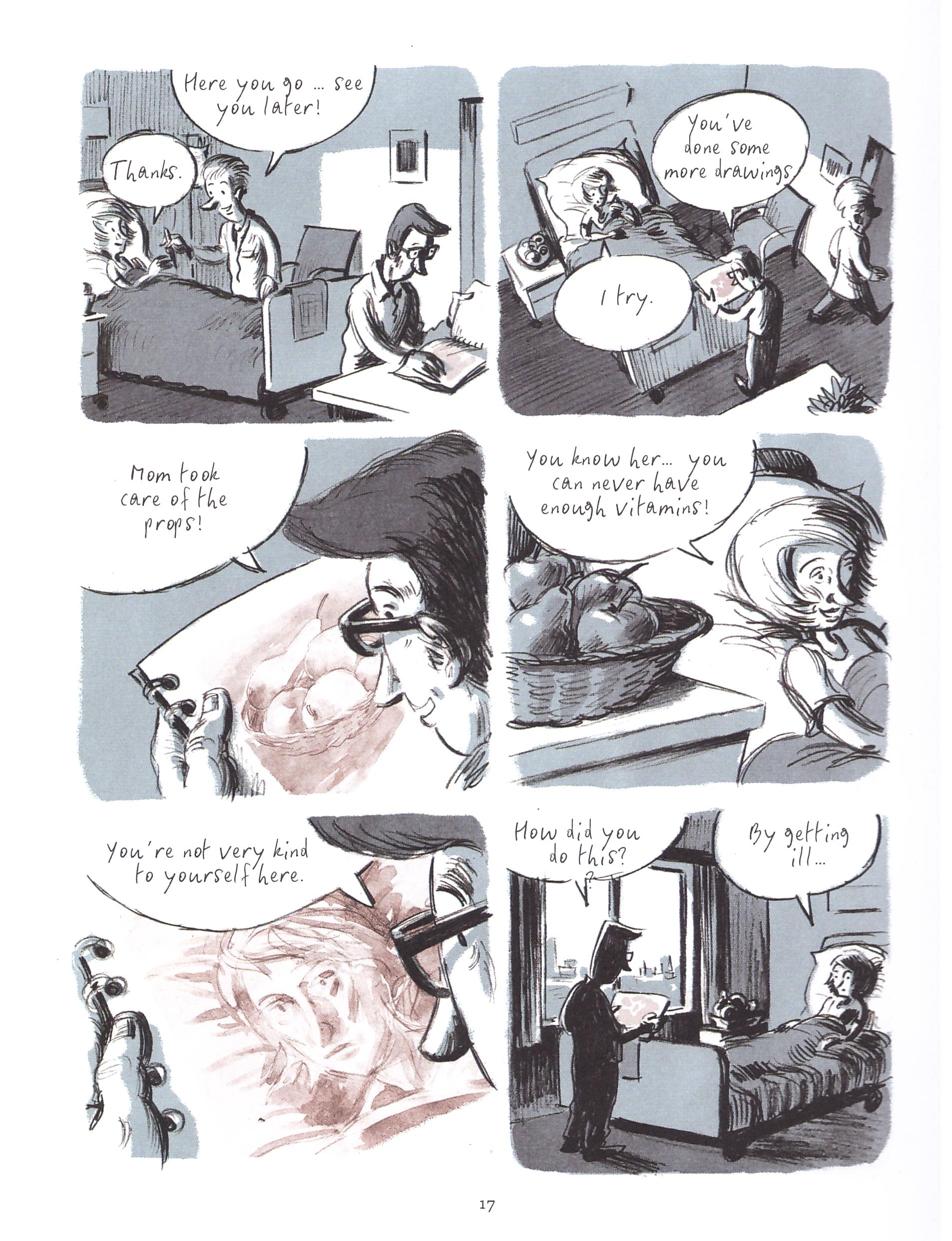 As Mad With Joy opens, the title seems a long way from applying to Tom’s life, and be warned, it never does, although right at the end the meaning is revealed. Tom has been struggling for almost four years to establish a career as a stand-up comedian, his sister is hospitalised with pancreatic cancer, and he’s becoming disenchanted with his wife.

A series of clever chapter titles taken from well-used combinations (‘Time and Space’, Crime and Punishment’, Rock and Roll’) segment Tom’s life, which in the short term doesn’t greatly improve. However, Joris Vermassen has little sympathy for his subject, giving him second rate and profoundly depressing comedy material reflecting his life, and a manipulative personality. However, at least Tom has the self-awareness to feel some guilt as he acts in front of his wife. This is balanced by a genuine fraternal love for his sister, whose recovery he attempts to improve with imaginative stunts. All the while his agent is suggesting crappy TV comedy shows as a means of raising Tom’s profile.

This may sound resolutely depressing, but Vermassen knows to separate the misery with the occasional gag, and then smartly works in misunderstandings and absurd situations, while the life and work of Belgian sculptor Rik Wouters comes to have some meaning.

The result is a sharply observational, and occasionally raw look at a mid-life crisis, but touching and non-judgemental, with a great understanding of humanity. The very funny and talented Ellen has married a dull insurance agent, who may have no sense of humour, but his stoic and loyal personality is the grounding she wants. Vermassen draws the interesting parallel of someone everyone can see is ill, and someone who passes for completely normal, yet is also suffering. This is slightly distanced by the evocative, but sketchy cartooning and the impressionistic brown watercolour and ink pictures.

Mad With Joy is listed among the 25 greatest Belgian graphic novels of all time, which considering Belgian comic creators include Herge, André Franquin and François Schuiten to name just three, may be slightly overstating the case. However, it is a very satisfying and readable portrait of someone struggling to hold it together and well worth seeking out.