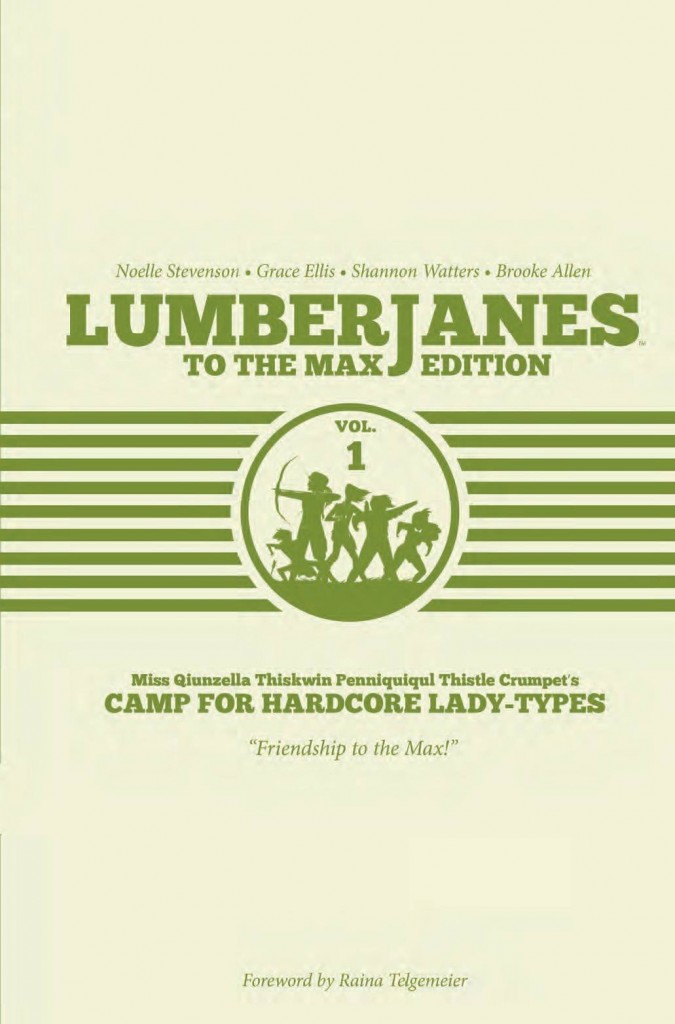 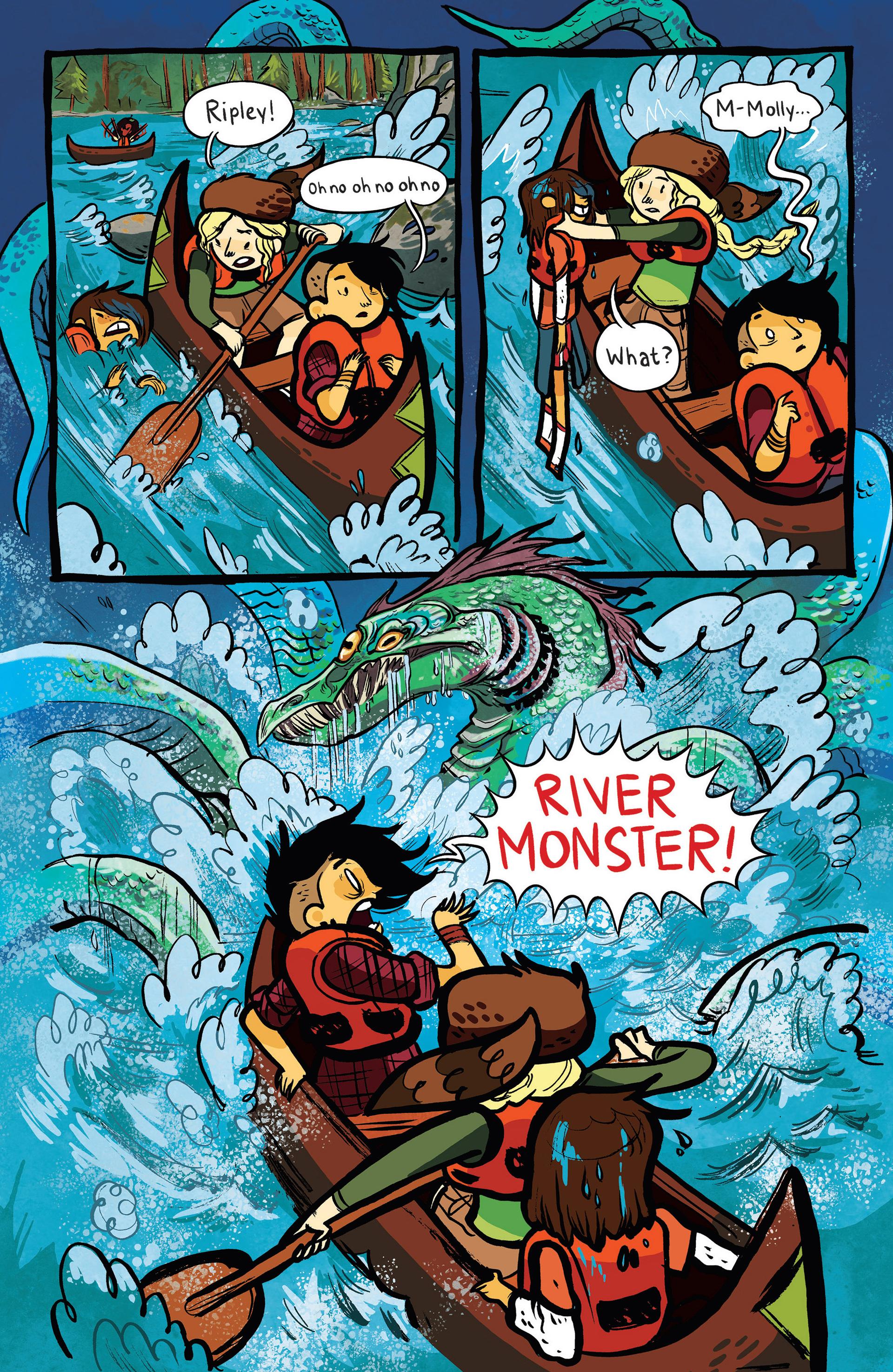 Lumberjanes is immensely popular. The first of the two books combined for this hardcover collection has gone through at last ten printings, and that’s success by any terms.

There’s much to like about Lumberjanes before the reading begins. It’s a young adult title exclusively created by women via a team that morphs between a pool of creators. While not excluding men or boys entirely, every significant character in this book is also a woman or a girl, and while not specifically stated, there are some indications that relationships may move beyond friendship. Then there’s the very good cartooning of Brooke Allen, not the social historian sharing the name, who creates a detailed world in which younger readers can become absorbed. Her character designs are varied and sparkling, and this extends beyond the humans seen.

Three creators are listed for the Lumberjanes, but Shannon Waters doesn’t contribute to writing the main feature until the next volume as Grace Ellis and Noelle Stevenson produce this content. Their core concept is of a summer camp at which girls are instilled with wholesome values and life skills, which is resolutely old fashioned, but clever sloganeering gives the idea a more modern gloss. Beyond that, the problems start. The opening four episodes are available in paperback as Beware the Kitten Holy, the title stemming from a point at which the main cast realise there may be supernatural aspects to the woods, and they resemble a poorer 1970s Hanna-Barbera cartoon. Plot is minimal, the jokes are obvious, the characters one-note and readers are asked to accept everything at face value no matter how out of left field it may be. That matter is addressed slightly by the combination with Friendship to the Max, in which some explanations are forthcoming, and there’s an increased level of creativity.

This is exemplified by the attention given to Jen, building her character beyond the one-note heap of frustration she’s been as the core Lumberjanes again completely ignore her. She’s incorporated more into events, which are better plotted and include some rationalisation and parts of the mythology behind the series, which is explored more as Lumberjanes continues. Integral to matters is a new girl, Diana, who takes quite the journey from her introduction, and the jokes improve.

The benefits of buying this edition rather than the paperbacks extend beyond the embossed hard cover. The whole design of the package is timelessly attractive, and Watters does write the ‘Band Camp’ short, not collected in the paperbacks. It’s drawn by Ayme Sotuyo whose manga influences are obvious, especially in her cutesy version of April. It’s a slim meditation on friendship and insecurity, and shouldn’t be the deciding factor on whether you prefer this pricey hardcover to the paperbacks. Other bonuses not in those collections are the original series pitch, an introduction from the queen of young adult comics Rana Telgemeier, creator profiles and design pages.

Anyone who already loves Lumberjanes and has the money should find this the format of choice.