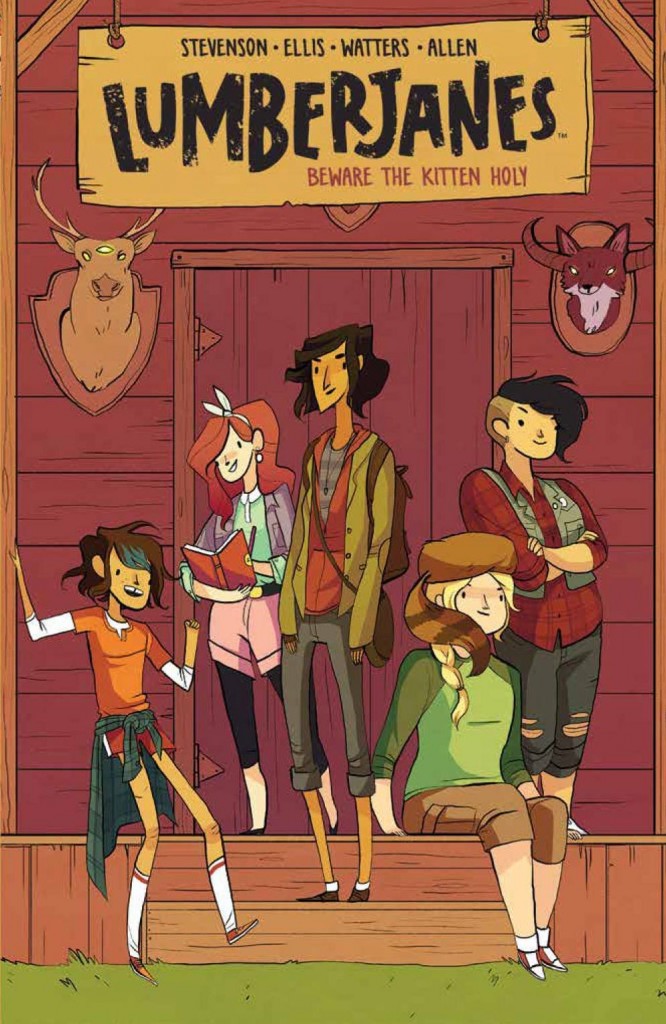 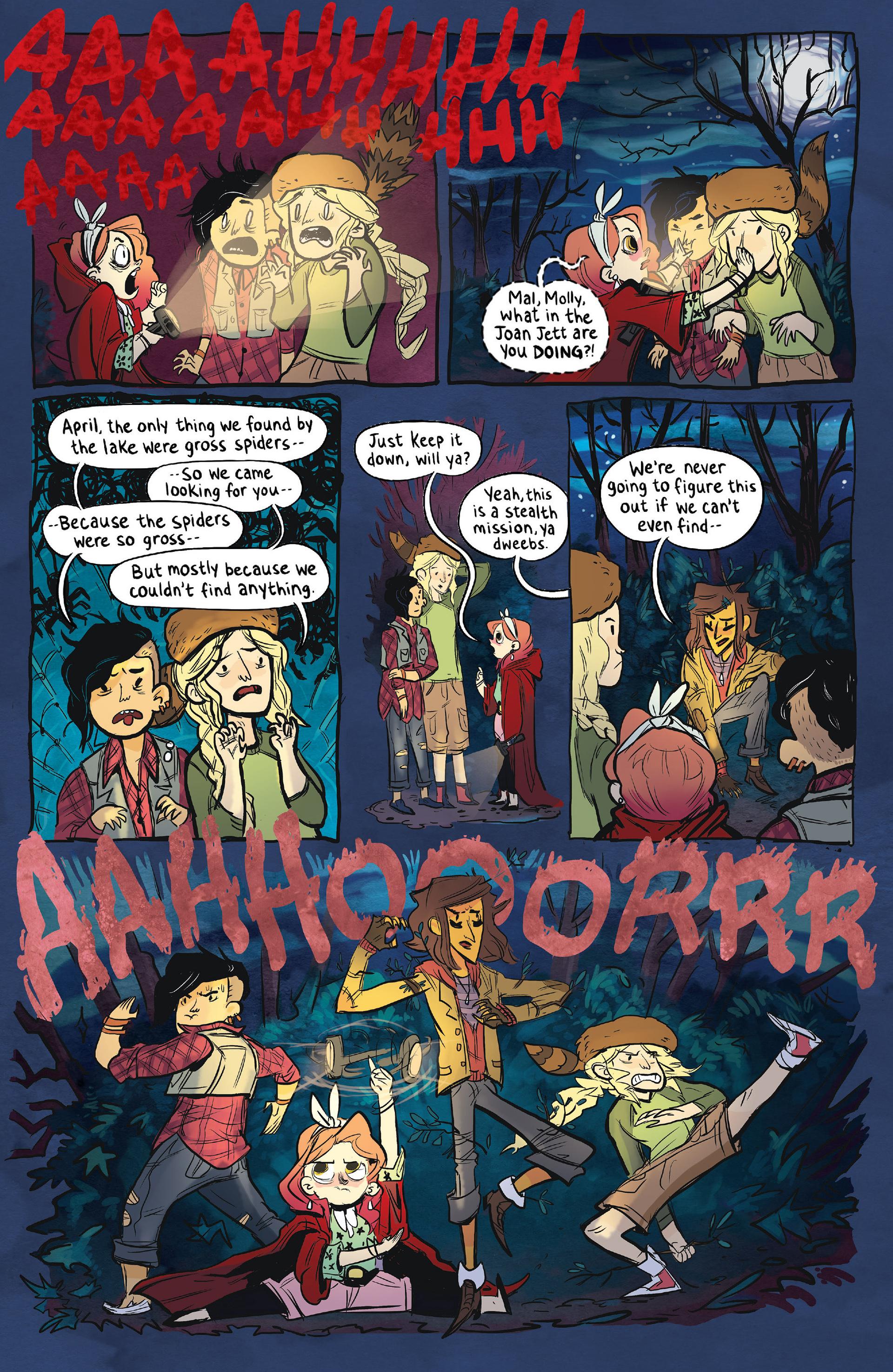 Lumberjanes is very popular, the success largely social media and word of mouth based, meaning that by 2015 Beware the Kitten Holy was on its tenth printing. It’s puzzling. Not that there’s anything wrong with Lumberjanes, but neither is there much about it that would indicate it has this sort of widespread appeal. In fact were it not for Brooke Allen’s modern day  animated cartoon gloss it could be considered resolutely old-fashioned.

The Lumberjanes are a version of girl scouts, an organisation whose wholesome values are intended to instil compassion and selflessness among the girls attending their camps. In the first chapter we meet several of them, and they in turn have an encounter with savage mystical foxes who eventually communicate via writing in the sky, and on dying leave a form of talisman. That writing contributes the book title, and as the story continues there are encounters with a river monster, a yeti, talking statues and, ulp, boy scouts.

It’s nice to see a graphic novel spreading positivity, one with a resourceful all female cast, one where violence isn’t always the answer, and a series of stories with puzzle-solving aspects is novel. On the downside, a lot of Beware the Kitten Holy reads like a homage to the poorer Hanna-Barbera cartoons, with feeble jokes, one-note characterisation and the cast shouting “aaaaaargh” all the time. It’s easy to see why children might enjoy Lumberjanes, but it appears far too superficial for adults. Many would disagree.

Writers Noelle Stevenson and Grace Ellis have gone the extra mile to ensure they provide a fully realised world. The chapters are preceded by extracts from the Lumberjanes Field Manual, each relevant to the following story, and more are presented in the back pages indicating how other Lumberjanes badges are earned. These back pages also feature Allen’s design sketches showing how the characters evolved, and a full selection of the alternative covers from the original serialised issues. Lumberjanes continues with Friendship to the Max, or alternatively both are combined in the first volume of the hardcover reprint series Lumberjanes to the Max.