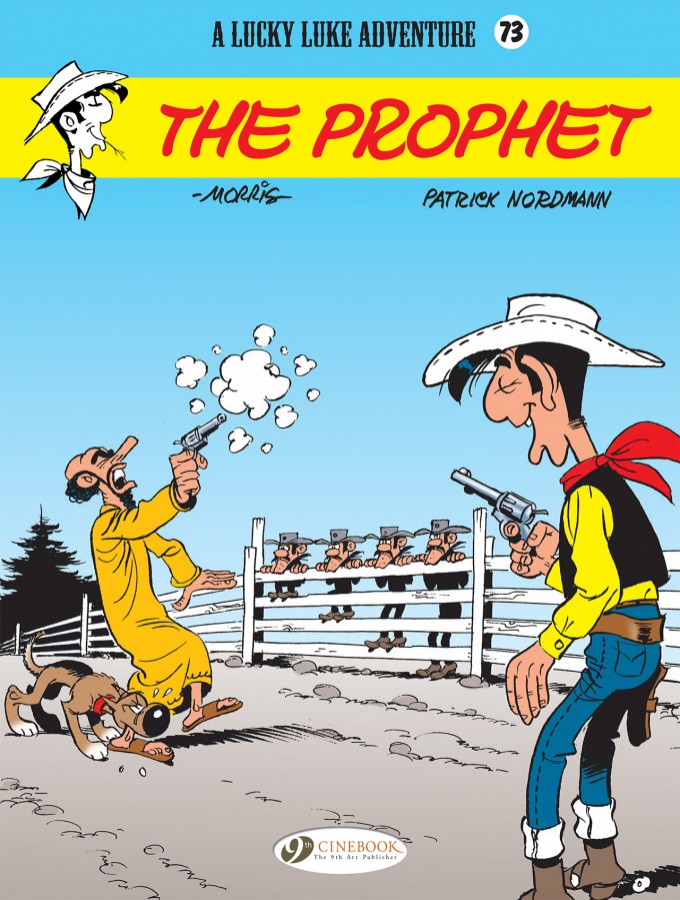 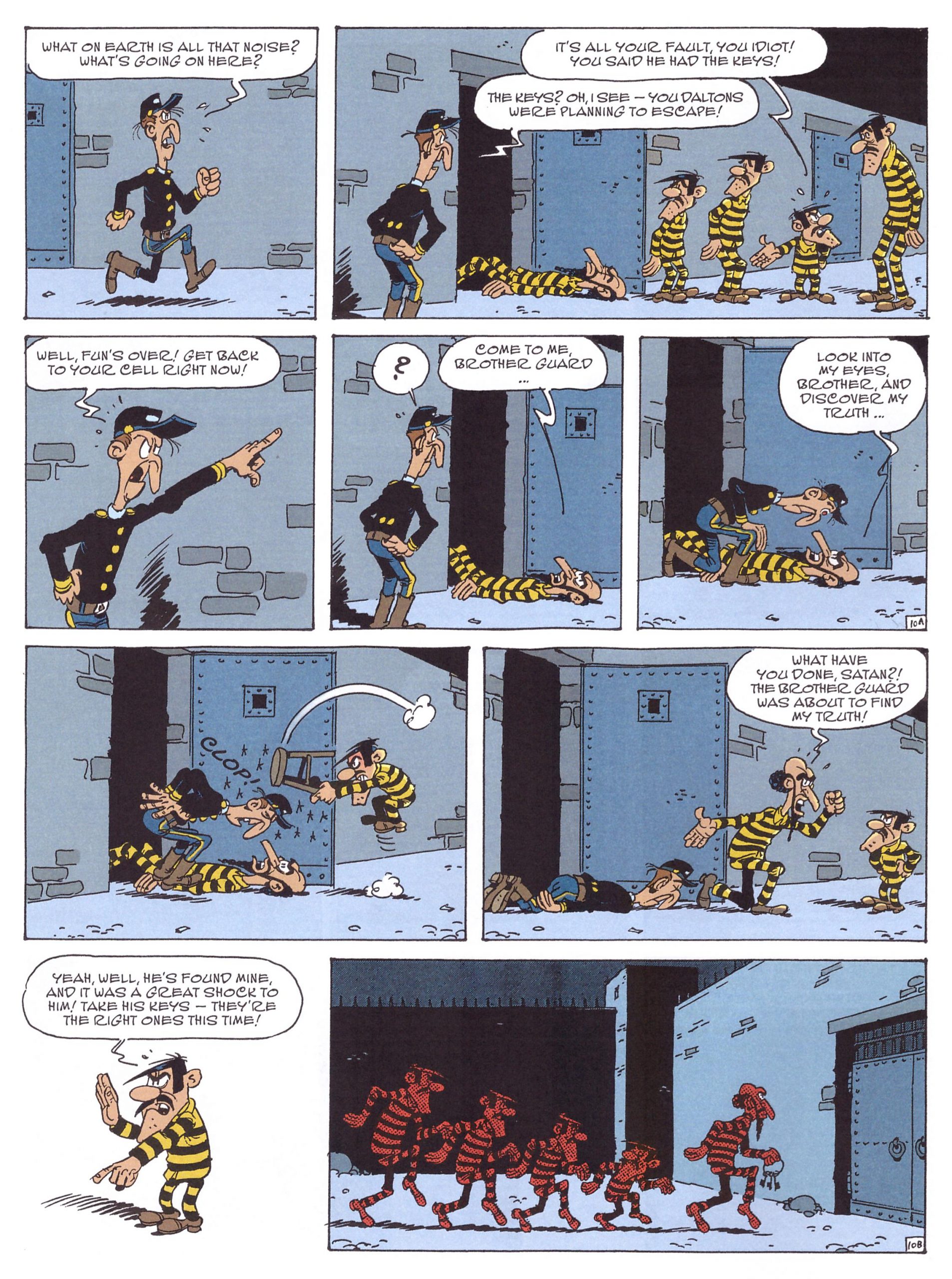 Patrick Nordmann only wrote two Lucky Luke stories, but they’re both very good, The Prophet maintaining a high gag ratio if not quite approaching the quality of the 1960s golden era, while featuring an oddity similar to those who populated the earlier stories. Here it’s Dunkle, the prophet of the title, first seen holding forth in jail as Lucky Luke returns the Daltons after yet another foiled escape. A consistent strength of Lucky Luke is Morris’ superb personalities, and Dunkle leaves an instant visual impression, an intensely manic stare and expression accompanying an eccentric hair and beard combination. In a beautiful comedic touch from Nordmann, his most successful convert proves to be dim guard dog Rin Tin Can. A further neat piece of plotting is how after their inevitable jailbreak, the Daltons and Dunkle end up in the one place where people might look kindly on them. “Yesss! We are convicts”, roars Dunkle in the middle of the street, “We are penitents. We are atoning for our misdeeds. Gaze upon us for we are convicts, pariahs to society and offer ourselves to your punishment!!!” That’s not the way the Daltons see it.

Morris finds a new way to dress the Daltons and have them look ridiculous, while Nordmann casts the net wide in throwing out satirical comments. He knows he’s skirting touchy ground when it comes to religious belief, so never approaches offence as the Daltons attempt to subvert the righteous.

If there’s a complaint about The Prophet, it’s that it’s that the antics of the Daltons and Dunkle almost squeeze Luke out over the first half of the book. What they’re doing raises smiles, and Morris seemingly never tired of drawing the Daltons amusingly, but goshdarnit, more Luke earlier would have been good. When he finally does step into the spotlight, Nordmann comes up with a parade of funny gags, picking up on how Luke often toys with the Daltons in the hopes of teaching them a lesson. Thankfully for us, it never takes.

Nordmann’s other Lucky Luke contribution is the even better Legends of the West, and if following the original publication order, Marcel Dalton is next. It’s the album Cinebook translated before The Prophet.