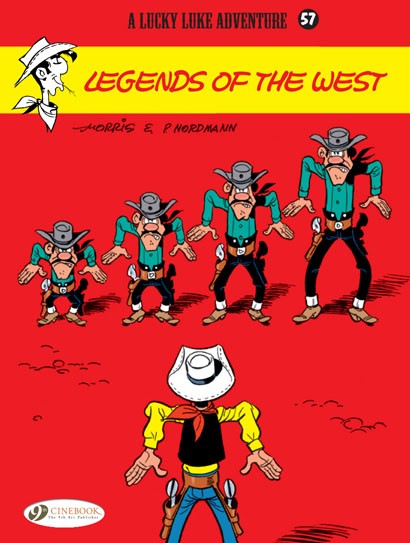 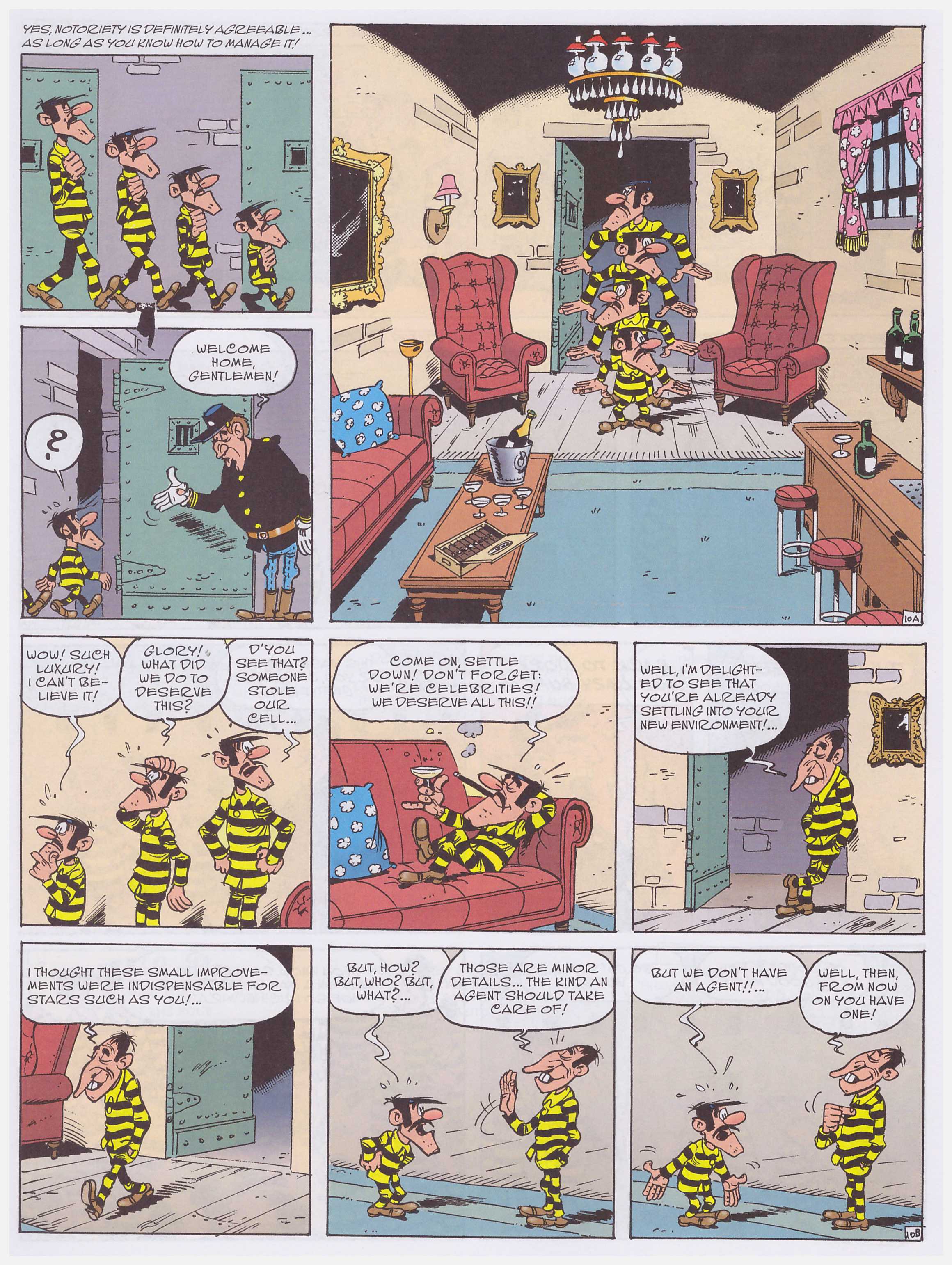 The headline about this book is that it’s the final Lucky Luke tale illustrated by series creator Morris. 72 albums in 55 years since he created the character in 1946 is a work rate that speaks for itself, and it’s pleasing to note that there’s no deterioration in the quality of the art. The cartooning is first rank, easy to read and packed with visual gags and exaggeration.

Swiss writer Patrick Nordmann only collaborated with Morris on two Lucky Luke books, but on the basis of Legends of the West it’s a great pity as he’s one of very few writers post René Goscinny to match Goscinny’s crafty episodic plotting and gag ratio.

The inspiration is taken from Buffalo Bill’s Wild West shows, a touring company that mythologised some names and cemented the reputations of others from the early 1880s. William Cody presented a parade of both the notorious and the virtuous recreating well publicised incidents and performing feats, and for the purposes of this story he wants Lucky Luke to join his organisation. Luke modestly refuses, but suggests he contact the Daltons instead.

The Dalton Brothers are in a bad way, their reputation in tatters and victimised in jail, but the arrival of a new batch of prisoners changes that perception. They’ve seen the staged theatrical exploits of actors playing the brothers, and life rapidly improves for the real articles. Their next step is to escape, in novel fashion, and present themselves to the show. “Alas, from an artistic standpoint, I’m afraid the real Daltons can’t do their characters justice”, is the curt response. What other solution is there than to set up a competing show?

Nordmann’s script is fast-paced and gag-packed. He introduces a slimy agent, has a good handle on the Daltons, and moulds his jokes from their surreal behaviour, including some real thigh-slappers. The beauty is that this isn’t piecemeal, but at there’s at least a gag per page, most are good, and they feed into the ongoing plot. As always, in the best Lucky Luke anyway, Luke only has to stand by and watch the Daltons engineer their own downfall.

Any Lucky Luke fan can rest assured that Legends of the West offers the full dose of fun.