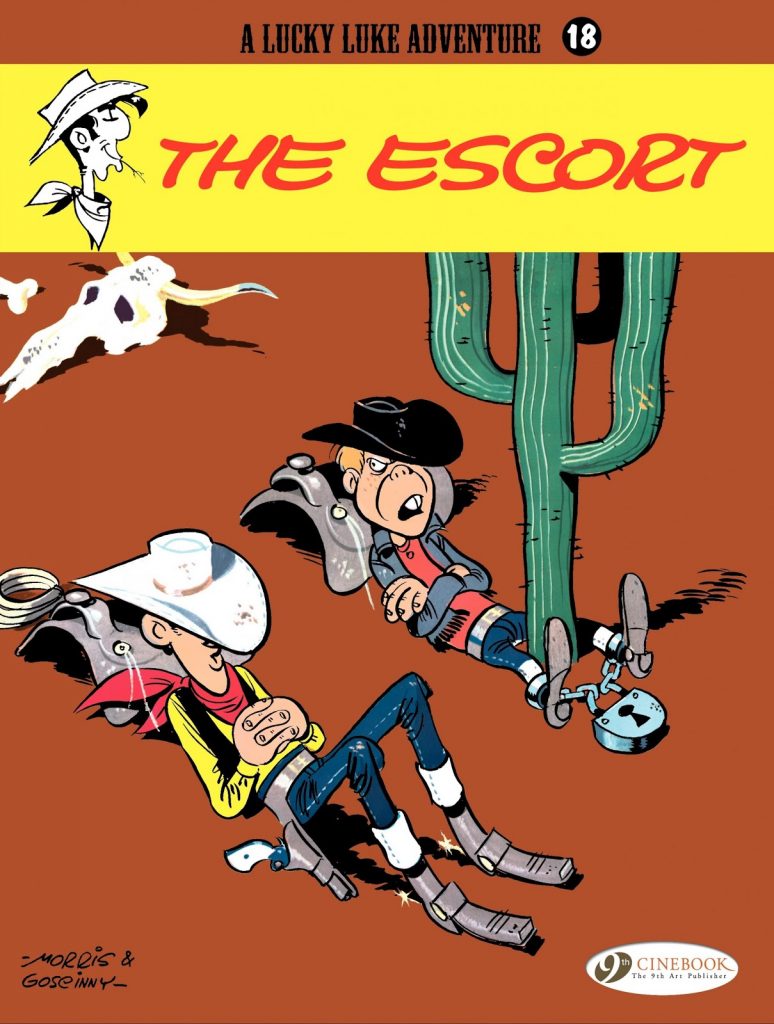 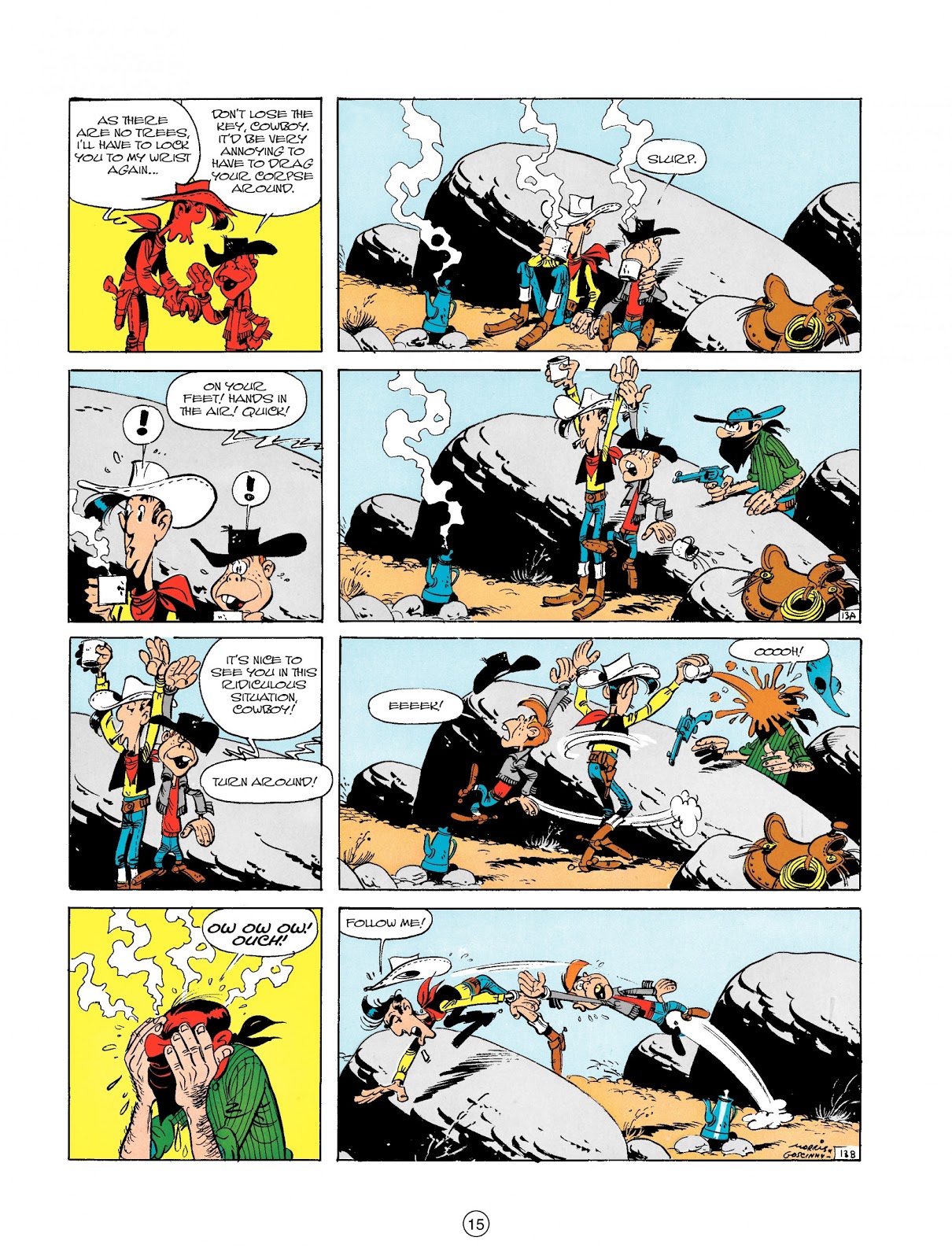 The Escort begins with a surprise as Luke is once again interrupted during other business by the delivery of a telegram from the Texas jail, which he automatically assumes is notification the Daltons have escaped again. They haven’t. Despite already serving a long sentence in Texas, Billy the Kid is wanted by the authorities of neighbouring state New Mexico to stand trial for crimes committed there, and only one man is trusted to escort him.

Despite it being the twentieth in the series, Cinebook launched their Lucky Luke translations with Billy the Kid, wisely figuring that starting a series with writer René Goscinny and artist Morris on near top form offered a better chance of long term success than the cruder early books. Goscinny’s primary joke about Billy was devolving the Western legend to a literal child, and supplying an appropriately juvenile personality. Four years later the creators had accumulated a different set of jokes to fashion around Billy, so he returned for what was his final co-starring role (although he would have cameos in later books).

Goscinny’s a master at constructing viable slapstick scenes, and Morris is a master at drawing them in precisely the right way to maximise the comedy, so The Escort jogs along just fine. It does take a long time before we reach the point when it’s no longer the case that any outlaw could substitute for Billy, as the jokes rarely depend on his personality. Before then the sample art shows the probable reason for his use as Morris repeatedly uses the visual gag of Billy being shorter, and so when Luke raises his hands, the handcuffed Billy’s feet leave the ground. That’s largely of his own devising, as early on he persuades an inept outlaw to free him along the journey.

Throughout the 1960s and 1970s the creators set such high standards that while this is great fun, it’s not quite up to their very best, but that’s so much better than almost every post-Goscinny Lucky Luke.