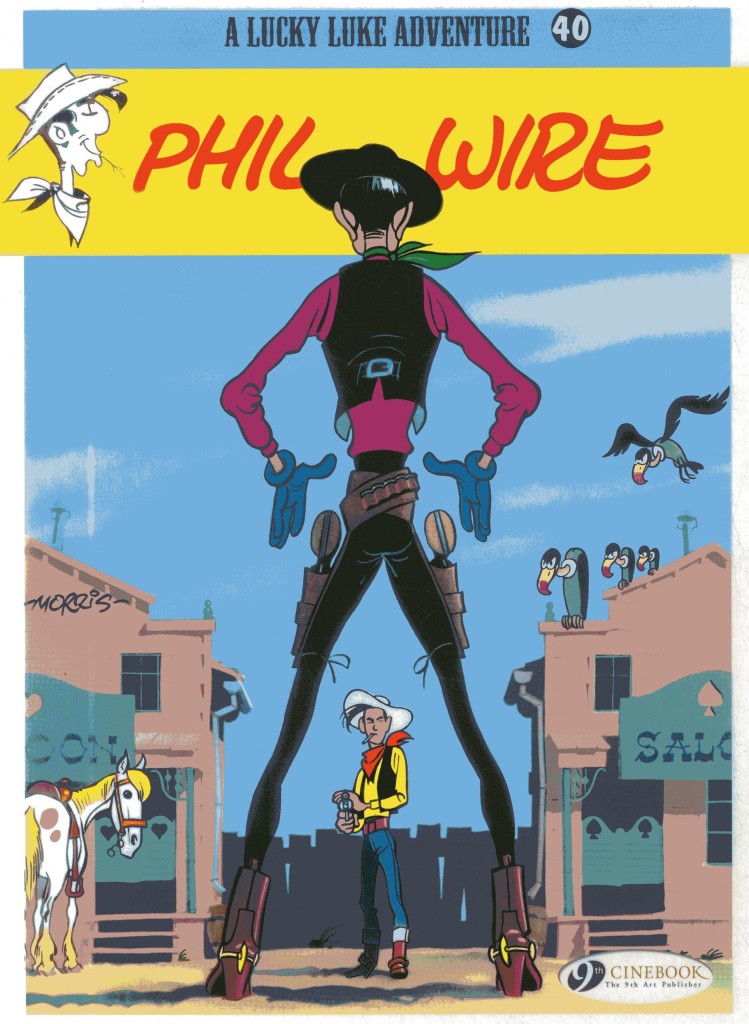 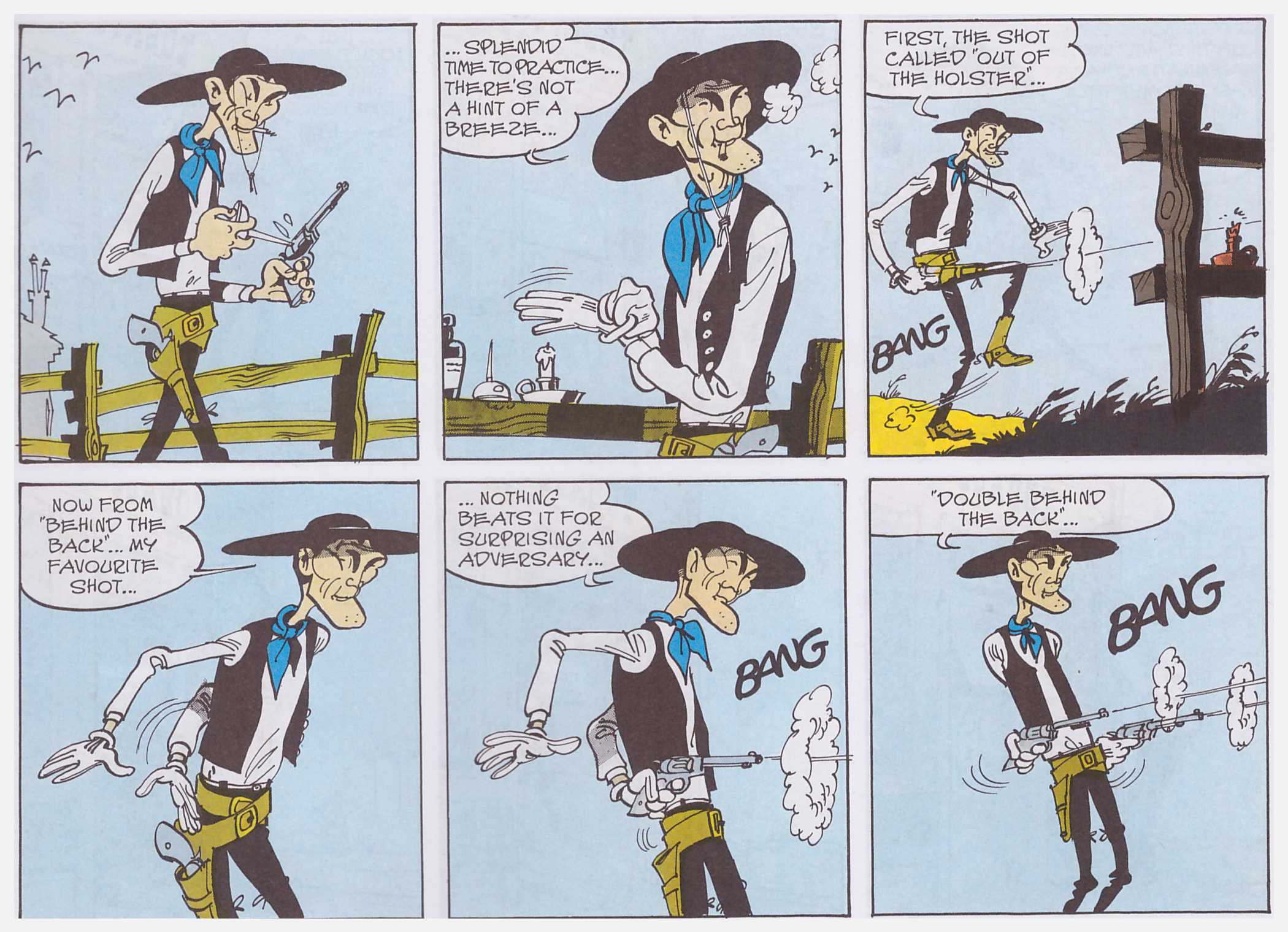 Phil Wire, published in book form in 1956, was the eighth in the Lucky Luke series, and Morris’ penultimate solo work. Writing came harder to him than drawing, and after eight albums in seven years, he’d draw fourteen over the next seven, with René Goscinny handling the plots.

Having noted that, Phil Wire is relatively accomplished, the best of Morris’ solo stories after the Daltons-inspired Outlaws. The titular character is a pastiche of stock Western villain Jack Palance, tall and deadly, and he first crosses paths with Luke as the pair wrestle for the remaining place on a stagecoach out west. Wire leaves the note from a crooked saloon owner on the seat, found by Luke when he takes the stage.

The saloon owner wants rid of the neighbouring saloon and competitor, and Luke decides to masquerade as Phil Wire as he investigates the situation. It’s not until a few days later that the real Phil shows up.

Morris’s script is filled with several good running gags, his fascination with undertakers providing a couple, not least that this particular specimen has the odour of formaldehyde about him and a sickly green complexion. Much else is slapstick, but it’s well-produced slapstick, set-up, signposted and effected.

The cartooning is odd. Having decided to depict Phil Wire as incredibly tall and thin, which works for visual gags, Morris draws saloon owner O’Hara out of scale, constantly dominating any panel he’s in. This has a disorienting effect.

A shorter tale, ‘The Pill’ closes the book, and it’s also a well-plotted story, about a 98 pound weakling who arrives in town and cleans it up. The bulk of it is a variation on Mister Magoo cartoons, with the short-sighted stranger manufacturing success via a series of impossibly fortunate incidents not witnessed by others. The ending is rather over-telegraphed, but everything else works to plan.

Lucky Luke would be vastly improved for having a regular writer, but this shows Morris was getting there on his own. In chronological order (rather than the random Cinebook publication order) the next album is Rails on the Prairie, the first collaboration with Goscinny, which isn’t as good as this. Both are also included in the the third volume of Lucky Luke: The Complete Collection.