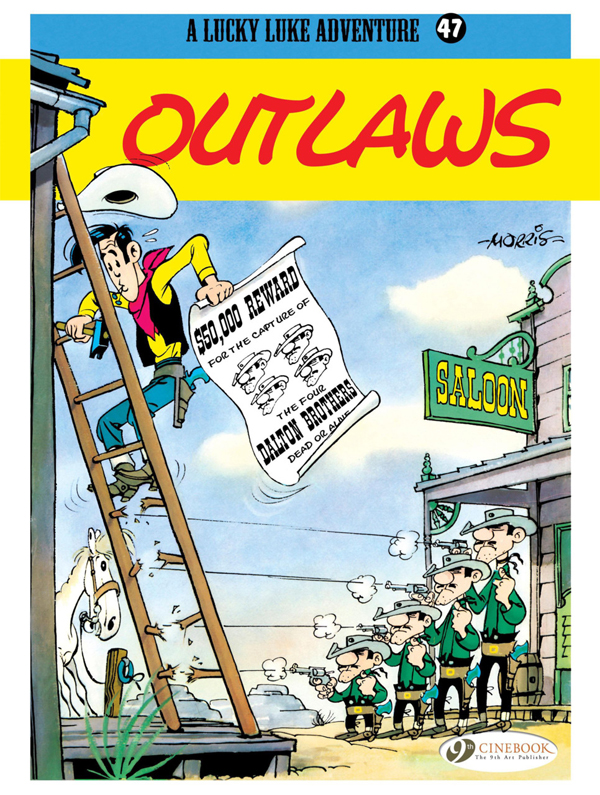 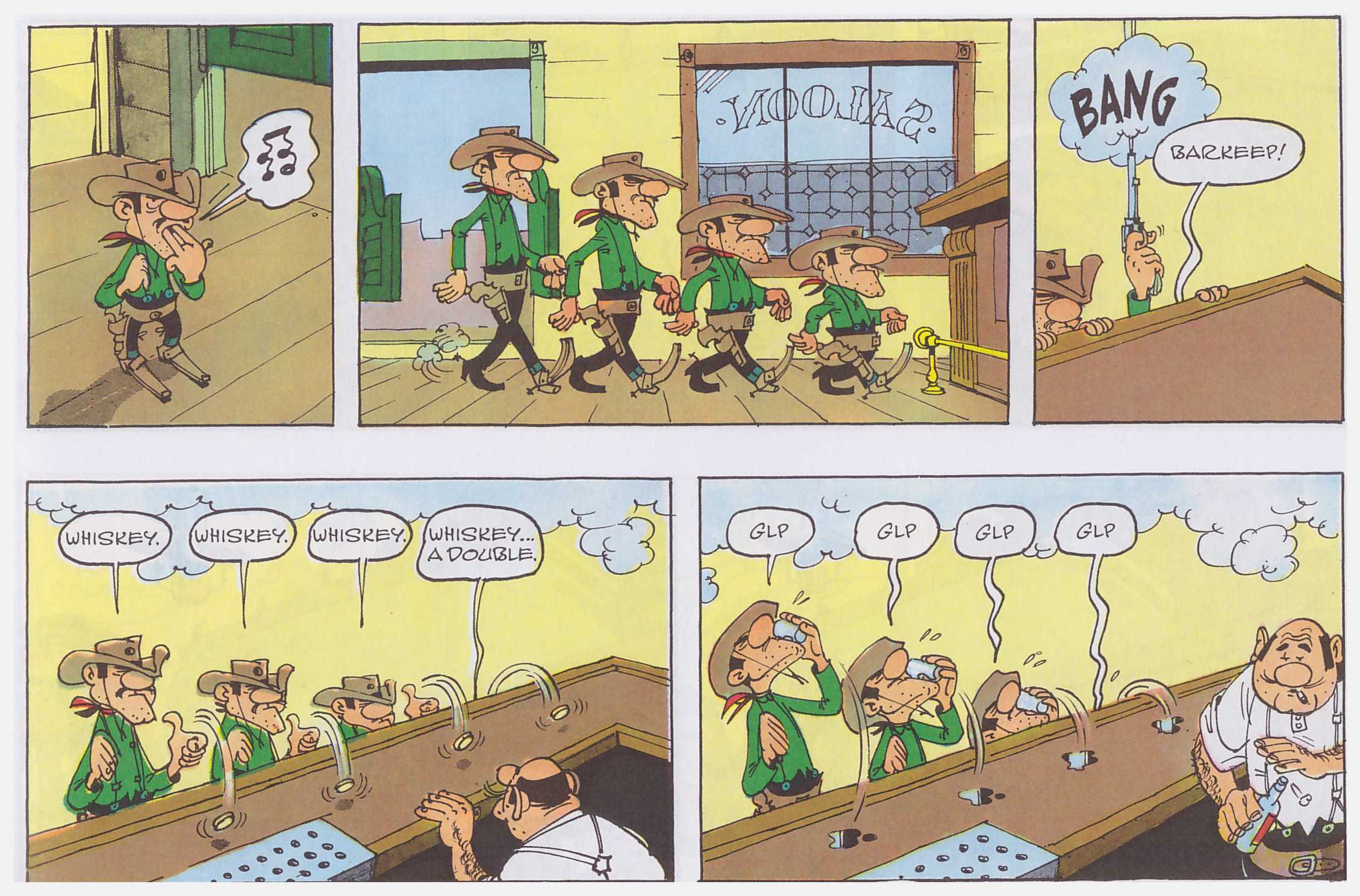 This is the sixth Lucky Luke book, featuring two tales originally serialised in Spirou in 1951 and 1952. With them Morris struck gold. He introduces the Dalton Brothers, and unlike Luke himself, they’re fully formed from the start.

The cover displays the gag opportunities available with four otherwise identical looking brothers of varying heights, and Morris plays them for all they’re worth from their very first conflict with Lucky Luke in a bar over which the smallest of them can’t see. They’re introduced in identical poses staring at their wanted posters. These are nailed to a tree in a column from tallest Dalton to smallest.

Before they meet Luke, Morris establishes the Daltons as desperadoes through a series of comical robberies. He also reveals them as not the sharpest tools in the box, when they attempt to split $10,000 four ways via an immense sequence of complex mathematical calculations drawn in the sand with a stick.

The first of two stories here is, by some distance, the best Lucky Luke material before the arrival of René Goscinny as writer. Morris relished the visual choreography the Daltons offered, constructed some good gags around them, if not quite as adeptly as in his later material, and gives them an extended run out. This is still quite episodic in nature, but propelled by far stronger characters than in earlier books.

A second story features the Daltons as the subject of a tall tale told by a boastful candidate for Sheriff. Luke and some pals decide to teach him a lesson. This doesn’t match the first material, stretching a slim gag a long way and in somewhat contrived fashion.

The Daltons would be back in The Dalton Cousins, and by that time Goscinny was also on board as regular writer, sharpening the plots.the stories from Outlaws are restored to their original publication order in the second volume of Lucky Luke: The Complete Collection. 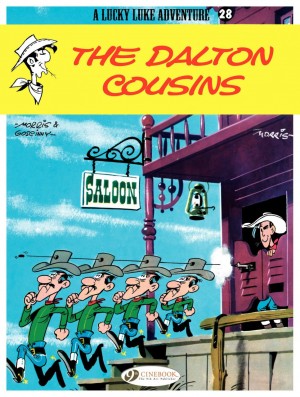 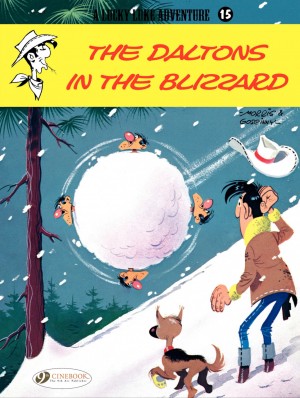 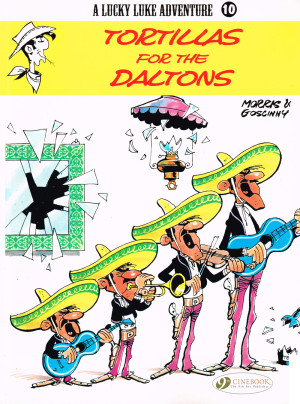 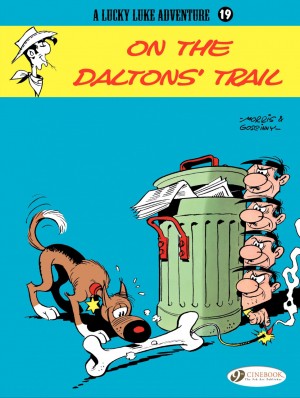