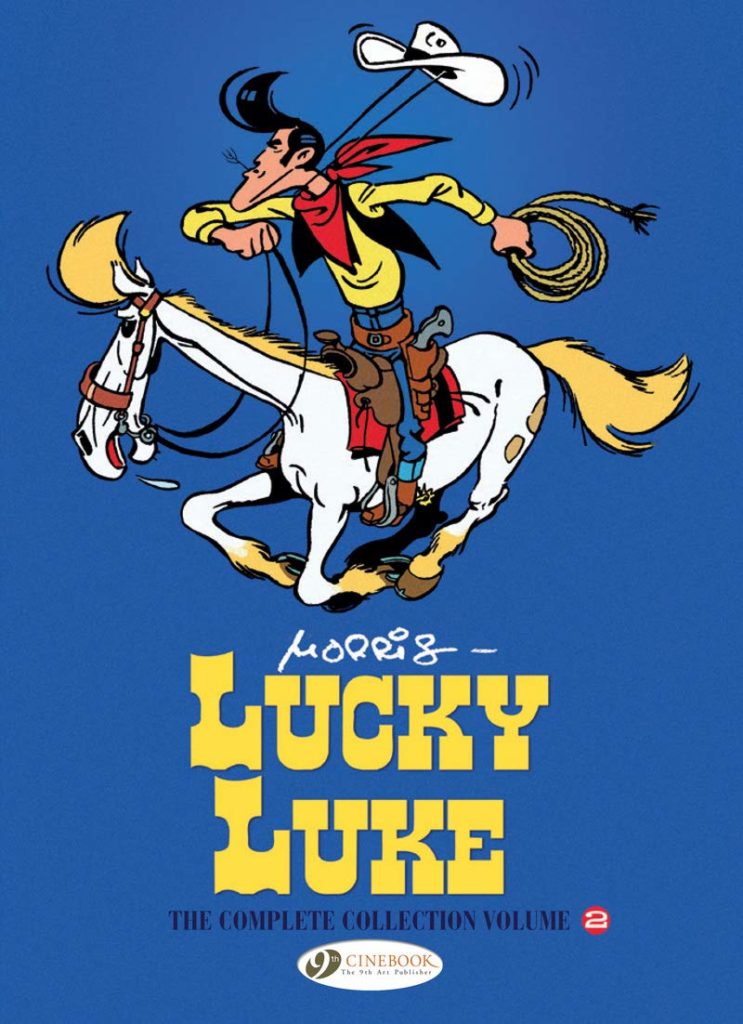 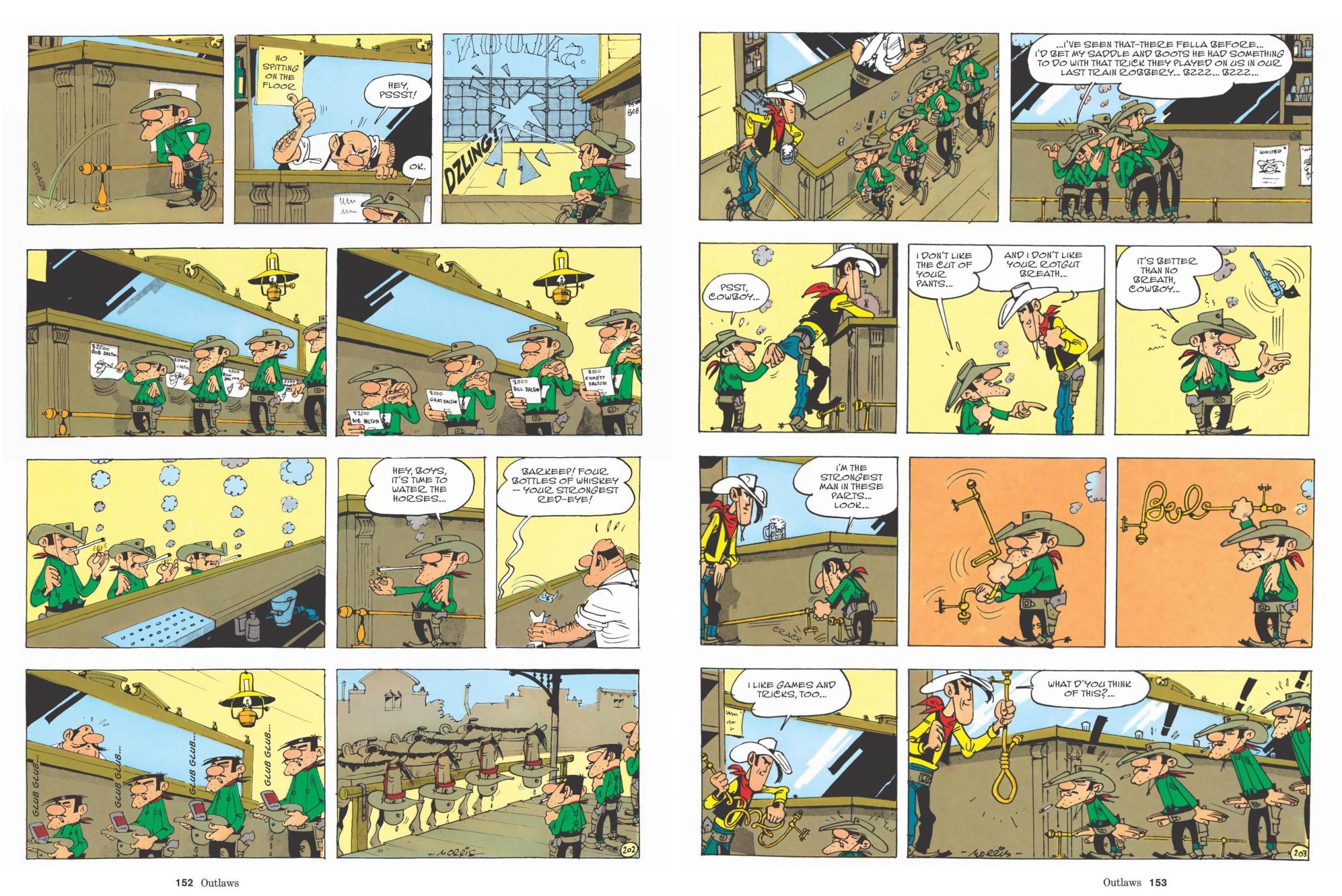 This second volume of Lucky Luke: The Complete Collection takes the same cultured approach as the first, prefacing more of the earliest Lucky Luke stories with a vastly informative contextualising essay from Christelle and Bertrand Pissavy-Yvernault. It notes Morris was actually living in the USA and Mexico during the time he produced most of these stories, and while it was a good half century after Luke’s time, the landscape remained substantially the same. His time in Mexico had greatly influenced a story from Volume One, yet there’s little of the sceneryMorris travelled across in these stories.

Cinebook continue their welcome resequencing of the stories to reflect Morris’ creative progression, presenting them in the order they were created between 1949 and 1952. While Lucky Luke albums appeared from 1949 reprinting strips from Spirou, they didn’t reflect the chronological order, and these versions have remained in print. Morris continued to refine his design for Luke, and by 1952 he was almost the character seen ever since, only the use of black dots for eyes marking him as not yet the finished version.

It’s mentioned in the preface essay that Morris realised Luke needed a greater challenge than the thugs he’d mopped up until now, and so he put more effort into creating the bad guys. Trigger Joe in the opening story is the first of new breed stepping away from standard toughs, deceitful rather than brutal, and strangely not given his full name until the final pages. However, it’s not as if Luke needs to outwit him, whereas gambler Pat Poker was constructed for the long term, yet only ever seen in the two stories featuring in Lucky Luke Versus Pat Poker. It’s with the title strip from Outlaws that Morris struck comedy gold, introducing the Daltons, who took their name from a real life gang of desperadoes. It was the visual aspect that intrigued him the most, four brothers of different heights who were otherwise identical that he could choreograph for comic effect. They arrived fully formed, perpetually dim, always acting simultaneously and the smallest of them a raging bundle of anger. Although Morris researched them, at the time he didn’t consider them any different from his other villains, and despite their introduction being by some distance the best story here, in the days when Luke still killed villains, they met a final fate. Reader response led to a sequel of sorts, but it’s padded and lacks the spirit of the first appearance. His future collaborator René Goscinny saw the value, though, and revived the Daltons in the form they’ve been ever since in a story to be published in the fourth Complete Collection.

While the collection includes possibly the only occasion where Lucky Luke is actually employed as a cowboy, the writing doesn’t progress greatly from the end of Volume one. Morris compacts the jokes a little more, but plots meander, particularly those from Under A Western Sky. Morris pulls stock situations from Western films and gives them a comedy twist rather than letting the characters determine what happens, and as good as his cartooning is, it can’t compensate for a flat story. That cartooning, though, is another matter. The sample art is Luke’s first meeting with the Daltons, packed with visual gags and showing the richness of character seen throughout. Morris’ busy larger panels are again wonderful hives of movement, and there’s a notable energy to the illustration.