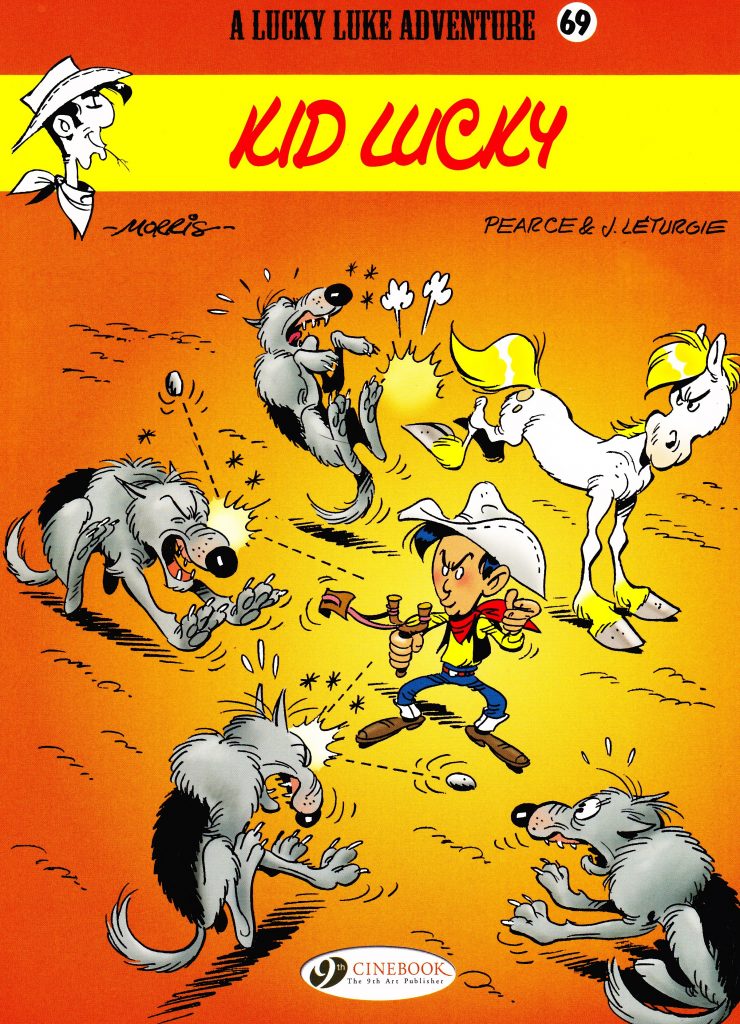 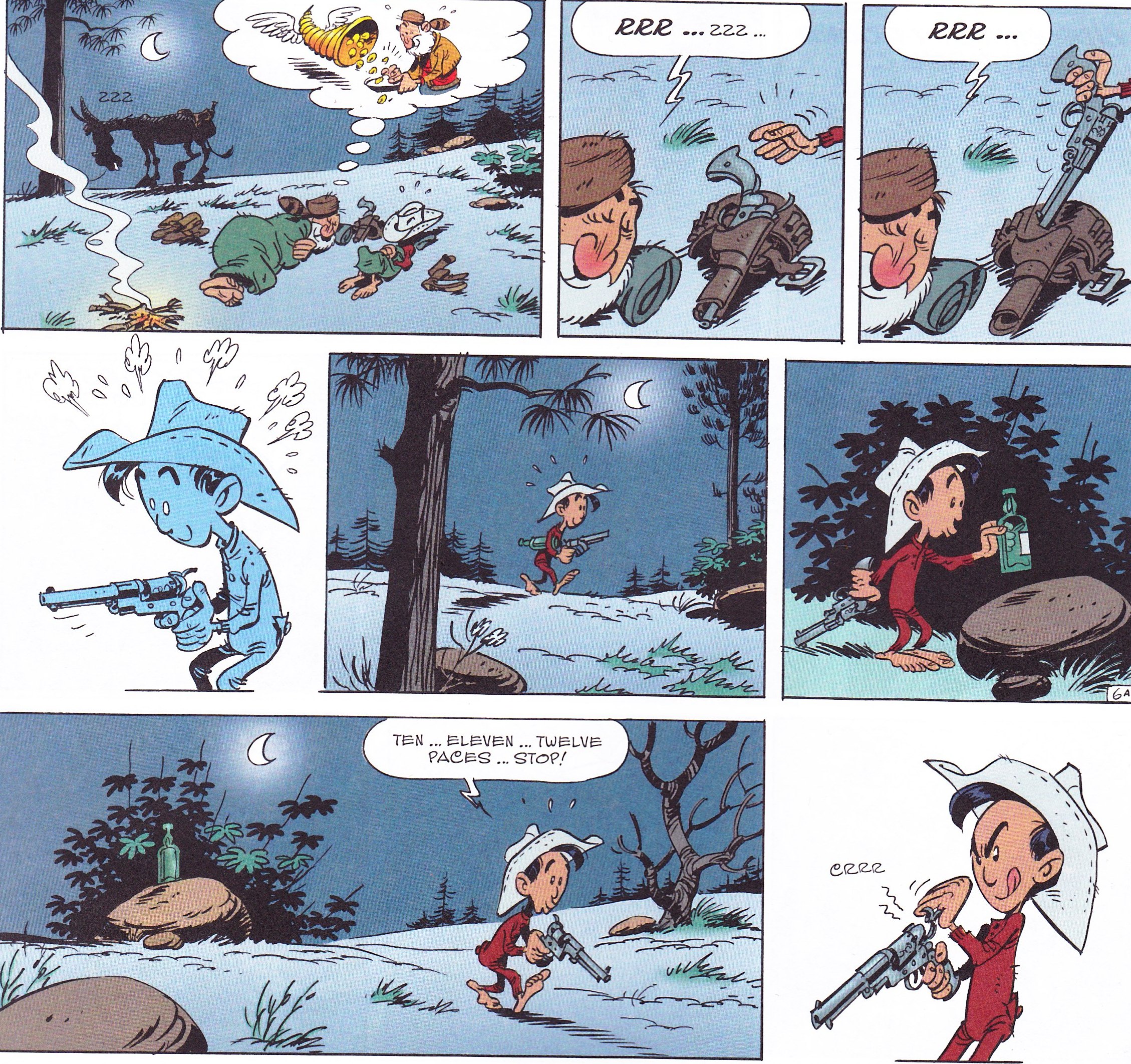 Before he became Lucky Luke he was Kid Lucky, an orphan lad with aspirations of being a cowboy. Only a cowboy has a horse and a pistol while Kid only has a slingshot. To get by Kid cooks and does odd jobs around the campfire for a crusty old prospector with a taste for whisky named Old Timer. The only thing Old Timer likes more than whisky is gold. Boozy Buffalo loves whisky more than gold and points Timer and Kid in the direction of the yellow stuff for a bottle of the golden stuff. When Timer pulls a double cross, Kid is kidnapped and taken to live with his wife and it looks he’s not the only one. Will Timer notice and help out or will Kid have to rely on his own wits?

When the European edition of Kid Lucky was published in 1995 the Western genre was experiencing a revival unseen since its heyday petered out in the 1960s. Thanks to the commercial and critical success of films like Dances With Wolves, Unforgiven and Last of the Mohicans the Western was popular again and movie studios capitalised on it. It fizzled out around 1995 but the irony that Lucky Luke has been around since 1947 when the Western was at its most popular- and thrived- is not lost on co-writers Jean Léturgie and Pearce (itself an alias for writers Yann and Didier Conrad). This is their parody of the tropes used in those films, particularly the idea of white people assimilated into Native American culture through abduction or adoption. Historically this is accurate and some ‘rescued’ whites did prefer the lifestyle they had with the tribes and went back.  At the time this was probably funny because it pokes holes in some of the tropes it was parodying. The problem is what we know now about the effects of traumatic events like cultural displacement, and the subject matter isn’t exactly funny any more. With the truth about the treatment of the First Nations and other American minorities becoming more accessible and better researched, it is increasingly difficult to see the joke. The cultural stereotypes are meant to be satirical, but if you aren’t familiar with the Western (who is nowadays?) you won’t get it. Coincidentally it is funnier if you look at the scenarios through the lens of current politics. The best way to view it is as the story of how Lucky Luke and Jolly Jumper met and became a partnership.

Fortunately the artwork by Morris is very good, with the cast richly drawn in his typically vibrant fashion. There are places where the cartooning appears sparse but the sequences between Kid and Jolly are fantastic and fun. It is very difficult to really find anything wrong with the illustrations, so if you manage separate the art from the dialogue, you’ll probably be pleasantly surprised.

Odds are that Kid Lucky will appeal more to readers who remember the appeal of the western genre, so movie buffs and old guys then. Lucky Luke’s 50th anniversary is celebrated in The O.K. Corral, and Kid Lucky returns in Oklahoma Jim.