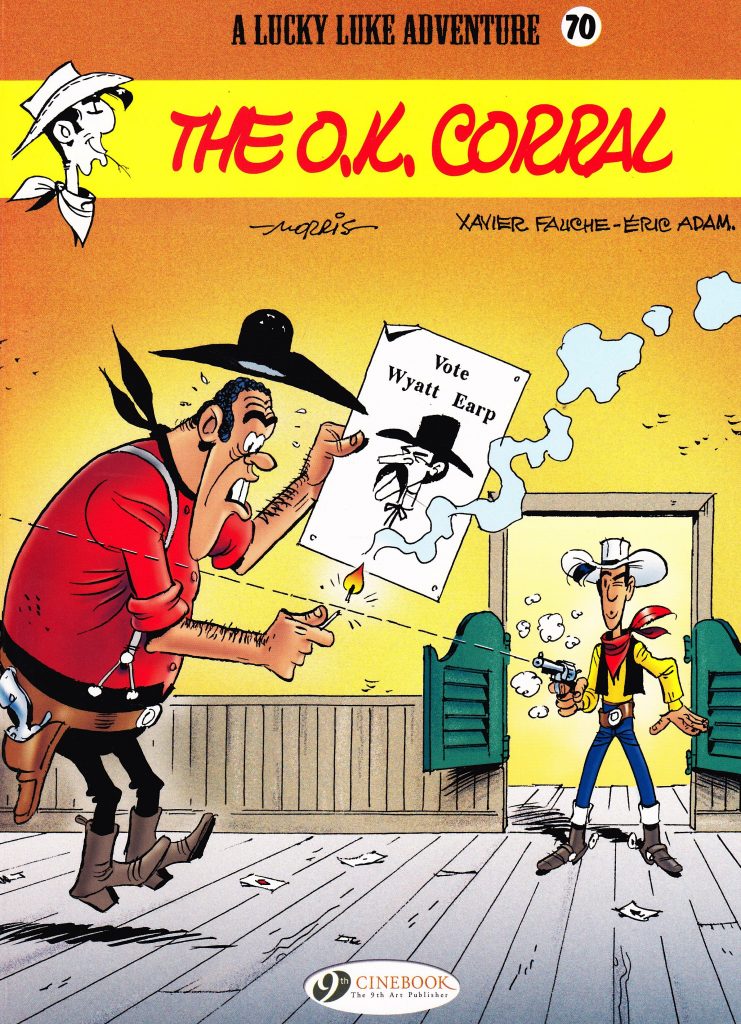 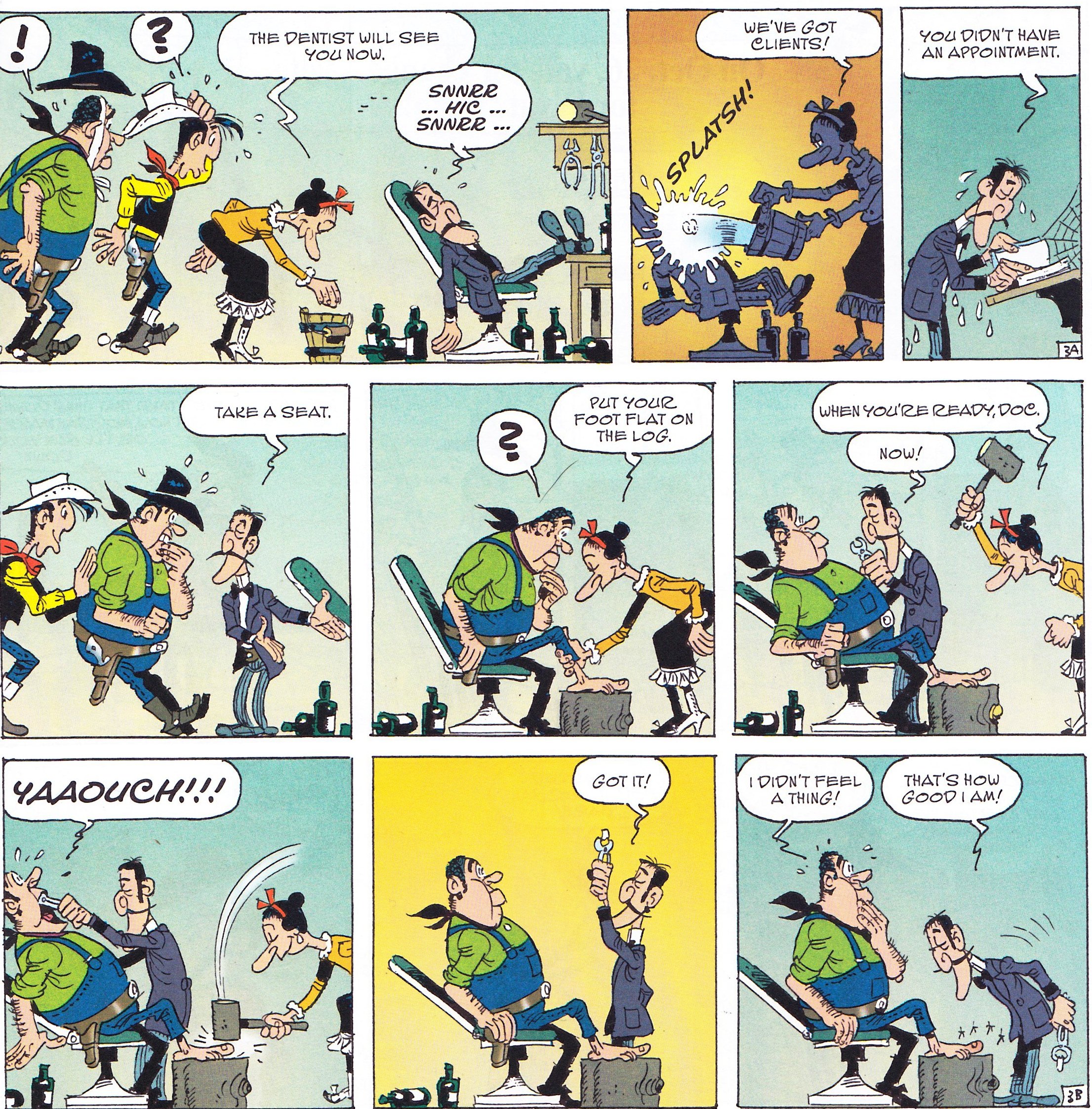 In 1997 Lucky Luke celebrated his 50th Anniversary with the release of The O.K Corral. Illustrated by creator Morris and written by Xavier Fauche and Éric Adam, it’s an alternative retelling of the gunfight at the O.K Corral in October 1881.

Lucky Luke is helping his friend Tom Taylor drive cattle to Abilene when Tom’s toothache forces them to stop in Tombstone. After seeing the local dentist, Doc Holliday, they hear about the town’s Mayoral election. Old Clanton is the long time mayor of Tombstone and his family likes things that way. His previous rivals withdrew their candidacy or retired to Boot Hill. Wyatt Earp and his brothers aren’t perturbed, and Wyatt intends to become Mayor by doing it democratically. The Clantons are not so interested in democracy, so when Luke stops one of Clanton’s boys from shooting an Earp, he makes some new enemies. Now history will be rewritten the Lucky Luke way.

To celebrate Lucky Luke’s big Five-Oh Morris has put the effort in to make the occasion memorable and fun, keeping Lucky Luke centre stage. At this point in his career drawing panels and panels of detail are beyond him, but his cast is still wonderful. They look clear and focused, the art is deliberately kept simpler to facilitate that. Morris still has some of his old spark, things like the posters on the walls very humorous and the cast moving well on the page, while Fauche and Adam keep the plot straightforward and clipping along at a steady space.

The O.K. Corral doesn’t hit the same heights as Morris’ golden era with Rene Goscinny, but it does feel like Lucky Luke. It’s vivacious, light-hearted, very readable and has a few decent jokes, which ranks it almost the best of Morris’ 1990s work.

Up next in Cinebook’s chronology is A Cowboy in Paris, while the European album that followed The O.K. Corral, Oklahoma Jim is as yet not translated into English. 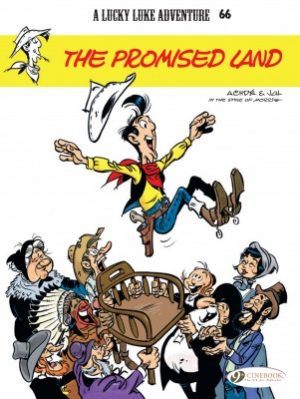