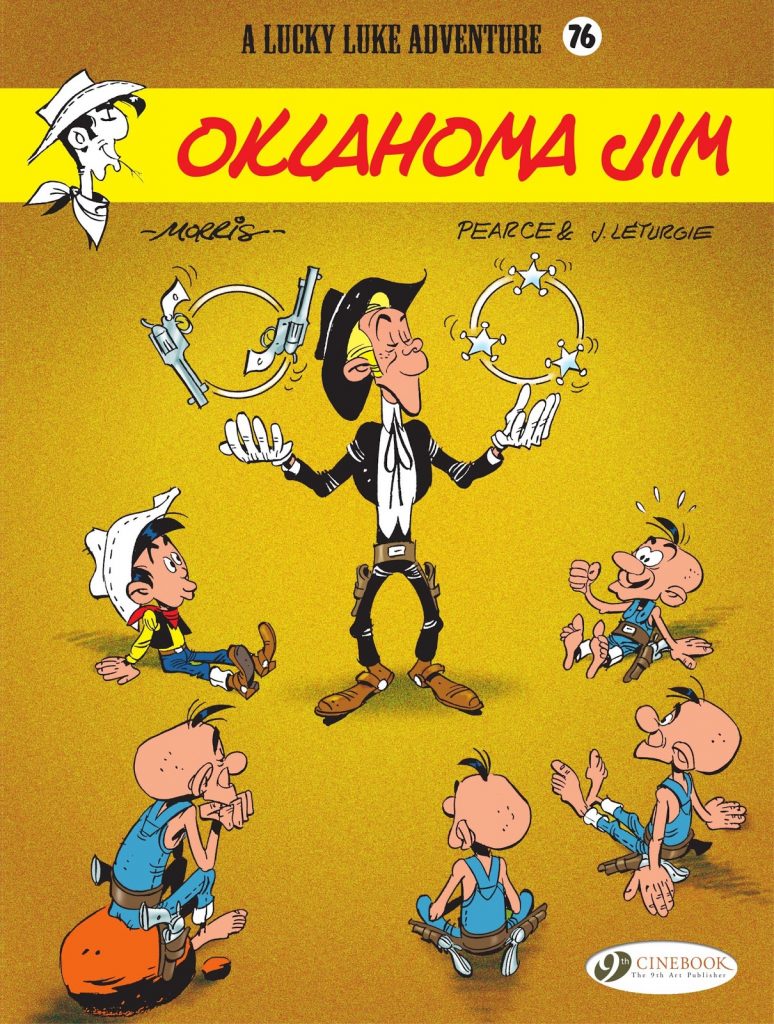 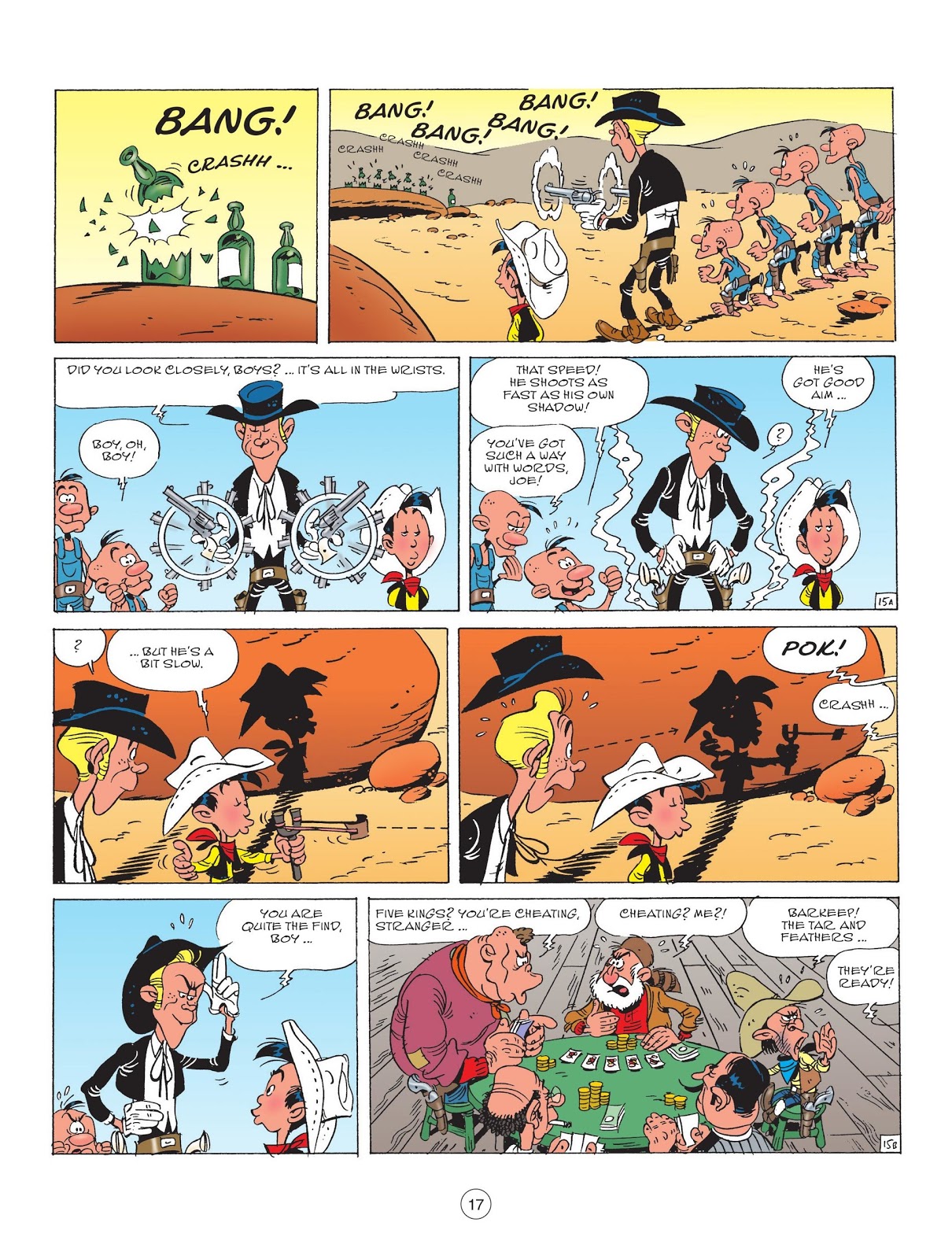 In all the years of Lucky Luke, we’d never seen him as a child before Kid Lucky. As with that book Morris is credited by Cinebook for contributing art, which respected online sources consider to be solely the work of Pearce, itself a pseudonym revealed post-publication to be a combination of Didier Conrad and Yann (Le Pennetier). Conrad’s amusing Wikipedia entry explains the circumstances. As well as sharing the art, they collaborated on the writing with Jean Léturgie, on what was strangely intended to provide Luke with an additional appeal to a younger audience. The message doesn’t appear to have percolated to the creators, who relish the disreputable characteristics of Old Timer, the miner whom Luke accompanies, and include other items the regular Luke creators would think twice about. Would they have someone knocking out a little girl with a gun handle?

In the opening pages Old Timer can’t wait to head to the bar, so dumps Luke off at the schoolhouse, and the plot generated from that sees him round up the young Daltons for school, where a bandit named Oklahoma Jim also turns up, fixing to remedy the deficiencies in his education. The story purpose is to fill in items that made Luke what he is, and Oklahoma Jim is a dead shot who doesn’t mind teaching the kids shooting, while his attitude accompanies him. On being identified as a bandit he proudly responds “that’s what they sometimes call free broncos in a world of sheep”.

The Pearce artwork is fine – Conrad would later be chosen to continue Asterix – but with Léturgie they swerve the story all over the shop as if plotted week by week, attempting to work past what’s an inherently poor concept. Luke is always cool, always in control and almost unflappable, therefore substituting the adventures of a plucky, but naive kid removes much of what we enjoy about Lucky Luke. Even beyond that there’s a lack of invention. The jokes are rationed, and occasionally strained, and if the aim is to fill in background, why is he called Lucky Luke?

However, Kid Lucky is the poor idea that won’t die. Achdé has revived him in the 21st century, and in 2020 it was announced an animated show is to be built around him.