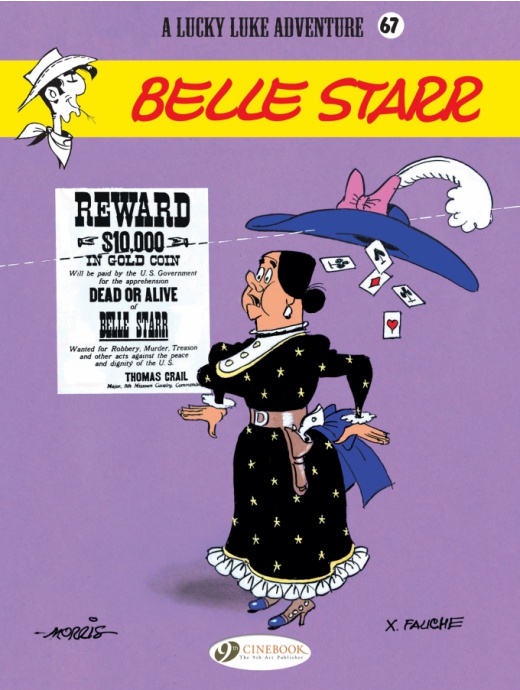 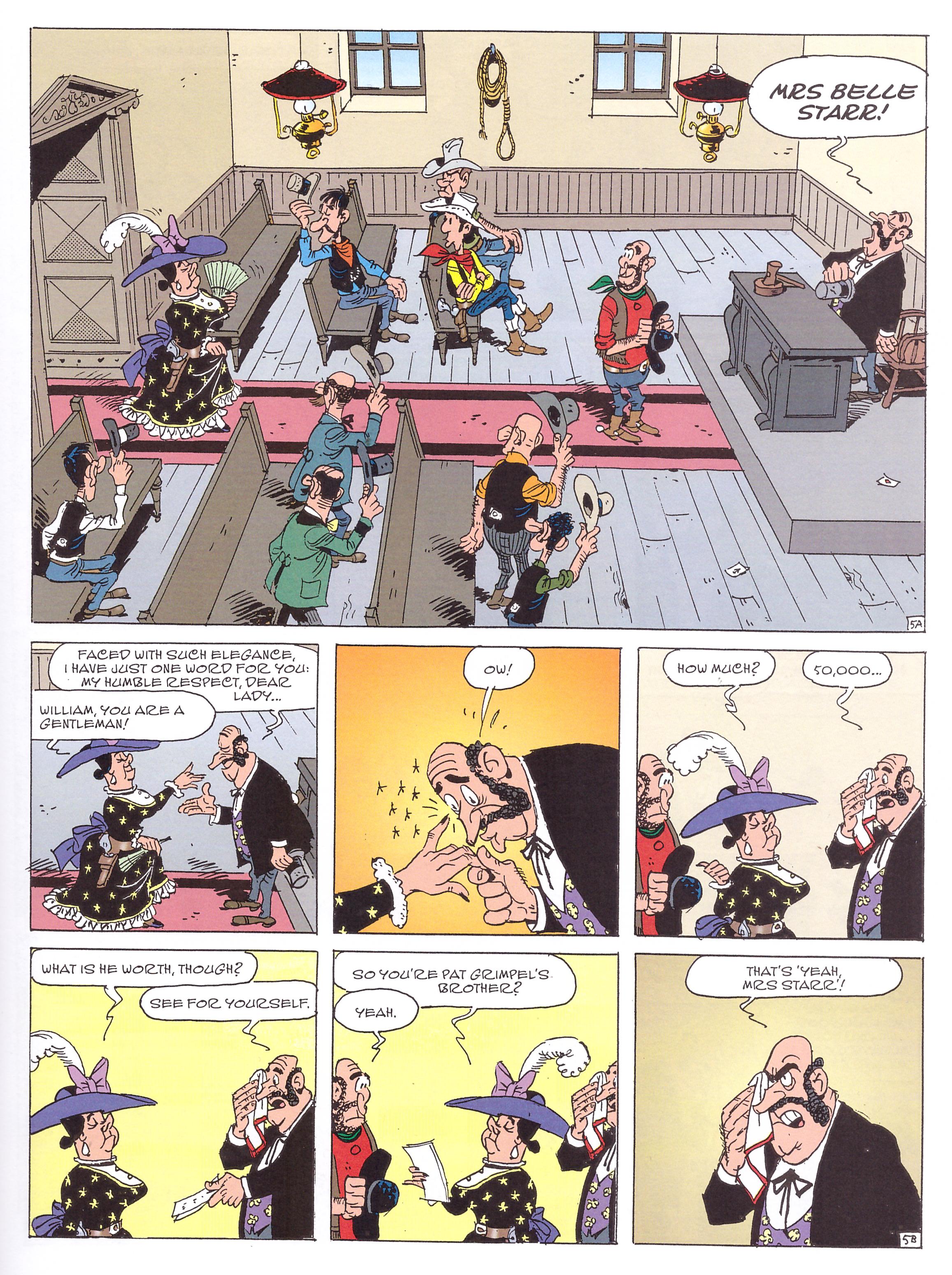 The older Lucky Luke books introduced characters based on real Western figures. It’s led to the strange situation of the Daltons being far better known for their comic exploits than the robberies they carried out for a brief spell in the 1800s, and the comedy version of Billy the Kid also features in Belle Starr. In featuring Belle, Xavier Fauche continues the tradition, with the book providing a picture of her real life counterpart along with a biography of her and other historical figures used.

This Belle pretends to be a respectable pillar of society while in fact operating a horse rustling and robbery commune from her ranch. She bribes the corrupt judge to have criminals released to her care, and then sends them out on robberies, much as the real Belle Starr did. Fauche’s plot moves along nicely, exploiting misunderstandings and keeping the focus on Luke, who’s appalled at the situation, but wily enough to figure a way around matters. Fauche is the only Lucky Luke writer who regularly includes the back cover joke of Luke firing faster than his own shadow in the scripts he writes, and at one point it becomes pivotal on a photograph. As well as the Daltons and Billy the Kid, Fauche also includes Ma Dalton – “this is dreadful news you bring! My boys ain’t old enough to associate with a woman” – and the other historical figures he features are Judge Parker and George Maledon. The former was notorious for sentencing guilty criminals to hang, and the latter was noted for the techniques employed in carrying out the sentence.

For a 1995 book, the racist caricature of a Chinese cook is disappointing, all the stranger for Morris having a prodigious talent for creating distinctive characters, prompting the wonder of how many of them are based on people he knew. You can go back through earlier books, and although there are similar types, Morris differentiates between them. A thug from central casting, one Bartholomew Herbert Gimpel by name, is delivered to Sheriff on the opening page and Morris takes the care to give him unique features. The same applies to the vicar, and the judges. As there are no manic action scenes this is standard work from Morris, but his standard work tops the best of many cartoonists.

Much the same applies to Belle Starr as a whole. It provides a few laughs, and certainly doesn’t disappoint, and that would be good enough from another series, but the quality level for Lucky Luke is set so high, this doesn’t rank with the best albums.

There’s little continuity to Lucky Luke, so the reading order doesn’t matter, but for anyone wanting to follow the original publication order Klondike isn’t yet available in English. Cinebook follow this with the slightly earlier Fauche and Morris collaboration Bridge Over the Mississippi. 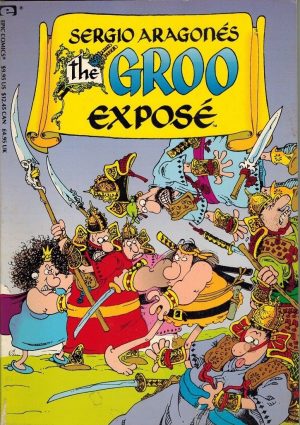