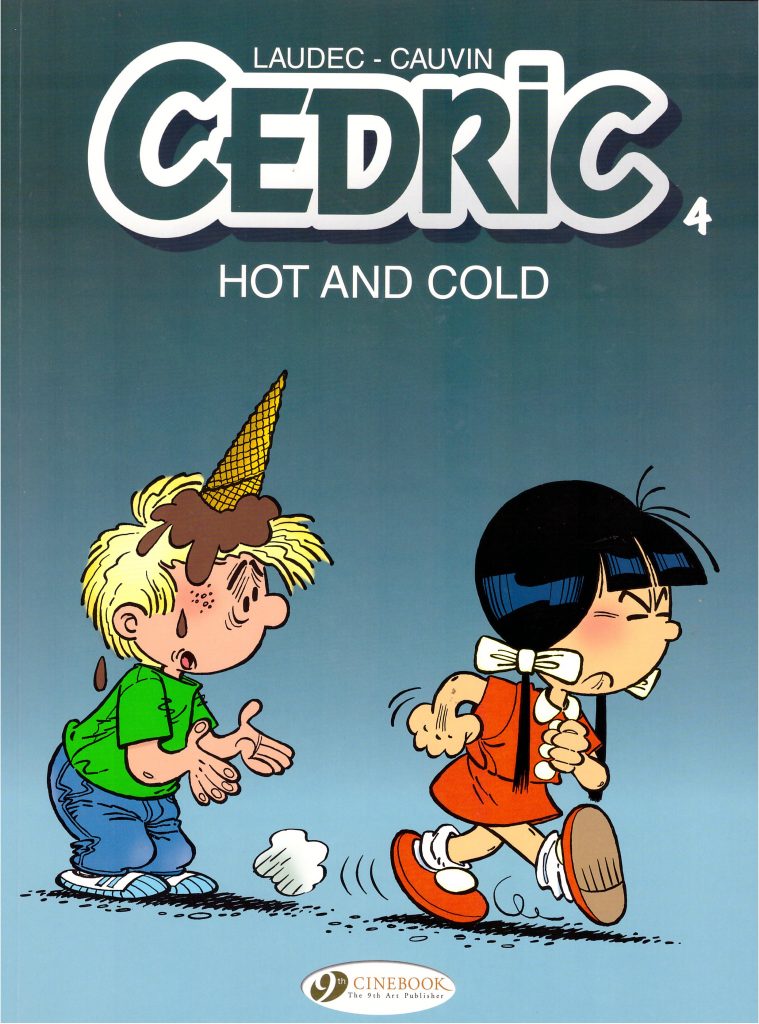 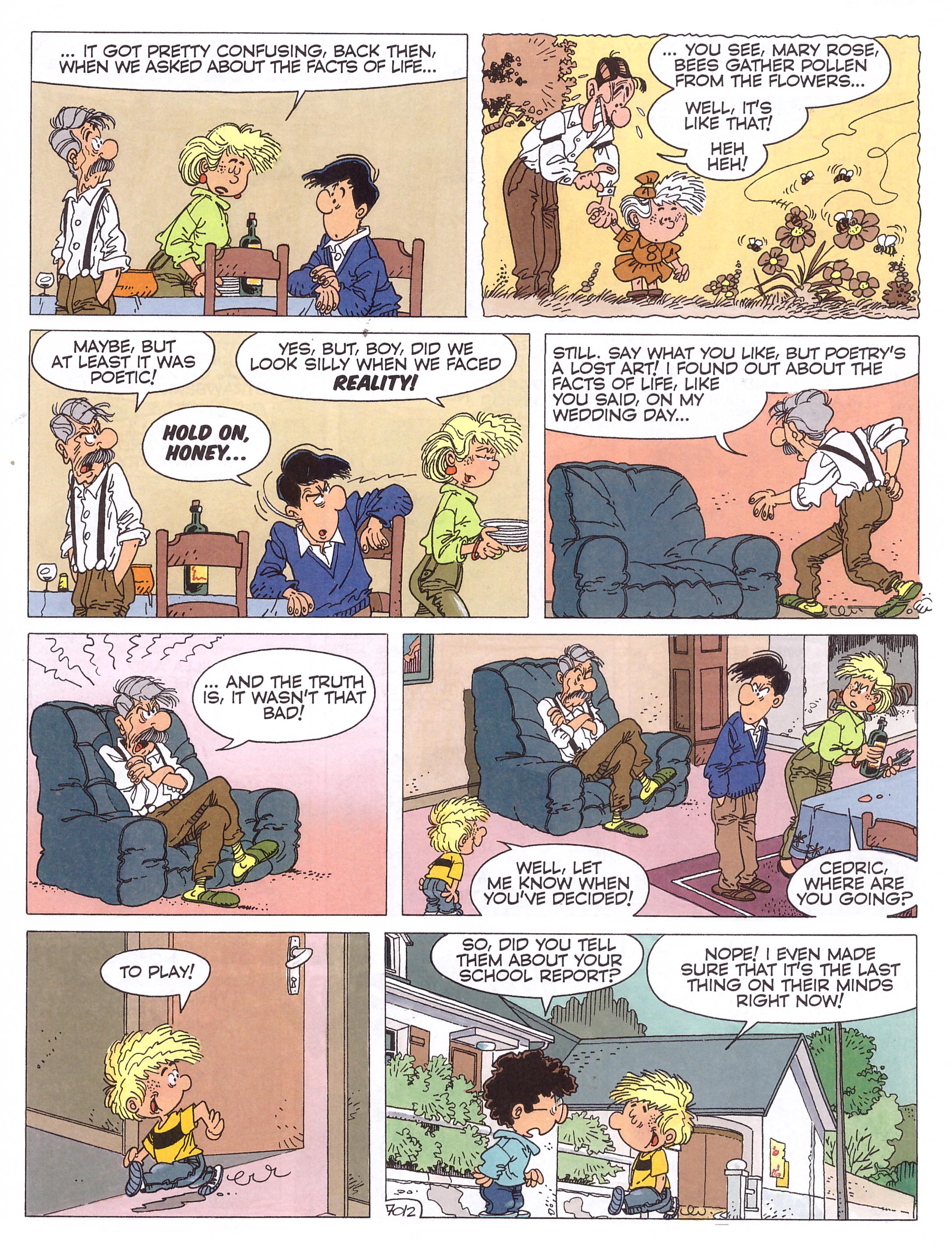 The funny domestic comedy centred around a young boy continues in a new and improved format from Cinebook. Chen, the object of Cedric’s innocent pre-pubescent lust, no longer has dialogue deliberately mispronouncing her words. This is a translation modification rather than writer Raoul Cauvin altering his approach, as strips in 2018 issues of Spirou still have Chen mispronouncing words for supposed comic effect. In English, however, the alteration removes an obstacle to enjoyment.

With Cedric, Cauvin and excellent cartoonist Laudec have hit upon a formula that seems to be safe and complacent, but actually finds a place for some subversive jokes and regular surprises. It’s not every family strip where a kid is blackmailed by his grandfather, for instance, or which deals, even fleetingly, with the depression in the old about approaching death. Cauvin mines both subjects for jokes, and comes up with something good each time. A new recurring joke is added with the idea of Cedric’s father’s annoyance at being referred to as a rug salesman. He sells carpets, and there’s a mild pathos at his being adamant there’s somehow a difference, an indication of his own disenchantment. It’s with such subtle touches about the adults that Cauvin’s scripts shine, and their use has increased from a start in knockabout comedy with Cedric and his young friends. That still features, and has its moments, but the humour in these strips is generally a more predictable pride goeth before a fall formula.

There’s also a subtlety about Laudec’s expressive cartooning. He’s taken the care to ensure the armchair seen in the sample art appears lumpy and well used, rather than just drawing a generic chair, as that’s where Cedric’s grandfather is most often seen. The lively artwork, sense of place provided by background detail and plain charm Laudec gives the cast can elevate the few occasions when Cauvin’s not quite as inspired.

The translations continue with Grandpa Dives In.