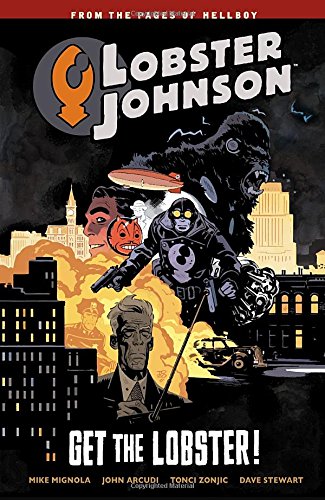 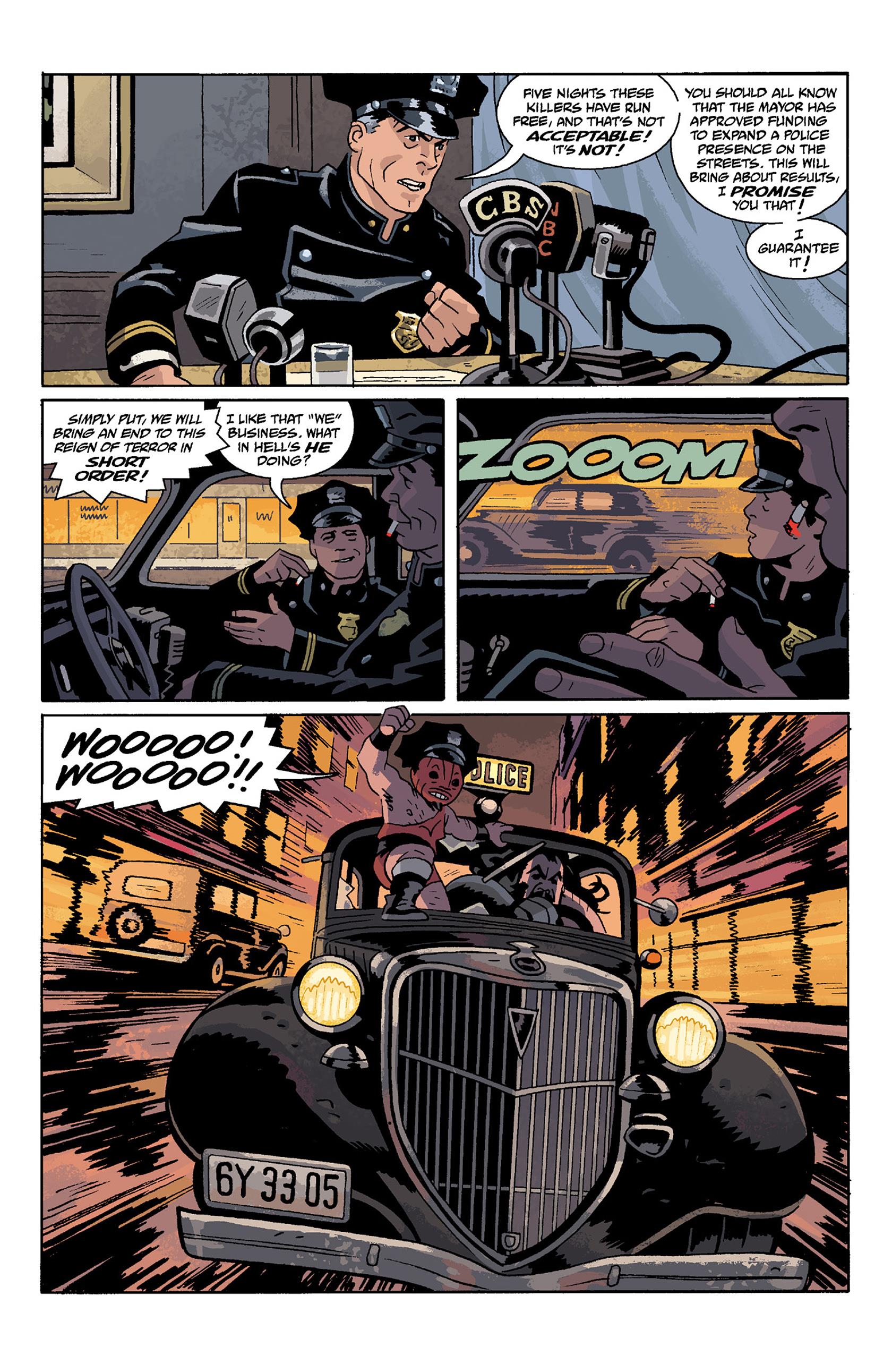 After the episodic Satan Smells a Rat, we’re back to full length Lobster Johnson, with the titular hero dishing out single-minded, two-fisted brutality to those thoroughly deserving of it in the mid- 1930s.

For the first time Lobster also has the net closing in on him. “You radio and newspaper men have made this man a hero and he’s not a hero”, explains the chief of police, “He’s in his second year of a murderous rampage against alleged criminals, and we’ve all let him get away with it”. As if that’s not pressure enough, journalist Cindy Tynan is hard at work on a five part series highlighting what Lobster’s been up to, and researching his background.

That latter item is Mignola and Arcudi both toying with the readers and offering more story possibilities via the introduction of characters from the 1700s onward who’re equally colourful and enticing. It’s in passing, though, as the major problem is people being controlled via radio equipment implanted in their heads. The writers throw a couple of great surprises at us, not the least a battle in a very different New York, while maintaining the high standards they’ve already set.

Zonjić is again exemplary in dropping us back into the 1930s, utterly convincing with his clothes, technology and machinery, now with an even cleaner style than previously and even colouring his work. He follows the established pattern of dark blues and greys characterising much of the scenery ensuring the orange and red highlights really stand out.

If you love 1930s style pulp adventuring there’s nothing being published today that matches the thrills of Lobster Johnson. Next is The Pirate’s Ghost and the Metal Monsters of Midtown.